A one-of-a-kind opportunity to own one of the largest waterfront compound settings in Southampton, is now available. The 12.255+/- acre compound is comprised of two single and separate properties on Meadow Lane and Halsey Neck Lane, idyllically situated steps from the ocean and Southampton's finest beaches. With over 700+/- feet of direct water frontage on Halsey Neck Pond, the property is perfectly positioned to enjoy picturesque waterfront sunrises and brilliant sunsets over the adjacent protected land to the southwest - that can never be built upon.The compound currently encompasses 15,716 SF+/- in totality inclusive of 15 bedrooms and 15 full and 3 half bathrooms between two principal dwellings, two separate guest homes, two pool houses, and three garages. Incomparable amenities are abundant throughout and include two pools, tennis, a private pond, sprawling lawns, mature landscaping and more.Located just one home off the Atlantic Ocean, 359 Meadow Lane is a 5.53+/- acre waterfront retreat, reached by a gated entry and features serene private grounds graced by mature trees and landscaping throughout. The property is complete with expansive lawns, multiple outdoor terraces, a rooftop deck, pool with spa and pavilion, plus a tennis court with a viewing pavilion. Additionally, the property also houses two detached 2-car garages with ample storage space.Arrive at the cobblestoned motor court fronting a contemporary home defined by sleek lines, walls of glass, and abundant terrace space for indoor/outdoor living and entertaining. Natural light floods this sophisticated 5 bedroom, 5 full bathroom, 6,188 SF+/- home thatprovides a seamlessly-laid-out backdrop tailored to modern comfort and thoughtful of every view.Captivating views surround you at your very own waterfront oasis, whether you are lounging on one of the outdoor decks, entertaining on the rooftop overlooking the ocean, swimming in the waterside pool, partaking in a game of tennis, or simply relaxing in elegant interior with water views showcased in nearly every room.Among Southampton's most storied estates, and one of the East End's finest properties, 660 Halsey Neck Lane known as "Four Fountains" is steeped in history, with pedigreed owners and gorgeous grounds.The rare, sprawling property spanning nearly 7 acres is a parklike retreat that has graced the pages of architectural and garden publications. This icon, modern yet symbolic of the old and glorious Southampton Village, is comprised of a grand 2-story main house, 2-story guest house, caretaker cottage, separate green house, 2-car garage with living quarters, swimming pool with pool house, reflecting pool, mature landscaping, and a cherished private pond. Living spaces total 9,500 SF+/- with 10 bedrooms and 10 full and 2 half bathrooms, and 1,500 SF+/- of exterior patios.An enchanting experience takes shape as you proceed down the drive through a short allee of trees to the large paved circular courtyard, where two stone piers topped by bronze Art Deco falcons greet your arrival. Two auxiliary wings framing the main block of the building contain the service rooms, guest quarters and garages. Each corner of this square space once held four outdoor fountains, for which the property is named. Flanking the main house is a sparkling 60' swimming pool to the south and lovely 60' reflecting pool to the north. Four Fountains offers a nearly unobtainable combination of history, art, entertaining, privacy, and nature, all perfectly melded together to create a prime Hamptons estate. Combined, these highly-exclusive properties represent an extremely rare compound opportunity in one of the most idyllic locations in the Hamptons. Such a spectacular waterfront property of expansive acreage-accessible from gated entrances on both Meadow Lane and Halsey Neck Lane-would otherwise be unattainable. 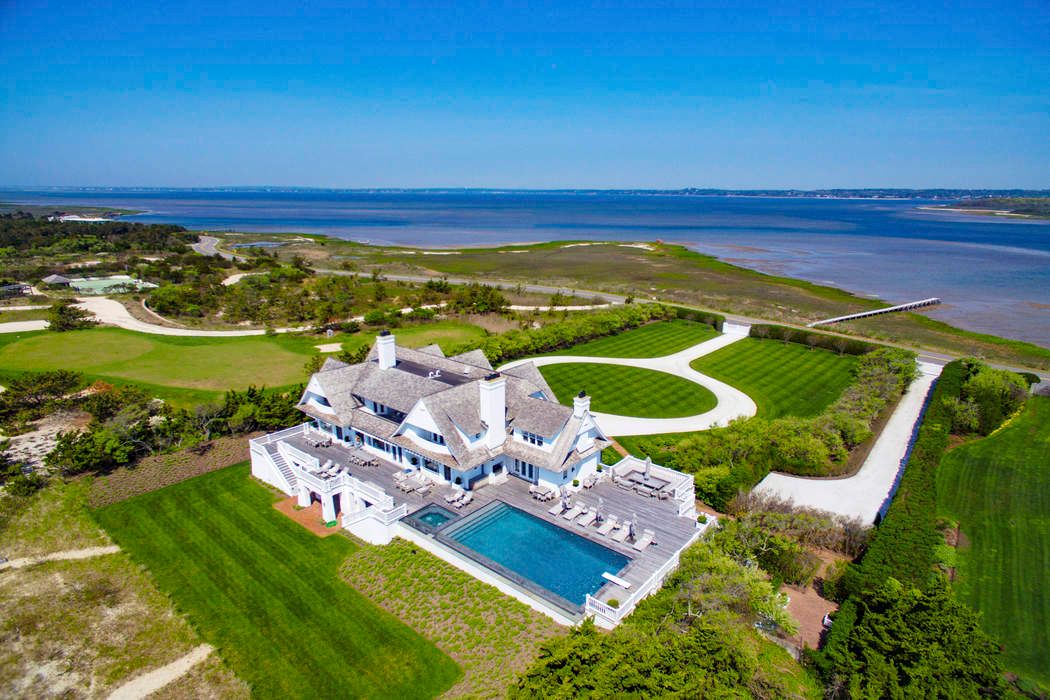 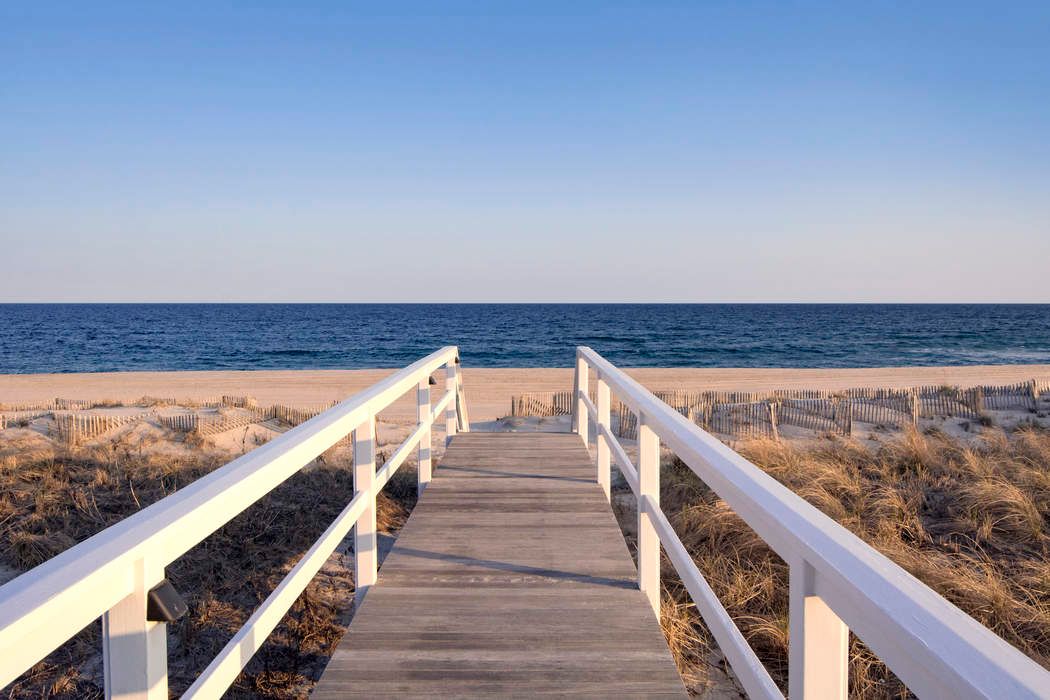 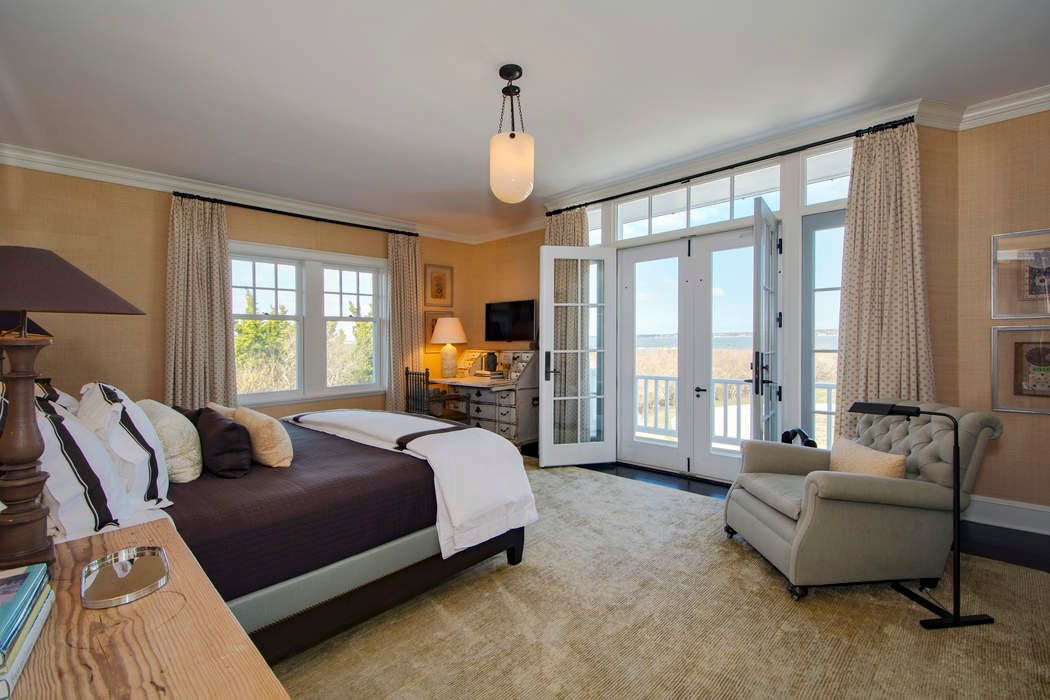 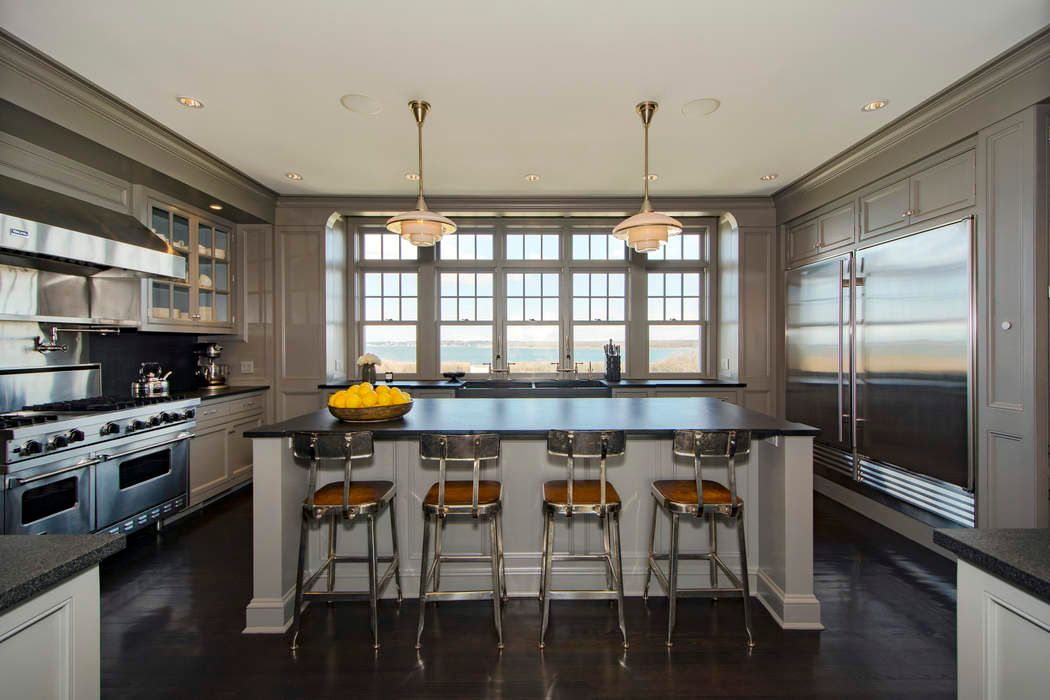 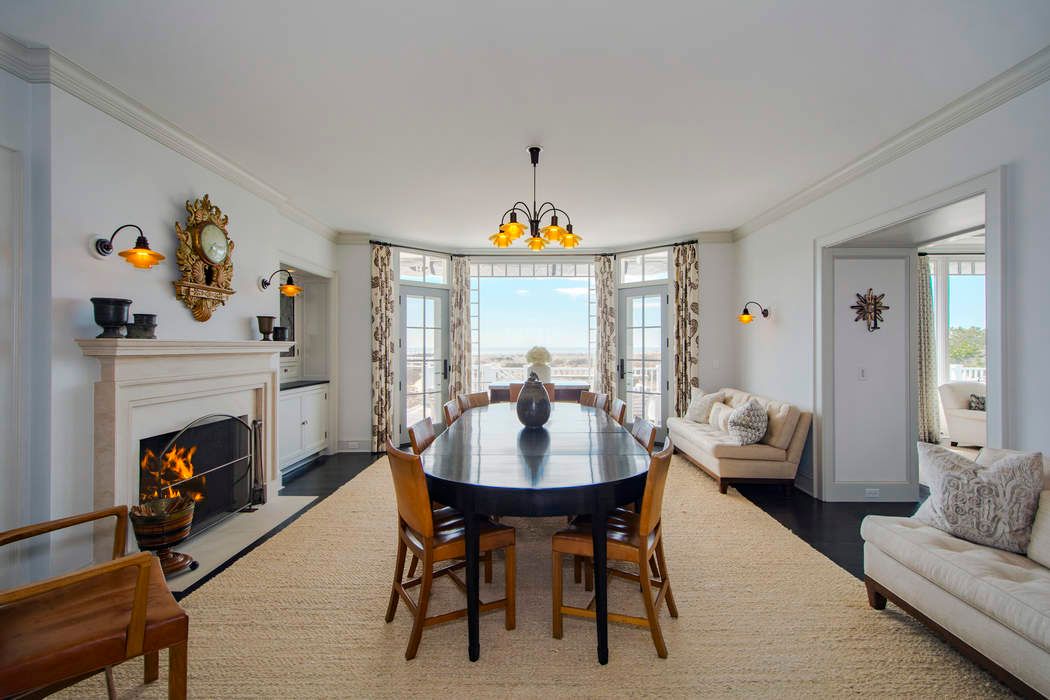 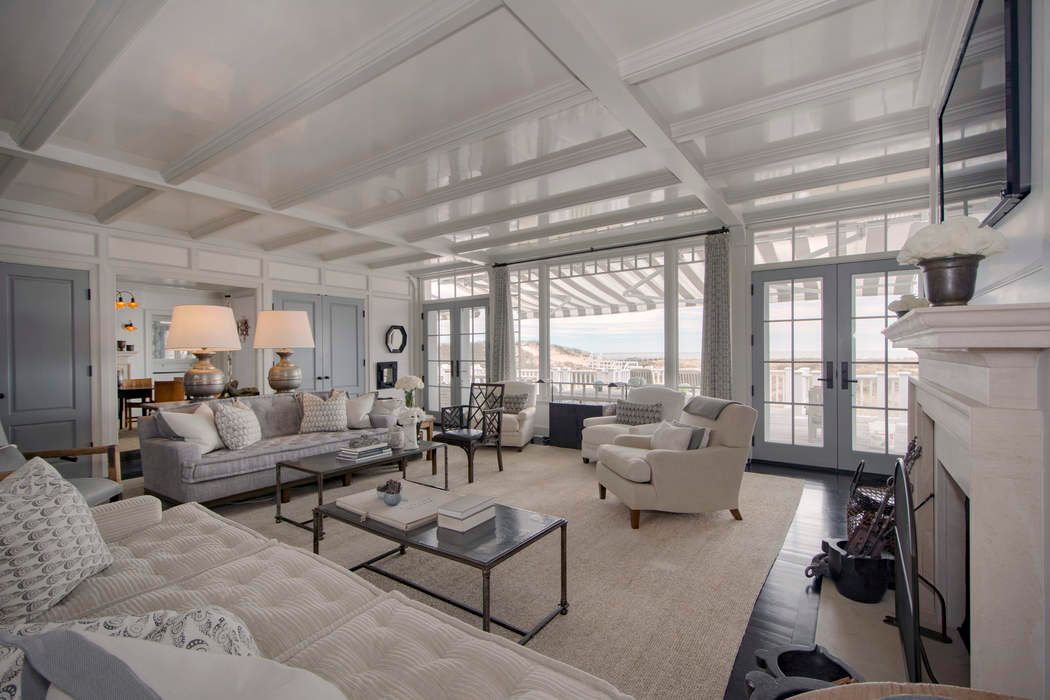 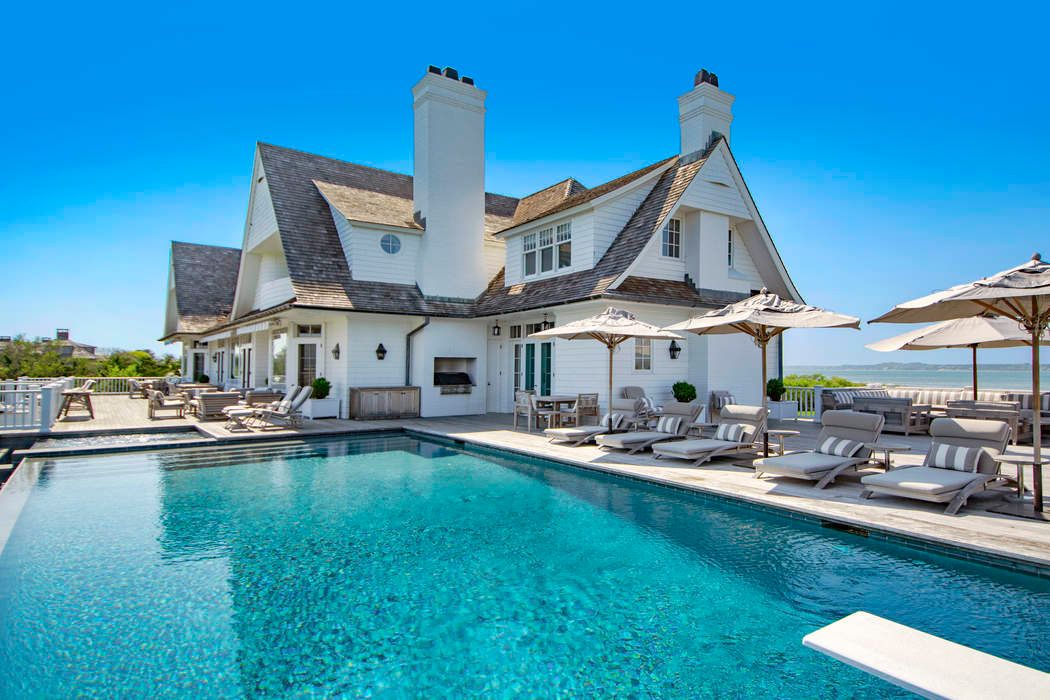 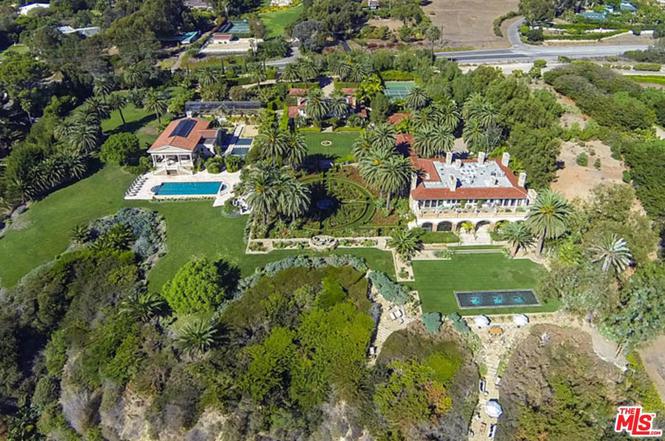 One of the most significant residential compounds in the United States, La Villa Contenta offers the most prime Malibu location with approx. 4.47 acres of exquisitely landscaped gardens overlooking unobstructed views of the Pacific Ocean. This gated estate with the utmost privacy features a grand main house, extravagant guest house, additional structure of offices and one of the most ornate ballrooms with a beautiful indoor pool. With the finest architectural integrity, quality of construction and imported designer details, this estate is truly for those who demand ultra luxurious living in one of the rarest trophy properties in the world."

Mortgage rates fell moderately today, largely in response to the Federal Reserve's policy announcement.  The Fed is in charge of seeing a key short-term rate that impacts the entire financial market by varying degrees.  The Fed does NOT set fixed mortgage rates, but in general, the friendlier the Fed with its monetary policy, the better it is for the entire spectrum of rates.

The Fed was quite simply friendlier than expected today.  Investors were already planning on some sort of adjustment in the verbiage promising ongoing rate hikes and decreases in the amount of bonds purchased directly by the Fed.  We got that, and more.  For all intents and purposes, today's announcement and press conference could be interpreted as the Fed saying it's done hiking rates until further notice and would only resume hiking if economic data at home and abroad justifies it.

Bonds and stocks both improved immediately.  When bonds improve enough, mortgage lenders often lower rates in the middle of the day.  Today's gains were just enough for that to happen for a majority of lenders.  The improvements bring rates back to levels seen 3 weeks ago, although much of that has to do with yesterday's levels providing an already-fairly-low baseline.