.
Behold Spring Knoll, a true masterpiece flawlessly integrating the opulence of Versailles with today?s most modern living standards. The mansion unfolds on 3 Acres of picturesque manicured waterfront property with a private deep-water dock, located in the Prestigious Village of Kings Point.
he estate exudes quality craftsmanship from the moment the handmade wrought iron automatic gates grant access to the property. Down the long Belgian Cobblestone driveway, a rare marble fountain importedfrom The Rothschild Estate In France can be seen upon the approach to the all French Limestone mansion columned with some of the last remaining marble from the French quarry used to build Versailles. The exterior walls feature intricate hand carvings, mostly done on site, the slate roof is masterful and the balustraded grand terrace overlooking the water is awe-inspiring. The home?s great room and formal dining room are accentuated by genuine authentic multi-century old Parquet de Versailles floors, removed from Chateaus in Versailles. The hand-painted portions of the interior were done by French artisans who were commissioned to restore Versailles and the Louvre. Additional features deserving recognition include the cinema quality home theater, billiards room with walls made of imported French Cordoba leather, multiple hand-carved antique fireplaces, a state-of-the-art eat in kitchen with multiple fridges, stone pizza oven, fireplace, breakfast area and La Cornue range. Other amenities include an all onyx Turkish bath, expansive gym with mosaic marble flooring, a full sized prep kitchen, a wood paneled library and more. 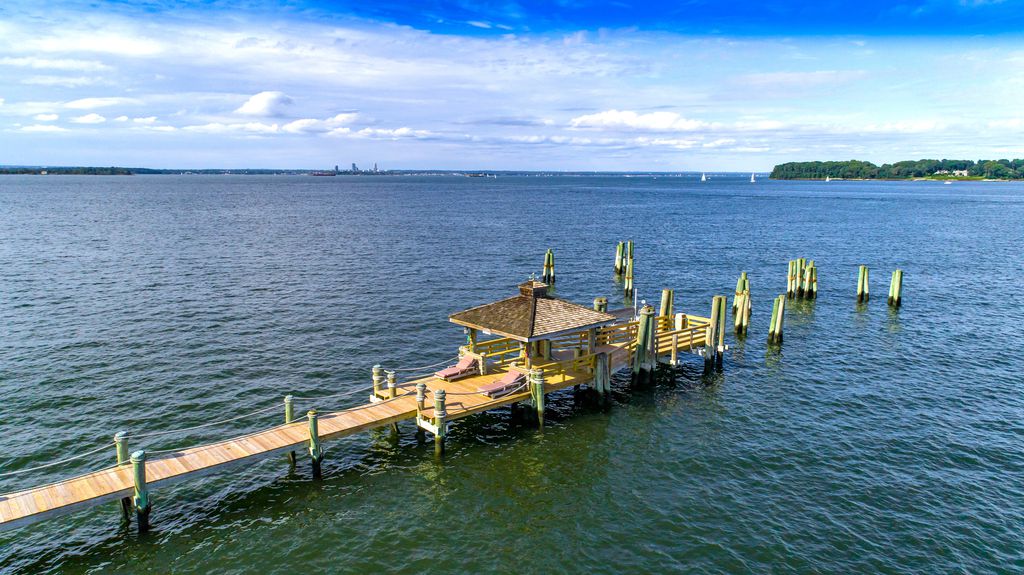 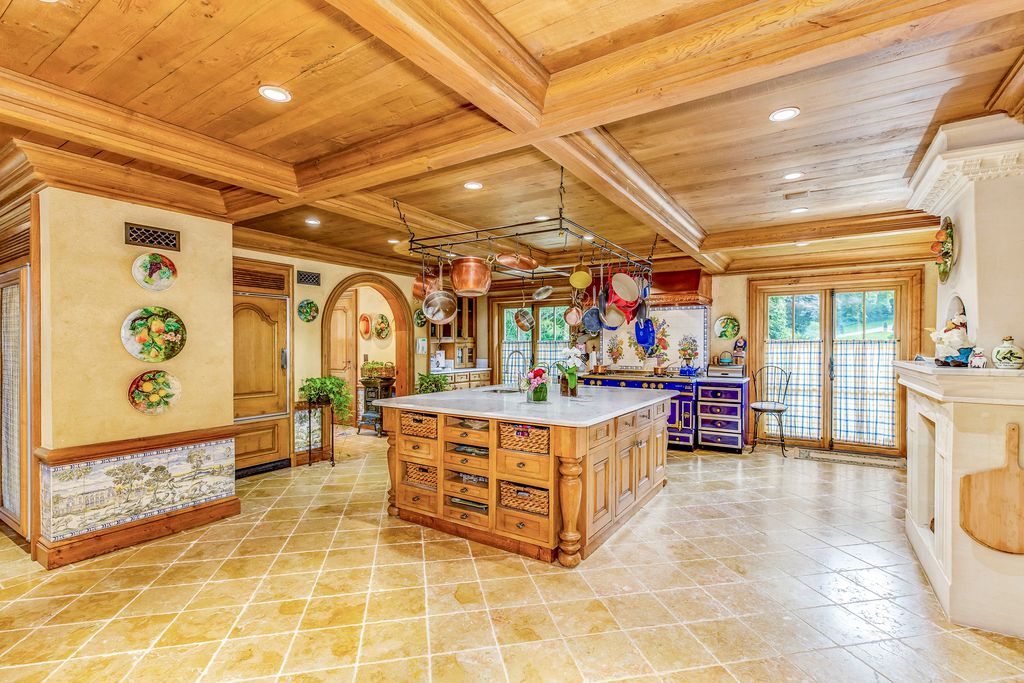 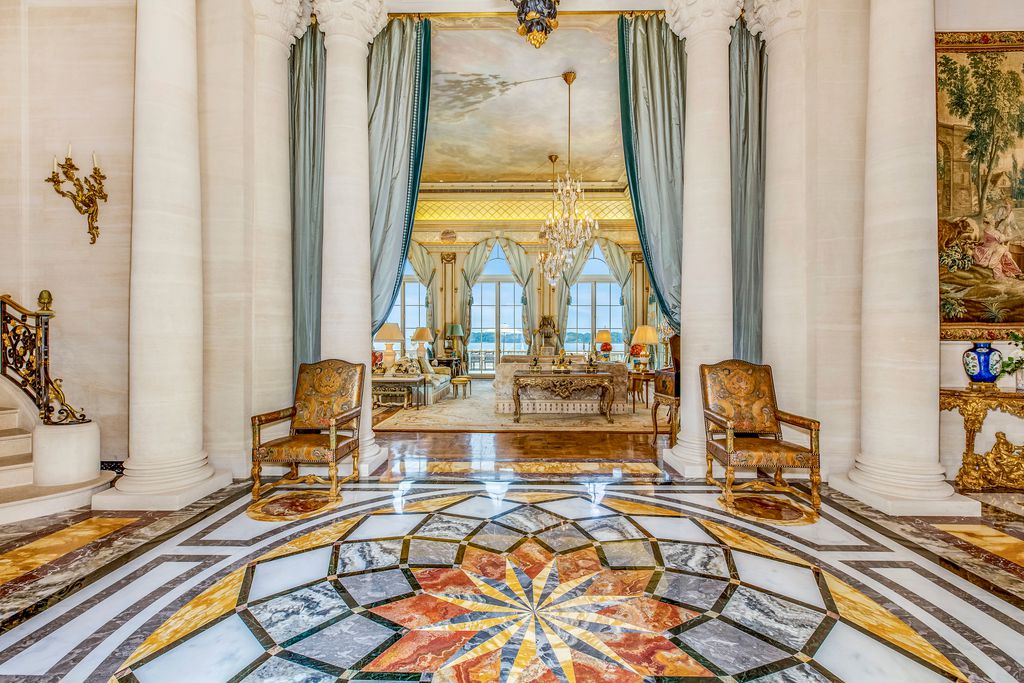 ABSOLUTE AUCTION, WITHOUT RESERVE by DeCaro Auctions International. Breathtaking panoramic ocean views surround this rare beachfront estate in the exclusive seaside community of Three Arch Bay. Gracefully situated above a private cove and completely immersed in nature, the magnificent setting includes cobblestone paths that wind through the grounds, an oceanfront terrace spanning the width of the property, and an awe-inspiring lighthouse complete with viewing room and bathroom. Built by Edward H. Griffith, a famous director and producer in early American filmmaking, this historically significant residential compound remains a treasured landmark along the Laguna Beach coastline. In addition to the property's celebrated lighthouse, the compound encompasses three separate living structures; two guest cottages and a nautical-style main house with reclaimed finishes including custom millwork, cage elevator, porthole windows, and a ship's staircase. Private steps lead down to the sand which make this an incredible opportunity to own a residence with endless possibilities in a setting of unrivaled beauty.

On over an acre in the Muirlands, this magnificent gated estate offers secure privacy and an expansive five-star coastal resort lifestyle. Built to exacting standards with finest materials and timeless chic, vast living areas  are designed for seamless indoor-outdoor living. Enjoy over 4,000 square feet of extra gathering areas including an indoor-outdoor patio and garages for eight cars .An elevator serves all living areas inside: the ground floor master suite, bedroom suites and gathering areas, three additional bedroom suites upstairs, and a superb subterranean wine cellar. Delight guests in the wine tasting room and 14-seat stepped theater, or outdoors at the barbecue kitchen, fireplace and dream pool with water slide, pool, and rock features.

Mortgage rates had a bad week and an especially bad day following a much stronger-than-expected jobs report.  The Employment Situation (the most important piece of labor market data and arguably the most important economic report as far as interest rates are concerned) showed the highest pace of wage growth since before the recession and a surprisingly robust addition of new jobs in October.  Strong jobs data is the nemesis of low interest rates and today was no exception.

Mortgage rates were already operating fairly close to long-term highs, but today's move easily took them to new highs.  The average lender is now quoting conventional 30yr fixed rates of 5% for relatively ideal scenarios.  Those without a big down payment or without perfect credit/income can expect to see even higher rates.  Most lenders ended up recalling the morning's initial rate sheets and reissuing higher rates at least once today.

There's really no silver lining apart from the fact that the higher rates go, and the quicker they get there, the closer we get to the point that the economy slows down as a result.  When that happens, rates will begin to fall before just about anything else.  Unfortunately, the expected time frame for such things is incredibly wide (not the sort of thing you hope for if you need to buy/refi).  And yes... it's also unfortunate that our one source of solace at the moment involves an economic downturn, but if you want low interest rates, that tends to come with the territory.