Fifth Avenue Condo Elegance! Welcome to unparalleled luxury living and elegance in this 5700+ sq. ft. residence in the most prestigious white-glove Fifth Avenue condominium. Occupying an entire private full floor, this residence exudes sophistication with detailed living space featuring one-of-a-kind architectural elements and decor. This magnificent 10 room, 5 bedroom, 6.5 bath interior is currently configured with 9 rooms, 3 bedrooms and 5.5 baths with an additional separate guest studio offering a kitchenette and full bath. Truly, no detail has been spared. The elevator opens to your own private vestibule which leads to the stunning reception gallery, the heart of the home with Gallo Elena, Bottocino and Nero Marquina marble flooring and faux textured limestone walls crafted by artists using various techniques and materials found throughout the apartment. Down the expansive hallway sits the western wing that greets you with a lavish salon room. Oversized windows stream glorious sunlight and beckon you to admire the picturesque Central Park views. Enhancing this grand entertainment space is a marble mantle, beamed ceiling, exquisite masonry details and handsome Versailles hardwood floors. Pocket doors from the grand salon room open to the regal formal dining room also facing Central Park with beautiful moldings, woodworking, beamed ceiling, and an antique marble gas-burning fireplace. Here is the quintessential setting for enjoying intimate dinners or hosting large gatherings. Relax in style in the fabulous mahogany library with a wet bar and gold leaf ceiling providing a warm, cozy atmosphere for cocktails and entertainment. A guest powder room is conveniently adjacent to the library. The fully-equipped chef eat-in kitchen will delight any chef with abundant custom cabinetry, granite counter-tops and high-end appliances. Also, off the reception gallery is the home's eastern wing that embodies pure luxury. You'll never want to leave the private master bedroom retreat accessed by stately double doors. Linger in the over-sized sitting room, or the 2 divine separate master bathrooms for spa-like experiences. This suite also presents 2 huge custom dressing rooms with a plethora of closets and built-ins. Completing the east wing are 2 large chambers with en-suite baths, an office/staff-room with full bath, plus a private laundry center and pantry. This home has it's own security system, a Lutron lighting system and central air conditioning. Included with this residence are 2 Eurocave wine cellars and 2 private storage cages. Sheathed entirely in limestone, and sumptuous in its cool reserve, the building's facade is highlighted by a curved Romanesque-style roof-line. The building includes an elegant lobby, a 24-hour doorman, a separate 24 hour security staff, fitness room, commercial laundry room and an emergency generator. With Central Park at your front door, this sought-after condominium is perfectly located near world-class shopping along Fifth and Madison Avenue, fine dining, museums, theatre, and a wealth of neighborhood services. 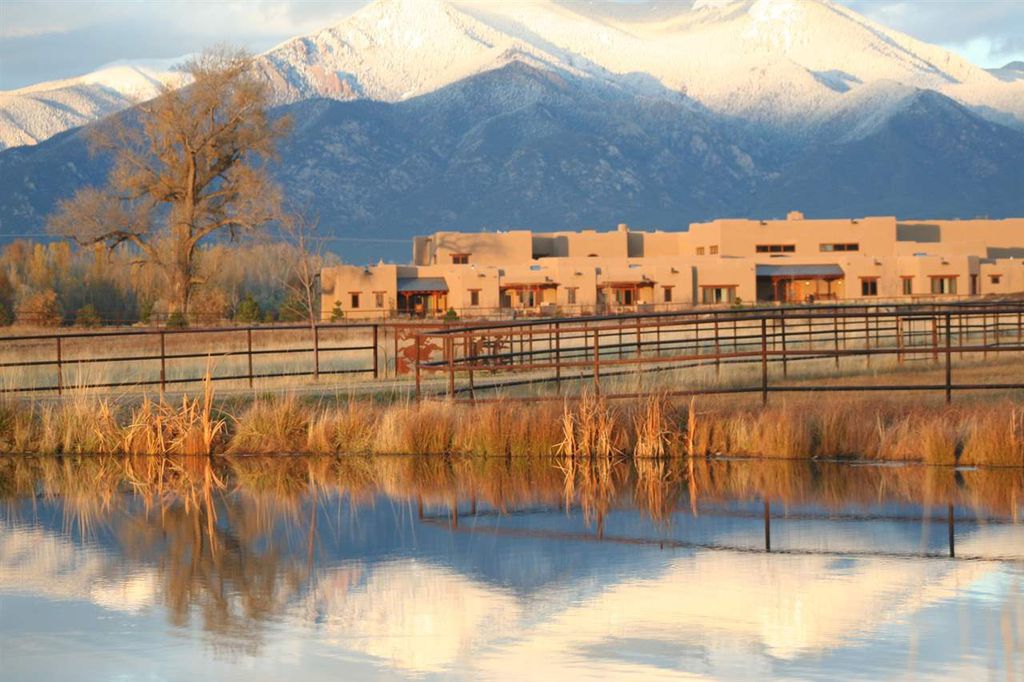 This property will be sold at auction. Viewings are available on November 16th by appointment only. Evidence of the bidder's financial ability to close on the transaction is required on order to schedule an appointment. Appointments must be scheduled no less than three days prior to the showing date. Presenting a truly once in a lifetime opportunity to purchase a spectacular eco-friendly ranch tucked away in the gorgeous scenery of New Mexico, featuring striking mountain views, gorgeous waters, and luscious foliage. Developed by a visionary to create a retreat that embodies the true beauty of nature, this mecca of sustainable construction was designed as a beacon of the future. It was built for the adventurer, the artist, the entrepreneur, the visionary, and for anyone in search of paradise. Every room, every detail and every rock was planned with intention to create an oasis for you, creating an aura of the true American Southwest. Nestled in the mountain of Taos, New Mexico, Blackstone Ranch is the perfect getaway. Spanning 190 acres, this modern ranch features 15 buildings, comprising nearly 70,000 square feet, including main house, guest house, 6 barns, greenhouse, and much more. HIGHLIGHTS From the Main House's beautiful custom moldings to the hand-crafted wood stairs in the barns, Blackstone Ranch is an impeccable example of hand-crafted art. Grand Entry Hall and Dining Room The entrance hall at Blackstone Ranch features authentic Southwestern details, featuring hand-crafted chandeliers, and invites you to enjoy a relaxed holistic lifestyle. Each room is custom designed and furnished in detail. You'll never know what will surprise you next. The dining room can easily be converted into a dining hall fit for 150+. You can dazzle dinner guests as well as host a smaller more intimate holiday party. Farmer's Kitchen Blackstone Ranch is sustainable living at its finest. Beautiful orchards and a luscious greenhouse make it easier than ever to enjoy fresh eating year-round. You can harvest everything from apples to zucchini in the gardens. Guest Houses With private patios overlooking the gorgeous New Mexico landscape, it's the perfect gathering place for family, friends or business clients. Guest houses feature gorgeous furnishings, stunning architecture, wood beam ceilings, and lovely living rooms. Barns The Blackstone Ranch barns are beautifully constructed with hand-crafted, custom designed wood. The two barns on the property include a horse barn and a livestock barn along with accompanying maintenance sheds. The barn is large enough to accommodate large livestock with ample maintenance and storage space, all designed for sustainable living. Blackstone Ranch is a distinctive legacy property designed for the most discerning of tastes. The 190-acre ranch, built in 2004, is an impeccable example of hand-crafted extravagance with no expense spared for this truly one of a kind property. The ranch offers an enlightening lifestyle experience far beyond any typical residential estate, luxury vacation or corporate retreat. Fifteen (15) buildings dot the estate, nestled in the beautiful New Mexico mountains with breathtaking views during every season. Indeed, something extraordinary is calling...who will answer? 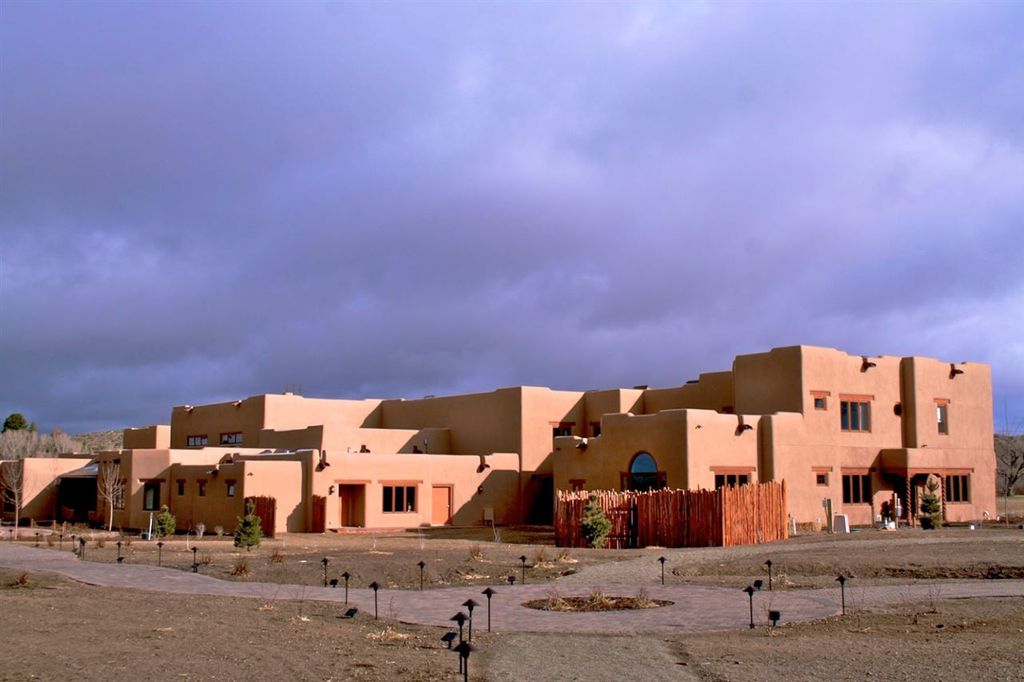 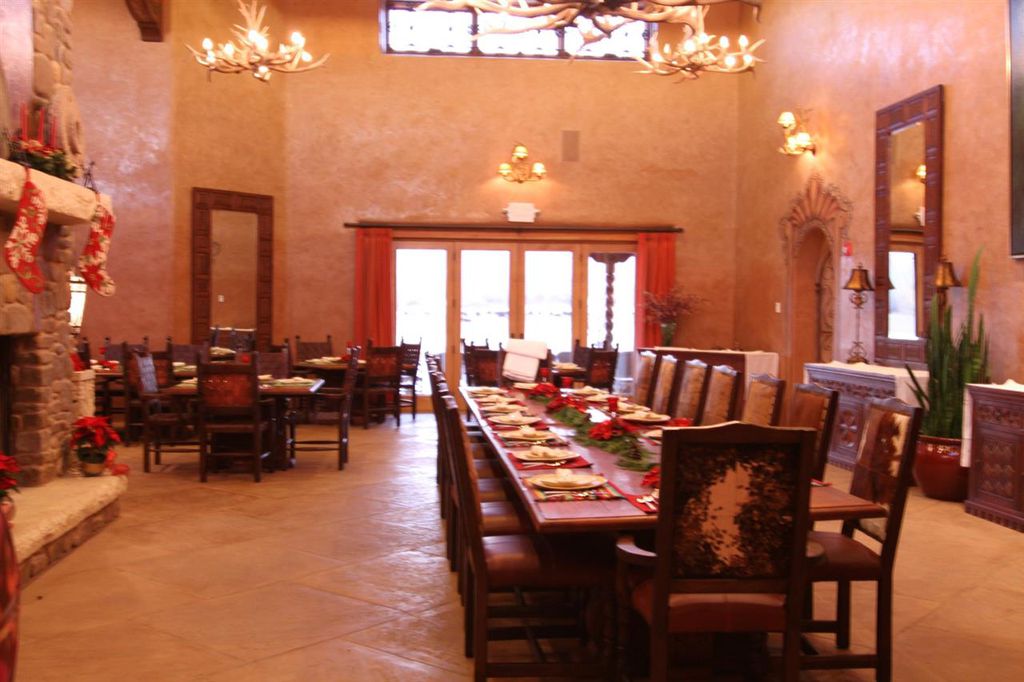 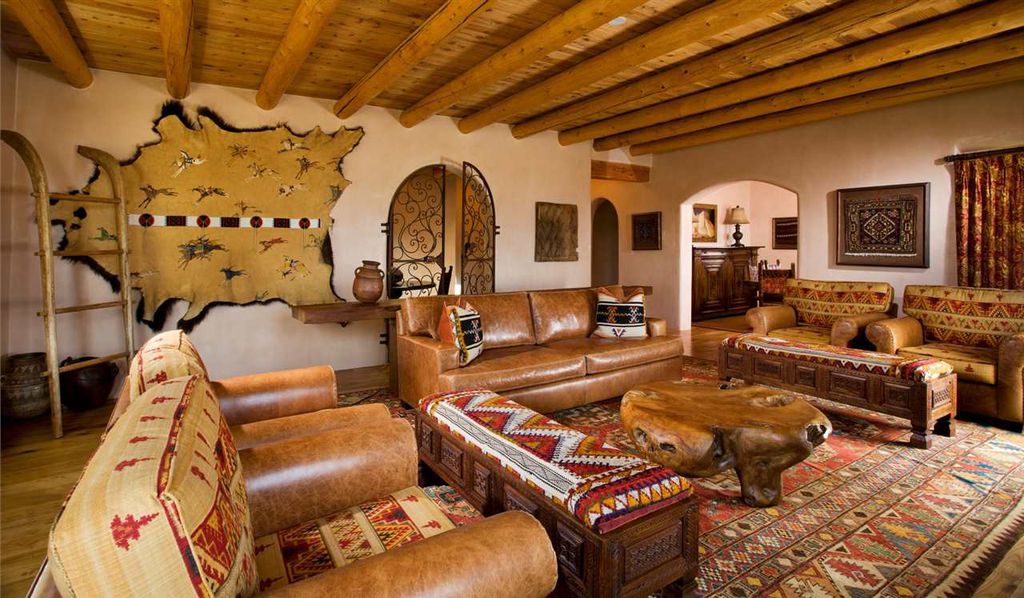 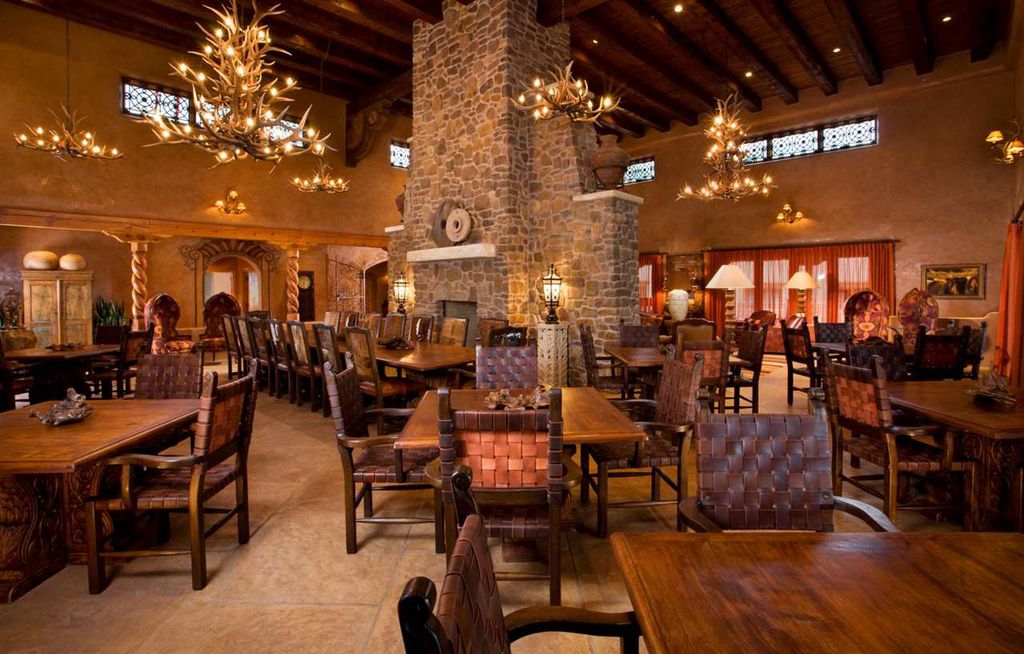 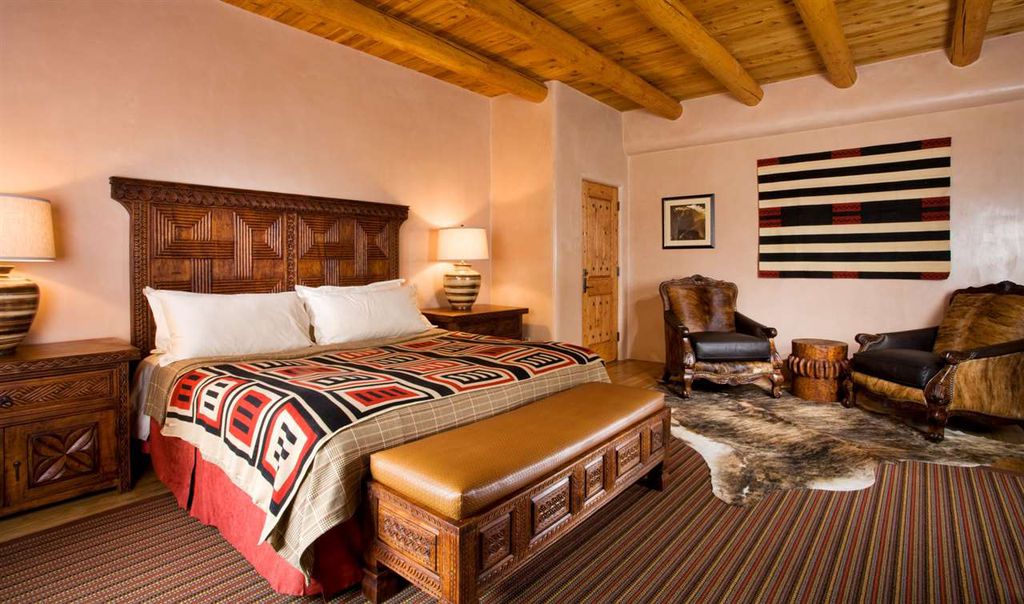 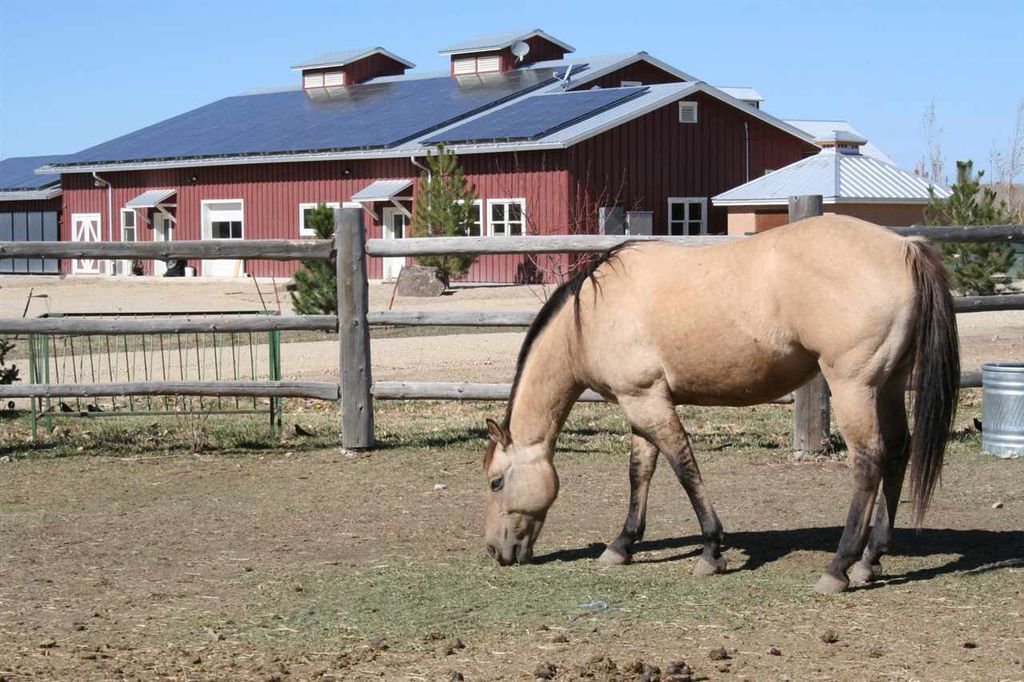 
Mortgage rates were mixed today, depending on the lender.  Most lenders began the day in slightly worse shape compared to yesterday.  Bond markets improved enough by mid-day that many lenders were able to offer positive reprices (new, better rate sheets).  Lenders typically don't change mortgage rates more than once a day unless underlying markets have moved enough.  Lenders who repriced generally ended up slightly better off compared to yesterday.  The remainder were in worse shape.

On average, rates were unchanged. Bond markets will be closed on Monday in observance of Veterans Day.  That means mortgage companies won't be available to accept rate locks, and many will be fully closed.  When markets fire back up next week, they'll soon be able to digest an important report on inflation in the form of Wednesday's Consumer Price Index (CPI).  If inflation comes in higher than expected, it could reinvigorate recent upward pressure on rates.  But if it misses to the downside, rates could continue the fight to hold the recent ceiling marked by the brief highs from early October and the more sustained highs seen this week.