The definition of the word "mansion" varies but in U.S. real estate terms, it generally defined as single family residence of more than 8,000 square feet. Mega Mansion range from 20,000 sq,ft. and Super Mansions over 50,000 sq.ft. Until the mid 20th century most "mansions" would have a hall, two or three salons or drawing rooms, library, billiards room, ball room, dining room, breakfast room, morning room, study and numerous bedrooms but only 2-3 bathrooms. 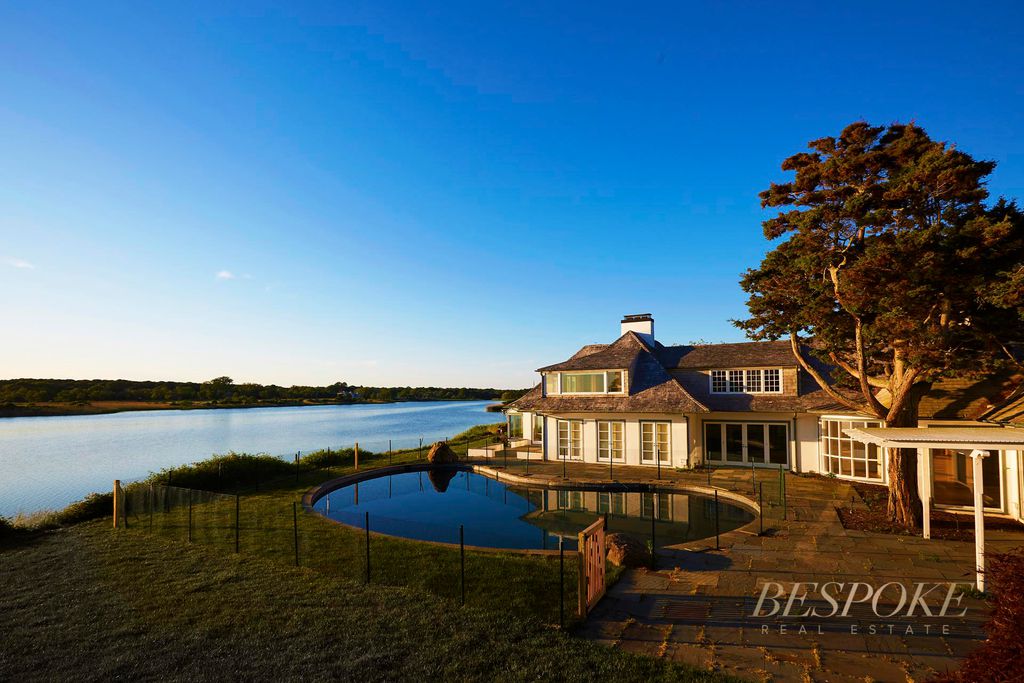 The opportunity has presented itself to own three contiguous parcels on one of the world's preeminent streets, West End Road. With nearly 380 linear feet on Georgica Pond, the compound of properties offer one of the largest water frontages just steps from the ocean. A tree-lined driveway leads to a pedigreed home that is sited for unparalleled vistas down Georgica Pond to the ocean. The home is comprised of 7,600 sq. ft. including 7 bedrooms and 6 full baths, several fireplaces, and never to be had again waterside gunite swimming pool and dock. Additionally, the dwelling comes with plans in place for a substantial modernization of the structure, currently nonconforming to code as well as accessory structure and tennis capability. It has been previously available without the adjacent two parcels for $26,500,000.  The two additional single and separate vacant parcels have all of their due-diligence in place and can be expanded to have two additional homes with accessory structures, perfect for multi-generational planning or left as is with the meticulously maintained specimen plantings and verdant landscaping. This is the pinnacle waterfront compound in all of the Hamptons, taking advantage of two bodies of water while offering optionality, exclusivity, and rarity. 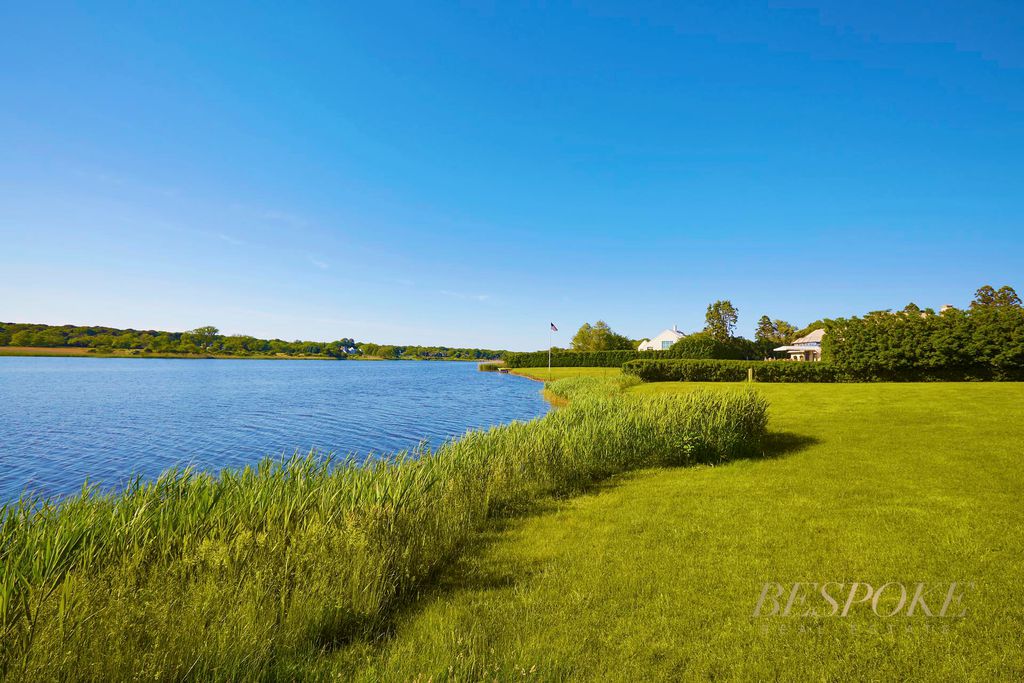 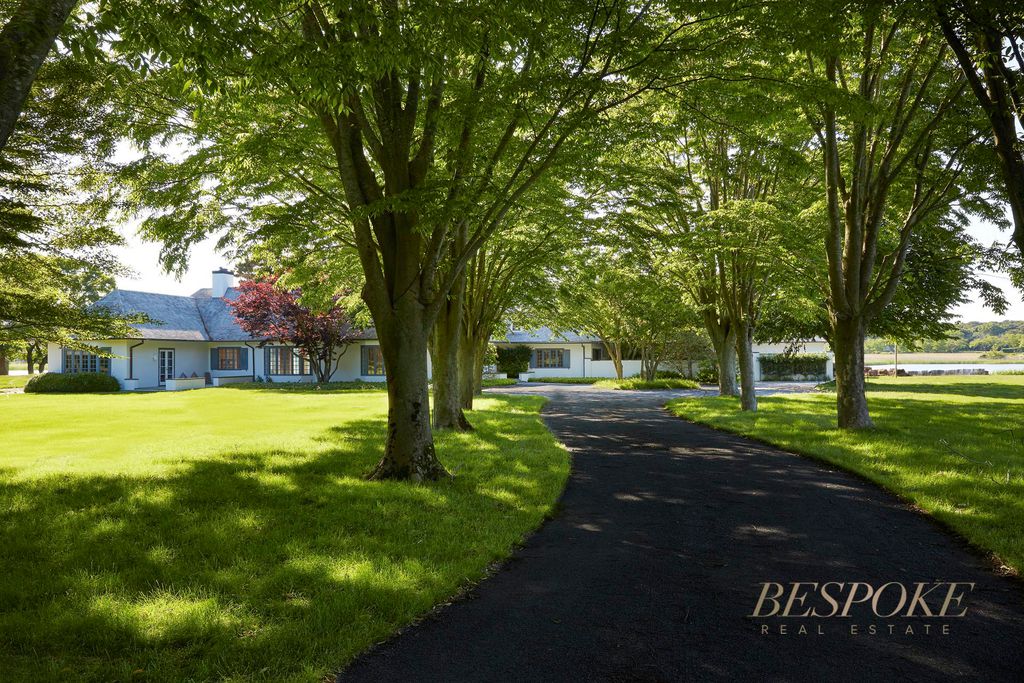 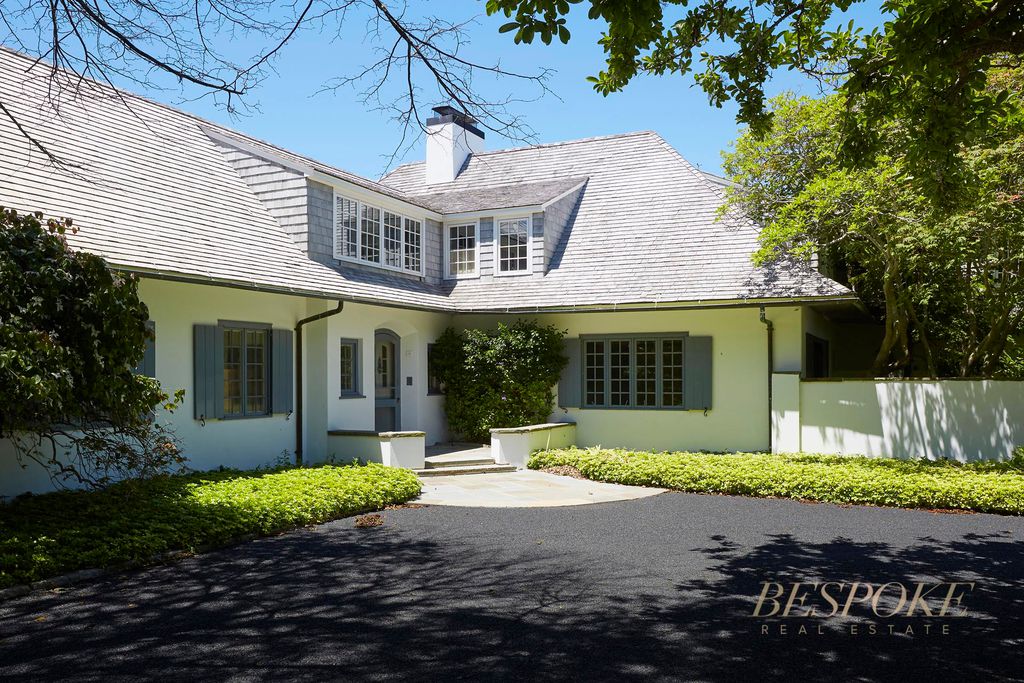 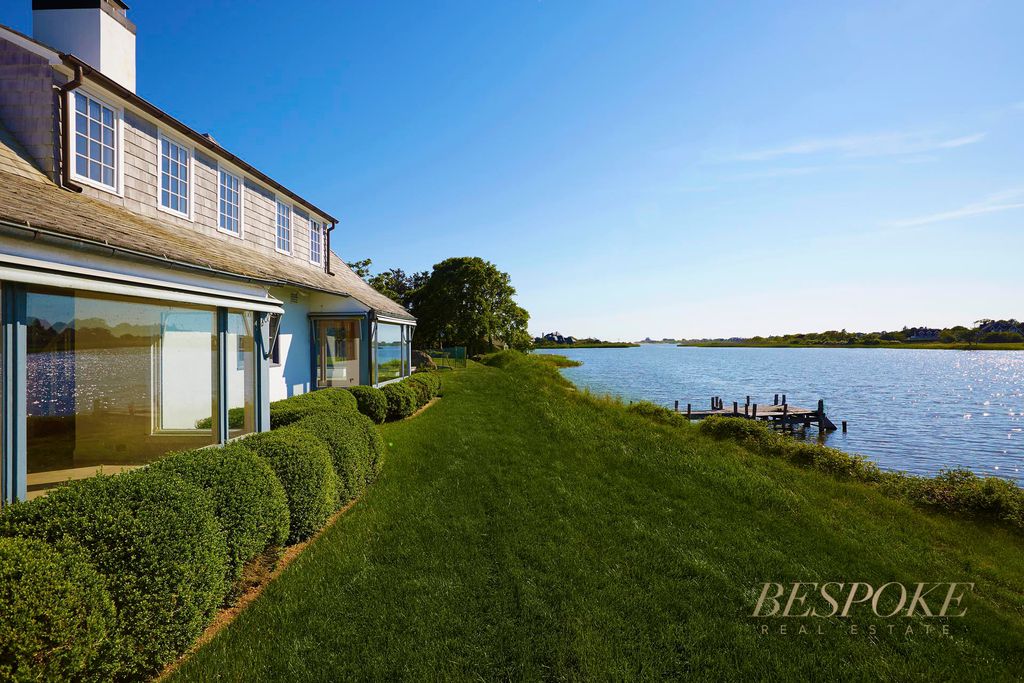 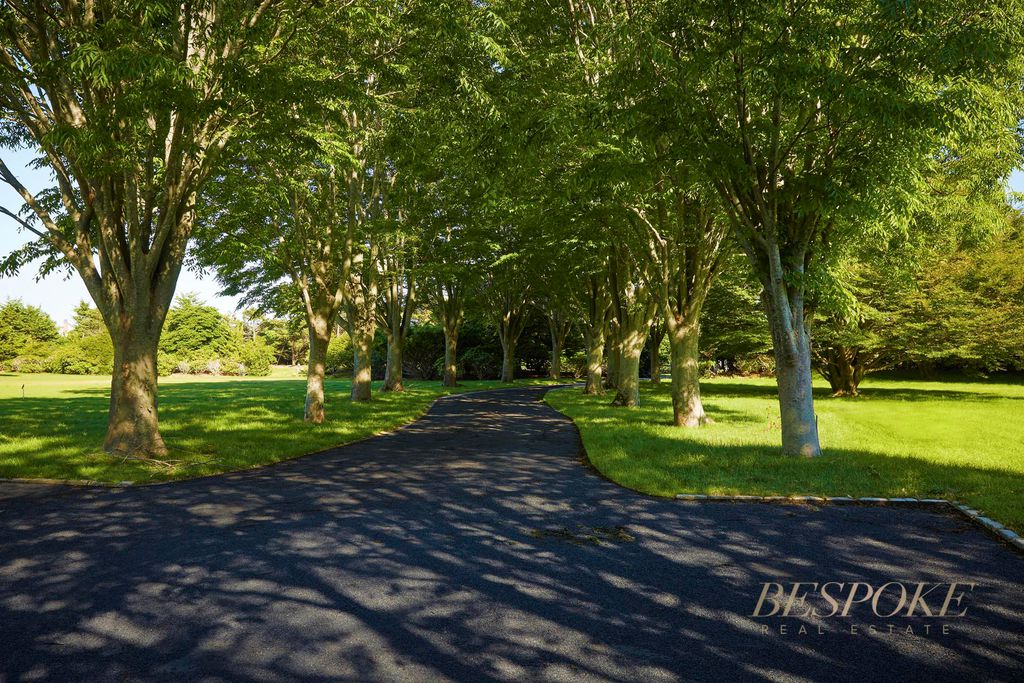 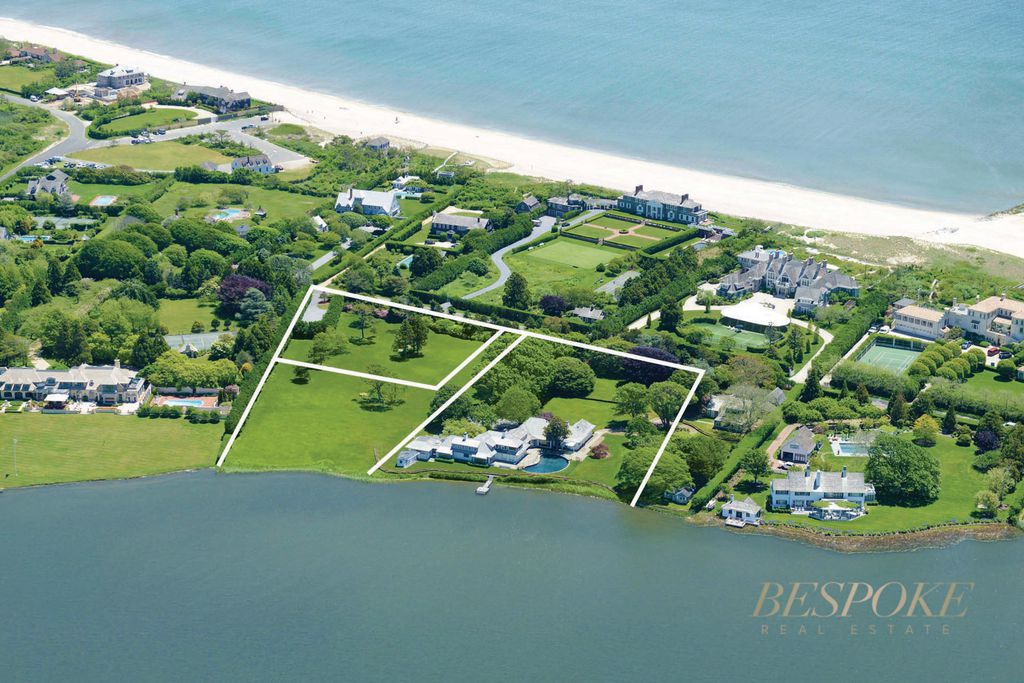 The Hanover House with 5 bedrooms, 8 baths and 12,000 sq.ft. is one of the most anticipated new moderns to ever hit the market in Beverly Hills. This incredible Roman James design/build raises the bar for ultimate luxury, located on arguably the best street in Beverly Hills just outside Holmby Hills. Surrounded by some of the priciest homes and real estate in the country sits a masterful achievement of concept and design, the likes of which the city has never seen.The panoramic windows of this architectural home offer commanding views of the best Beverly Hills have to offer. Among its unrivaled offerings are two pools, movie theater, full bar, and a full-sized tennis court. Highlights of this designer home are listed but to experience the vastness, the attention to detail and incredible open flow of the floor plan one must tour it.

Multi-family property with combined 6 bedrooms, 7 baths, and 8,029 sq.ft. is currently developed with three residences, each with its own access and independent living arrangement. The main house is a spacious, nearly 6,000 SF residence. A two-bedroom apartment is approximately 800 SF, can be used as guest quarters or rented on a short or long-term basis. A third ''caretaker'' unit on the ground level is designed as a one-bedroom apartment and is restricted as a ''Resident Occupied'' (RO) unit although renting this unit is not mandatory. The building sits a full floor above neighboring properties; a condition that could never be recreated. In addition, the property is rare in that the floor area, height, and unit-size conditions are all impossible to recreate under today's codes.

Privately sited on 8 lots on the highly coveted Carmel Point, this grand stone estate with 4 bedrooms, 6 baths and 6,595 sq.ft. was recently built with exquisite craftsmanship and attention to detail and is without parallel in Carmel. The main house boasts an expansive master suite, office, living room, grand open kitchen and great room, 2 guest suites, a light-filled gym and 2 car garage. Additionally, guests can enjoy a serene stroll through the private gardens and water features to the guest house and art studio. All 6,575 sqft of this residence is on a single level, making for an elegant and comfortable retreat. Located within 3 blocks of both Carmel and River Beaches, this estate offers a truly unique combination of location, quality, size, character, and privacy.

Private beach compound with 5 bedrooms, 6 baths, and 5,094 sq.ft. is next to world famous Hotel Del Coronado. This is a timeless beach home close to all the best restaurants and shopping in town. 6 bedrooms plus a beautiful office and gym. This custom built home has gorgeous architectural details. The dark wood floor planks are stunning and sturdy. Elevator runs from downstairs to the roof top views of the ocean and Hotel Del. This warm home also boasts a wonderful front and backyard for entertaining.

Mortgage rates were generally unchanged today, prolonging an exceptionally flat trend.  Over the past 3 weeks, the average mortgage seeker will not have seen a change in the interest rate attached to their loan.  Changes have come instead from the upfront costs associated with any given rate, which can move in smaller increments than rates themselves (mortgage lenders tend to break up rates by eighths of a percentage point).

The lack of movement isn't for a lack of potential movement in underlying bond markets.  That said, "potential" is the operative word, and it went unfulfilled by today's data and events.  Given that today's biggest calendar event was Fed Chair Powell's congressional testimony, there's little reason to assume tomorrow's installment (with the House instead of the Senate) will offer any new insights that impact rates.  That's not to say rates can't move, just that it won't likely be Powell that does the trick.  Moreover, if rates DO move, chances are it won't be by much.
52 Week Range          Today  Yesterday            Low/High

Looking for more information?  Have a comment regarding any of today's mansions?  Please email me at furtree@msn.com.  Most importantly have a great day!