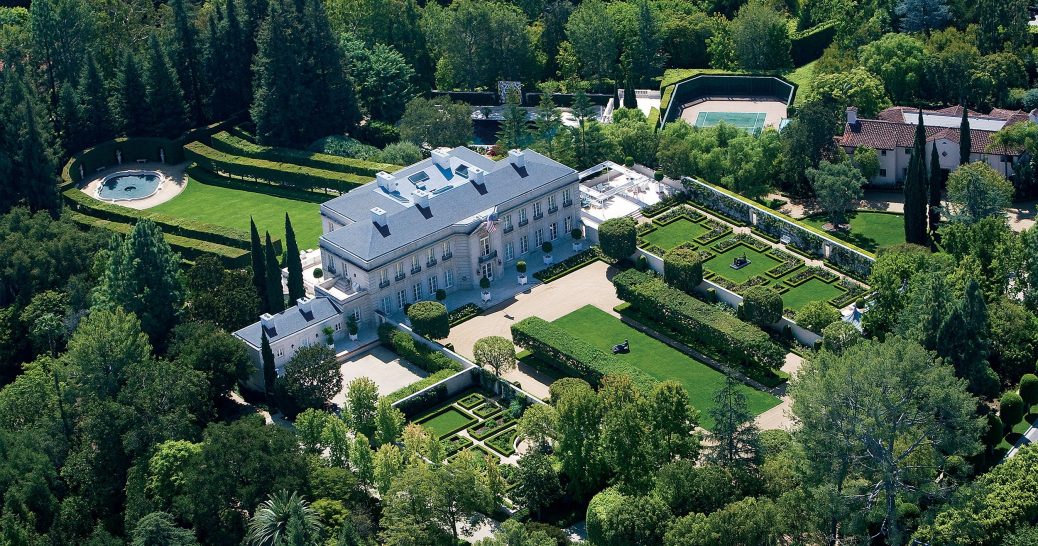 Built in 1933 by architect Sumner Spaulding, the residence was enhanced and restored under the direction of the recently deceased owner, Mr. A. Jerrold Perenchio, after he purchased the estate in 1986. Mr. Perenchio engaged renowned designer Henri Samuel, known for his work on estates owned by the Vanderbilts, Rothschilds and Valentino, to redesign Chartwell. Over the subsequent 30 years' adjacent properties were acquired to expand the estate, including a Wallace Neff guest house and a long private driveway. Inspired by 18th Century French Neoclassical design, the main residence is approximately 25,000 sq. ft. in size and poised for entertaining in grand style. Features include exquisitely detailed limestone facade, a ballroom, world-class wine cellar, formal salon and period- paneled dining room. The remarkable grounds encompass expertly manicured gardens, a tennis court, covered parking for 40 cars, 75-foot pool and fully equipped pool house, all set against sweeping panoramic views of downtown Los Angeles and the Pacific Ocean. The mansion sits on the sprawling property, which also touts a tennis court, a guest house designed by architect Wallace Neff, manicured gardens, a 75-foot pool and pool house, and a shielded parking area that fits 40 cars. 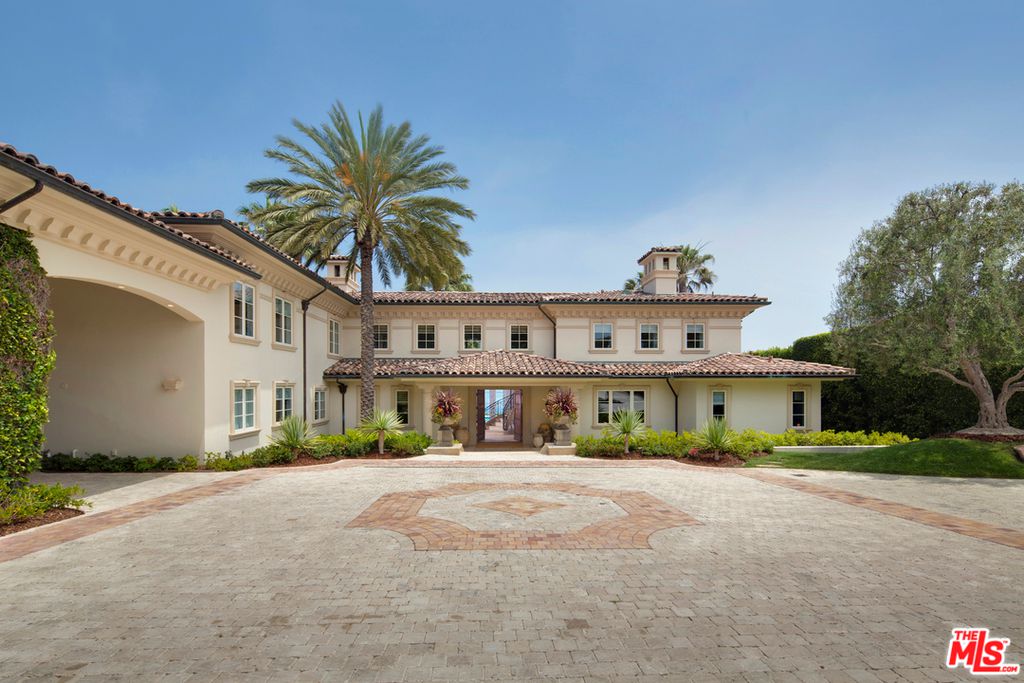 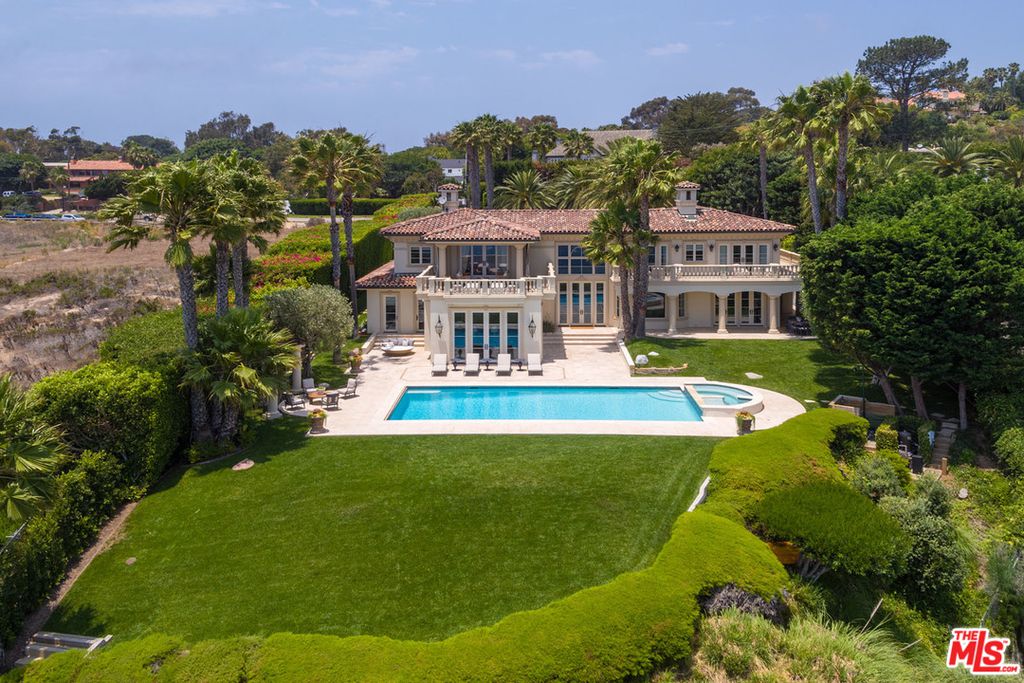 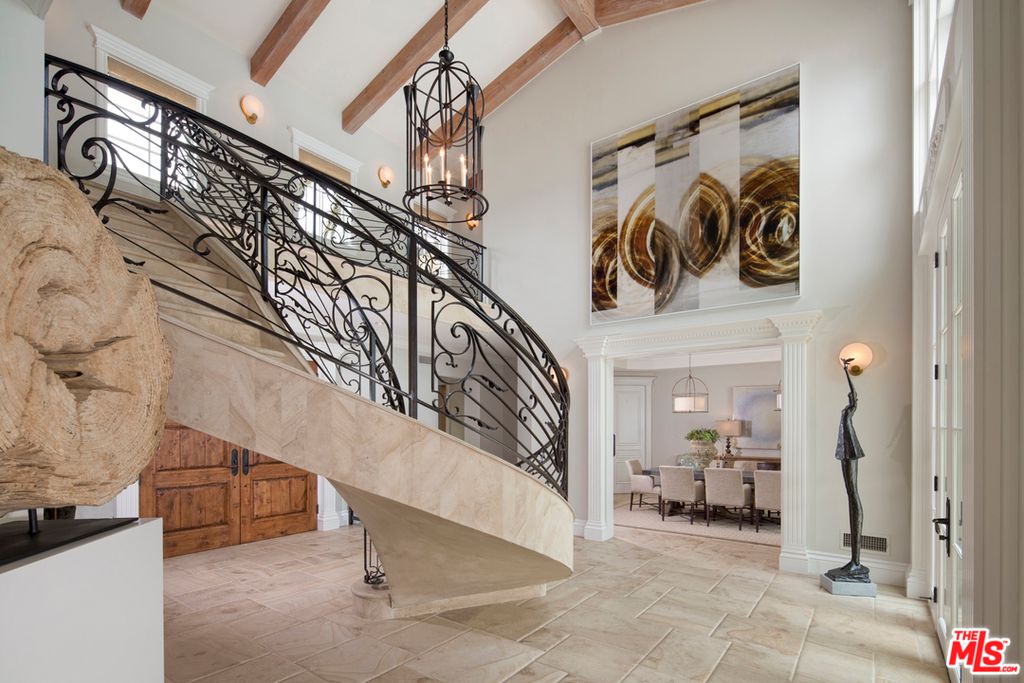 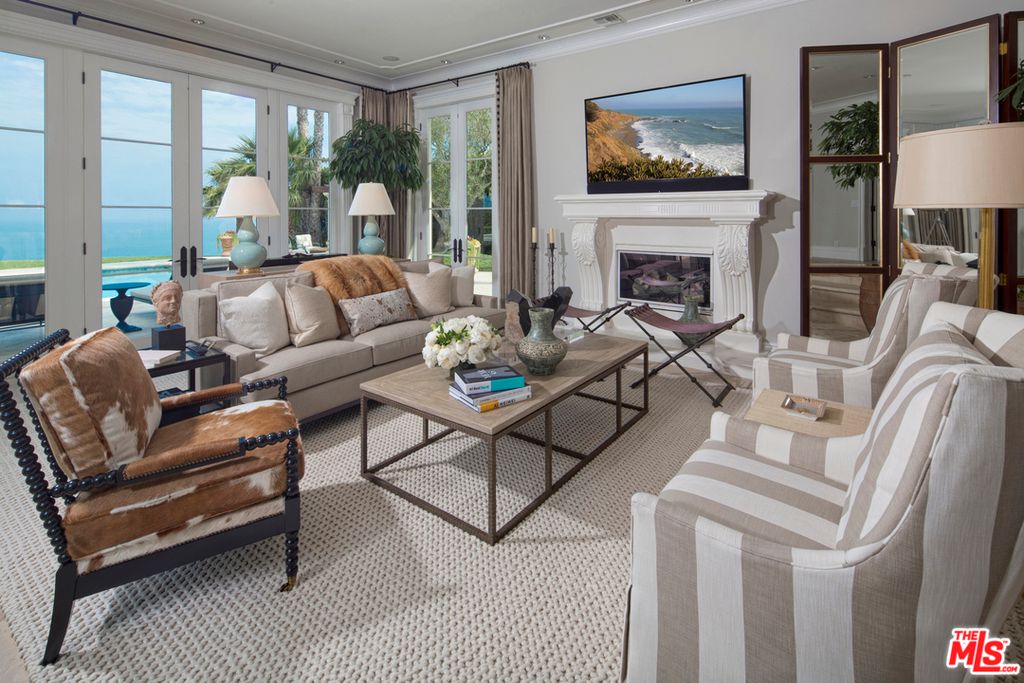 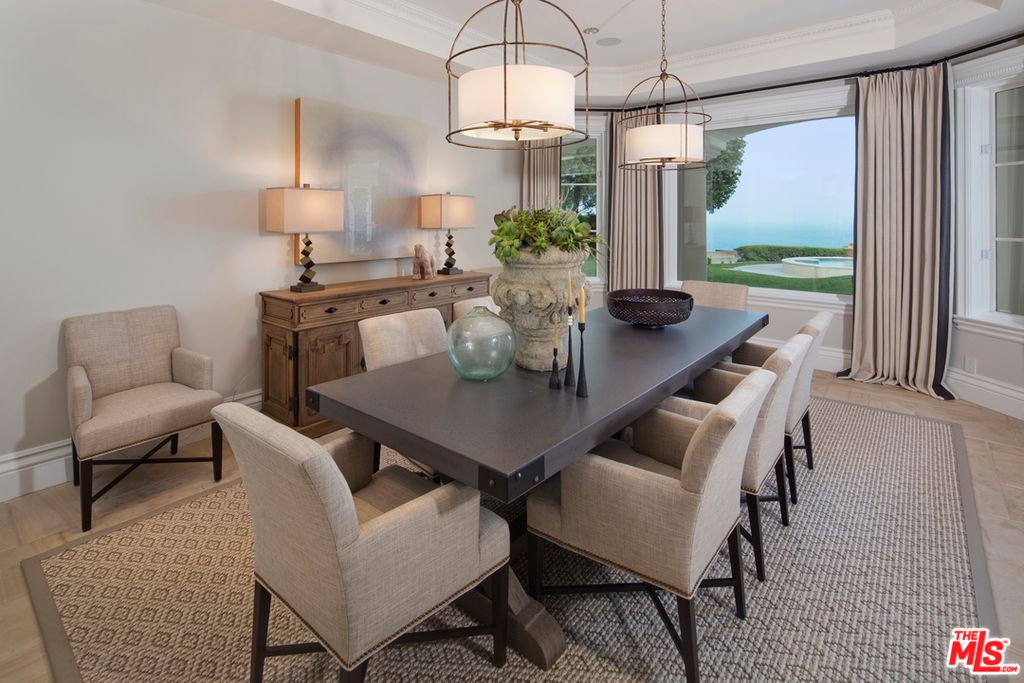 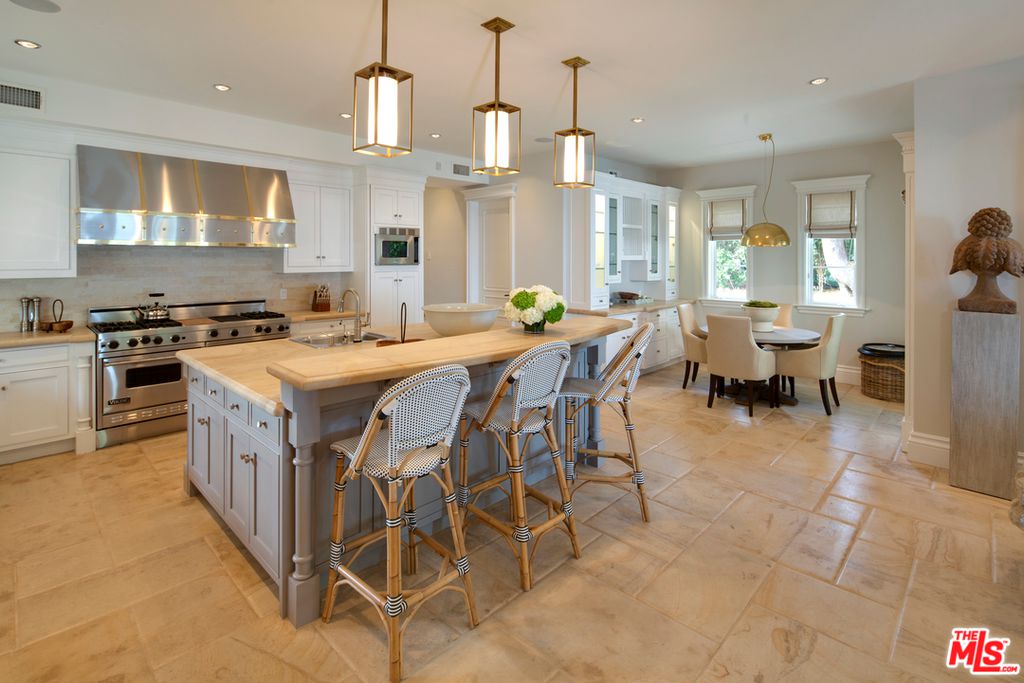 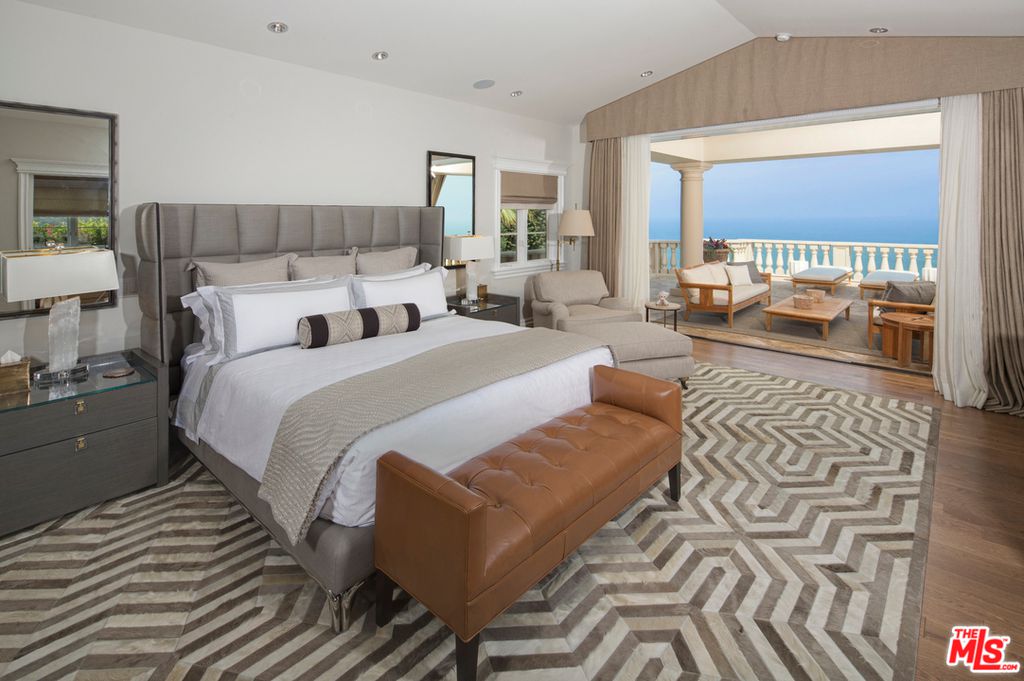 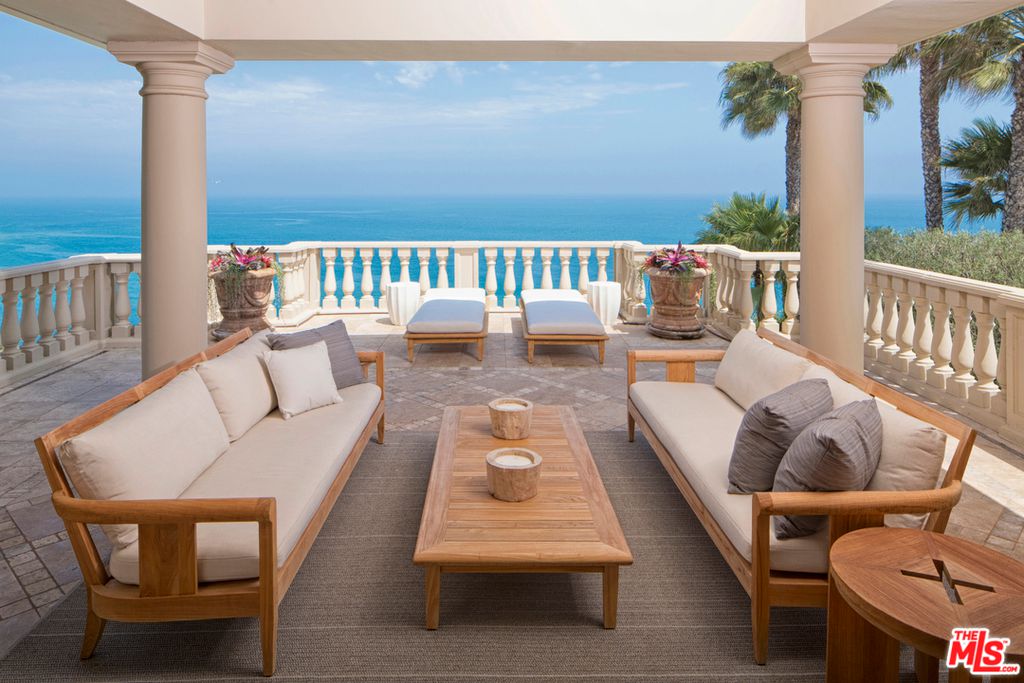 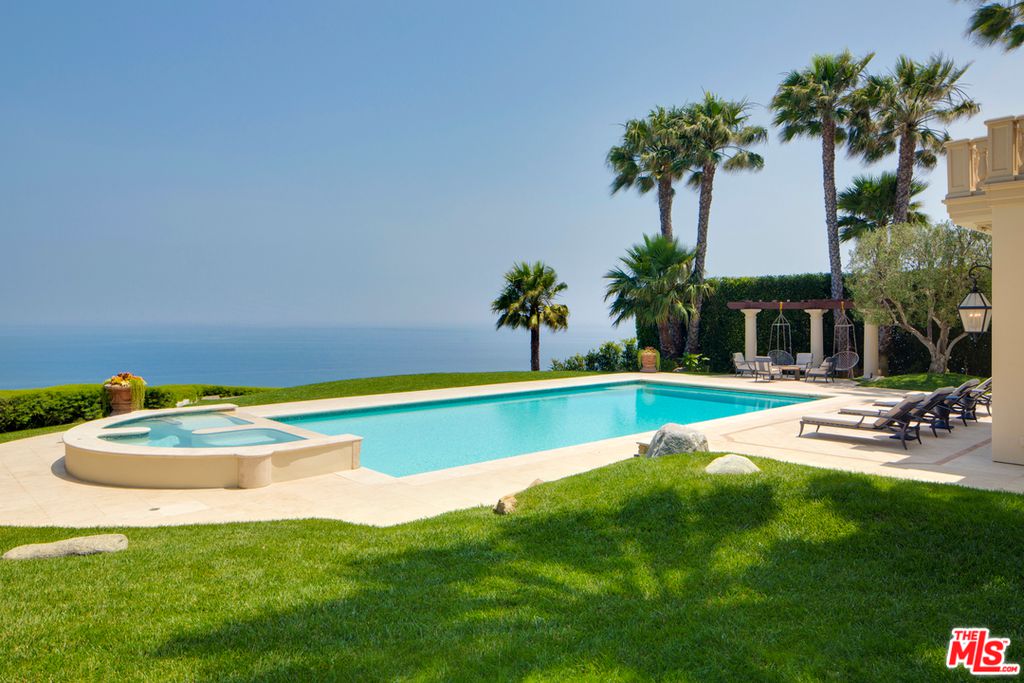 The median home value in Scottsdale is $423,300. Scottsdale home values have gone up 3.3% over the past year.  Zillow predicts they will increase 2.5% within the next year.

The median home value in Carefree is $755,700. Carefree home values have gone up 5.3% over the past year.  Zillow predicts they will increase 2.9% within the next year.

The median home value in Paradise Valley is $1,612,400.  Paradise Valleyhome values have gone up 1.6% over the past year. Zillow predicts they will increase 2.2% within the next year.

Paradise Valley DREAMS do come TRUE!!! This exquisite NEW CONSTRUCTION home, designed by renowned architect Jim Blochberger and built by Tinker Development is the one you have been waiting for! Designed for today's lifestyle, built with the highest quality materials and finished with the craftsmanship that one would expect. This home embodies PERFECTION! Located on a quiet acre+ with gorgeous mountain views, this Santa Barbara style home has expansive yet intimate spaces with interior finishesdesigned by K&Q Interiors for seamless style throughout. Pool / Guest house is 539 SF of designed living space, detached but shared roof. Four car garage + an auto court make entertaining easy. Professionally landscaped with a resort style pool to take full advantage of the mountain views.

The median home value in Coronado is $1,475,900. Coronado home values have gone up 1.4% this past year.  Zillow predicts they will increase 3.7% within the next year.

The Rosecroft Estate, approximately 17,000 square feet under roof on about 2.5 acres in the prime wooded area. On the National Historic Registry under the Mills Act (approx. 70% reduction in property taxes). Main house built in 1912 by architect and master builder Emmor B. Weaver. Full two year rehab to the studs beginning in 1979. 5000 square feet added including basement with home theater, wine cellar, tennis court, detached gym, etc. A 25 kw solar system virtually eliminates electric bill.  Entire property is very private for being in the city, completely walled and gated. Mature landscaping, major trees planted in 1906. Rosecroft is one of the original and finest estates in San Diego. Property has been visited by Jimmy Carter, Ronald Reagan, "Dr Seuss", Jonas Salk and just about anybody who was/is anybody in San Diego. Many commercials, films, charity events and weddings of notable people have taken place here.

The median home value in San Francisco is $1,204,700. San Francisco home values have gone up 7.2% over the past year.  Zillow predicts they will decrease by 1.6% within the year.

The median home value in Sausalito is $1,271,200. Sausalito home values have gone up 5.7% over the past year. Zillow predicts they will rise 1.5% within the next year.

The median home value in Tiburon is $2,468,800. Tiburon home values have gone up 3.7% over the past year.   Zillow predicts they will rise increase 0.8% within the next year.

The medium home value in Saratoga is $2,471,300.  Saratoga home values have gone up 4.6% this past year.  Zillow predicts they will increase 1.0% within the next year.

The median home value in Atherton is $6,406,300. Atherton home values have gone up 8.5% over the past year and Zillow predicts they will increase 1.5% within the next year.

This is truly a stunning home. Completely remodeled in 2007. Turn key, craftsman home with all the charm and character retained yet offering super high end amenities. The fit and finish is second to none! Lower level separate entrance plumbed for washer dryer and full kitchen, fantastic opportunity for au pair? Stack washer/dryer upper level. Plenty of off street parking, gorgeous views! So close to town, ferry, shops, dining.

The median home value in Seattle is $682,300. Seattle home values have gone up 15.2% over the past year. Zillow predicts they will rise 7.0% within the next year.

The median home value in Bellevue is $833,800. Bellevue home values have gone up 156.2% over the past year. Zillow predicts they will rise 8.0% within the next year. 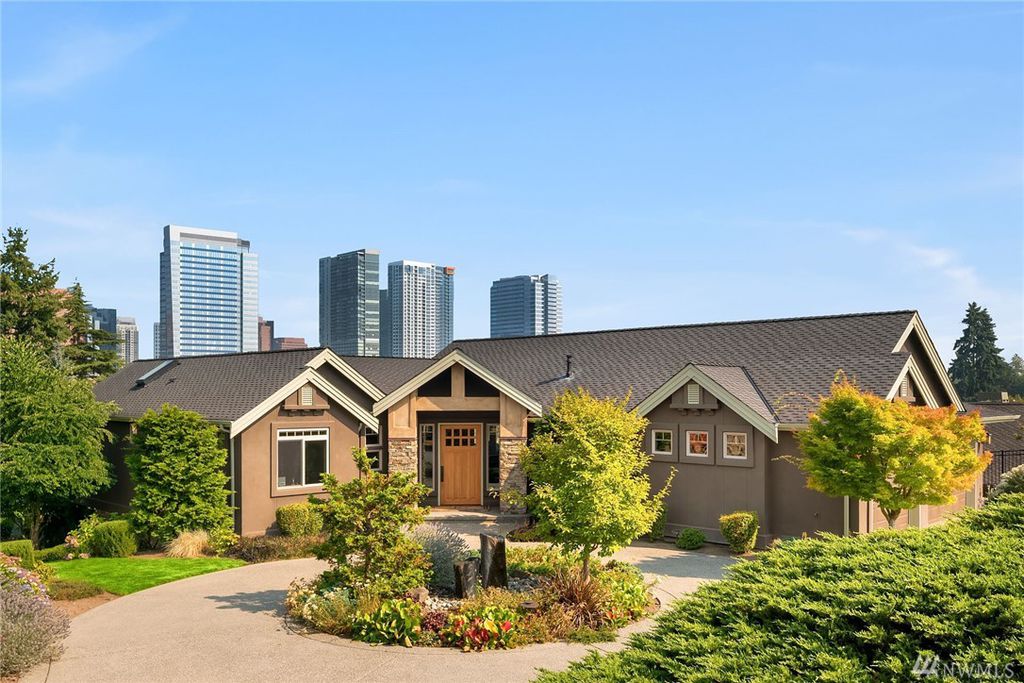 Stunning elegance! Beautifully appointed! Meticulously maintained! This incredible home is located just steps to downtown Bellevue in the sought after Vuecrest neighborhood. The kitchen is extraordinary, granite, stainless appliances and a huge island. The open great room features views of the growing Bellevue Skyline and opens to a large entertainment deck. The luxurious master suite is on the main floor allowing one level living. Circular drive and a large 3 car garage. Private corner lot. 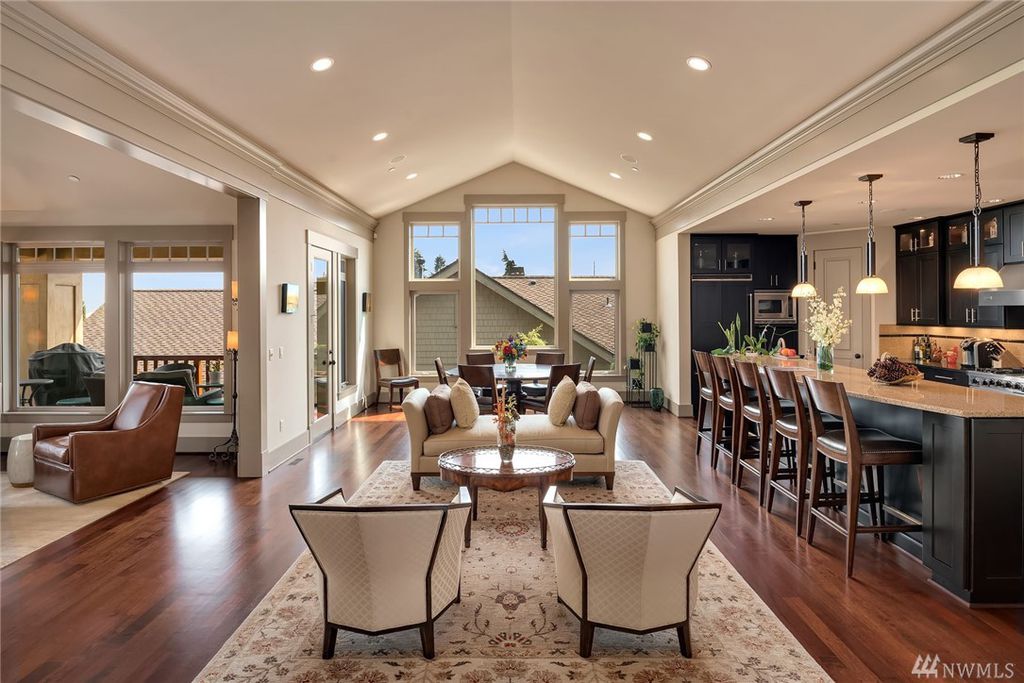 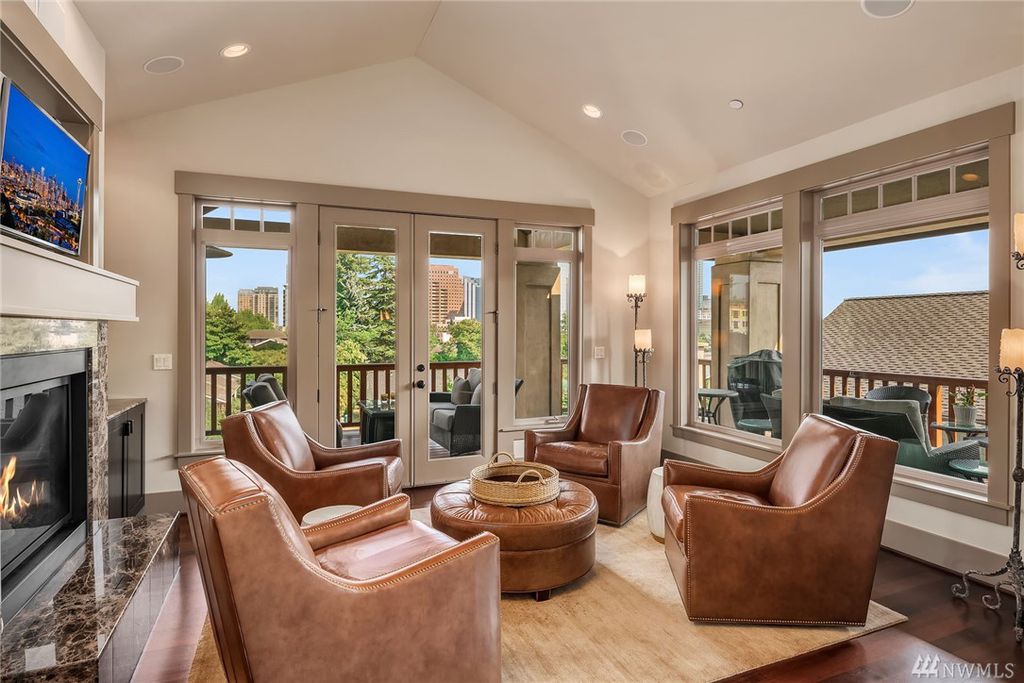 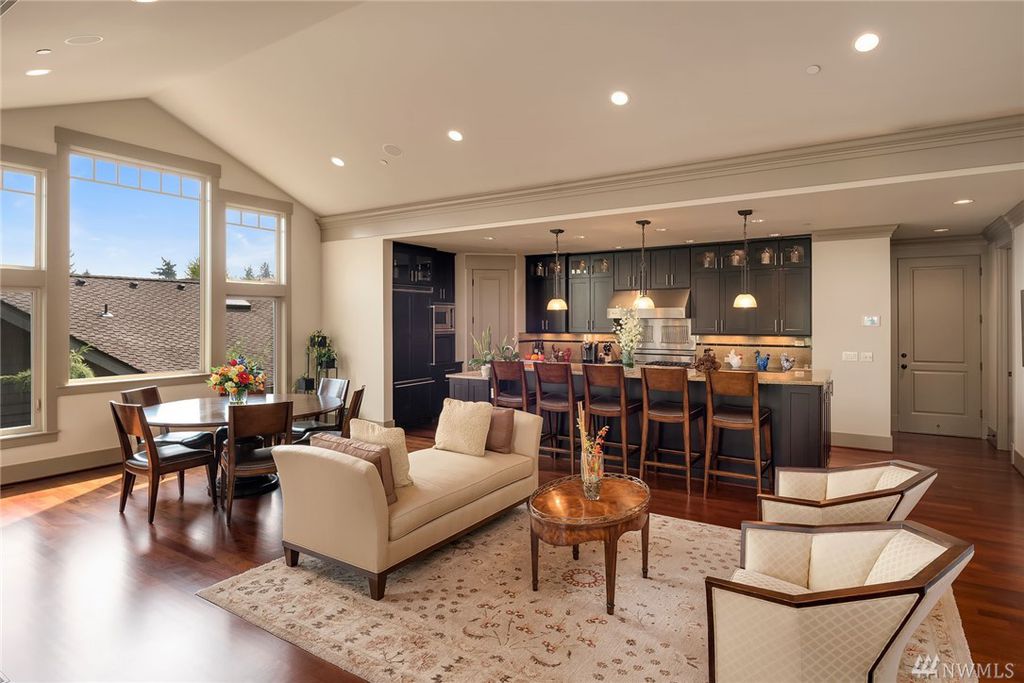 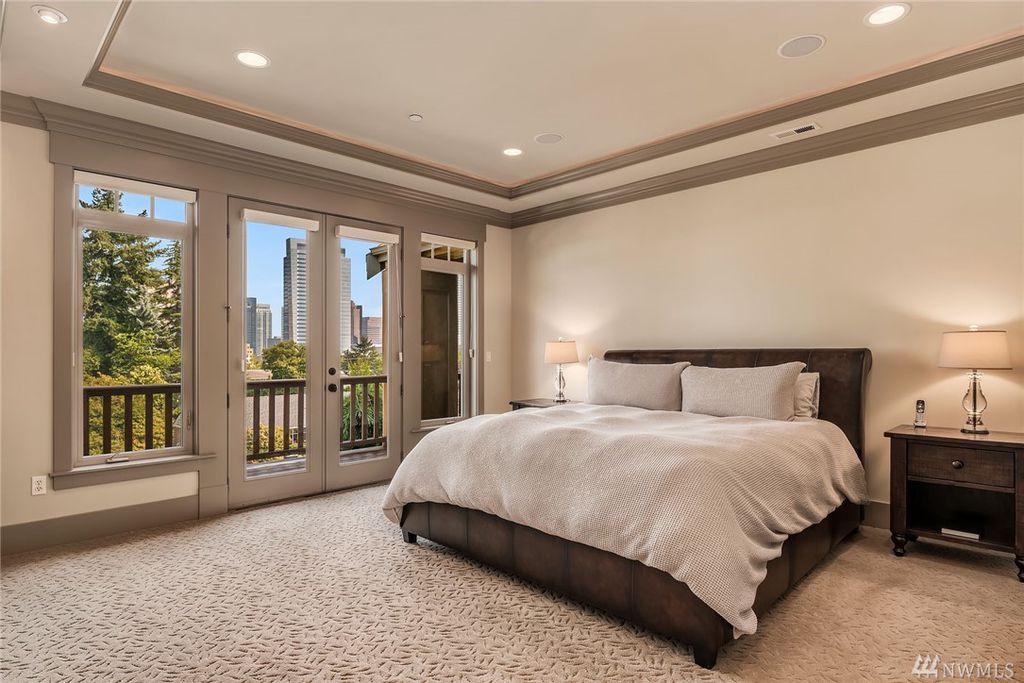 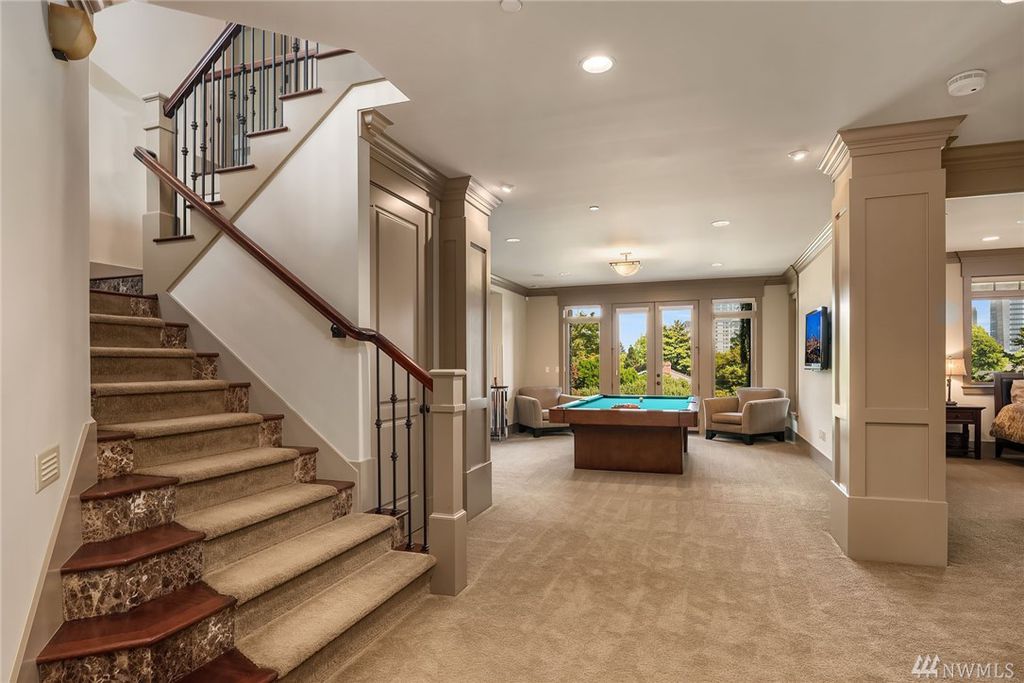 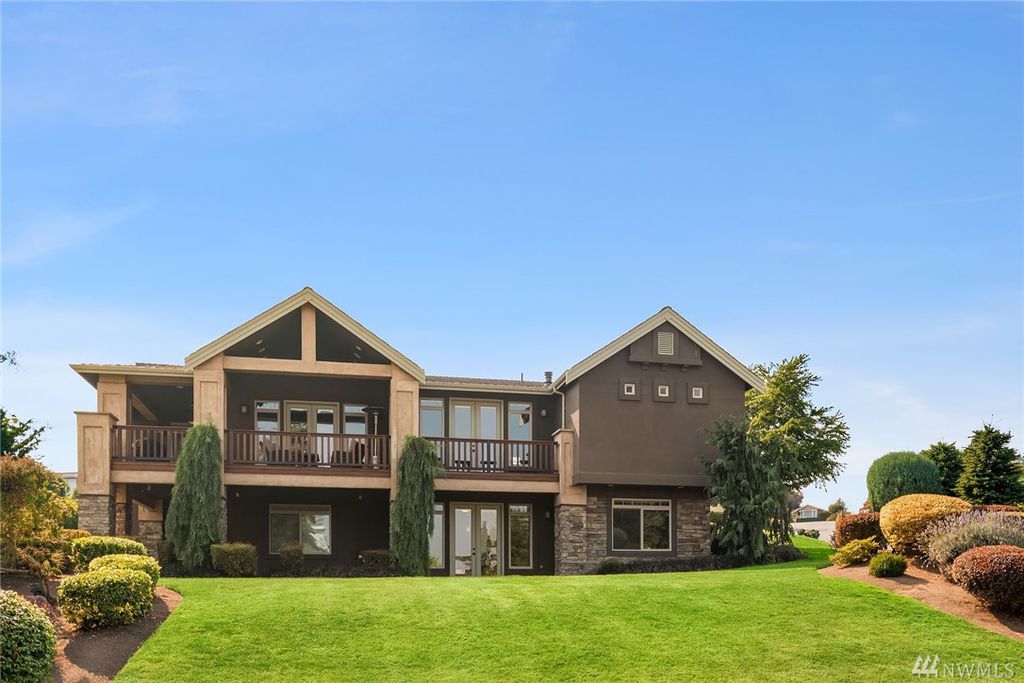 
Where millionaires are moving to (and why) might surprise you.

According to a recent study by New World Wealth, more high net worth individuals moved to Australia last year than to any other country. This was the second year in a row wealthy people favored Down Under over their second and third choices: the U.S. and Canada.

The study considered only millionaires who physically moved from one country to another for at least six months and defines “millionaire” as someone with $1 million or more in assets (not including his or her primary residence).

With so many wealthy individuals on the move, it’s not surprising that their reasons are varied. Education (for family members) and personal safety are the two most frequently stated reasons for emigrating, according to New World Wealth. Others include climate, healthcare and business opportunities. This is especially true for high net worth individuals moving to Australia from China, South Korea and India.

One of the least important reasons for millionaire migration is income taxes are higher than in their birth country.

The increasing number of high net worth individuals who migrate highlights an aspect of wealth noted by Reaz H. Jafri of Withers Worldwide, a law firm that assists wealthy clients who want to relocate. “The wealthy today don’t have a country,” Jafri told The New York Times. “They don’t view their success as being related [to] or dependent on a single country, but on their own business strategies. It’s amazing to me how many of the very wealthy are going totally mobile.”

Australia’s gain, of course, is another country’s loss. The most frequent loser in 2016 was France, which saw 12,000 wealthy citizens leave it last year. China, with 9,000 emigrants, was next, followed by Brazil at 8,000. Rounding out the top five countries for millionaire decline were India and Turkey, with losses of 6,000 millionaires each.

As for the impetus leave, those emigrating from France cite high taxes and religious tensions as the main reasons for their exit. Recent terror attacks may be a contributing factor to the latter. It’s worth noting that rich people leaving France don’t do so for education and personal safety, the norm for most of the rest of the world. No matter the reasons, countries such as France and China care about these losses, because when millionaires leave, in most cases they take their wealth with them.

The wealthy have an advantage not enjoyed by most immigrants. Visa programs for investors, also known as “golden-ticket visas” and officially called the special investor visa, are becoming increasingly popular with millionaires, who have the ability and inclination to invest in their new homeland. Strangely, so far at least, only one in five migrant millionaires uses these programs, the rest favoring the more traditional work transfers, second passports, ancestry visas, spousal visas or family visas.

Countries with attractive golden-ticket visa programs include Australia, which requires a $3.8 million investment, and the United States, with a $500,000 investment requirement. Canada recently dropped its main investor-visa program but retains others, which are used mainly by wealthy Chinese immigrants.

By the end of 2016, 13.6 million high net worth individuals with total accumulated wealth of $69 trillion lived somewhere on the planet. As noted above, the rich have greater freedom to live where they want. Although millionaires don’t care as much about tax rates as they do about access to education, personal safety and wealth protection, countries where they live do care. Wealthy individuals support the economy of their country of residence by paying taxes and through investments. As long as that is the case, where millionaires are moving to will continue to matter.

Mortgage rates held near the lowest levels since November 2016 today, after a key economic report showed subdued inflation.  The Consumer Price Index (CPI) is one of the most important metrics relied upon by the Fed when it comes to measuring the impact of its policies.  In general, if inflation is increasing or running higher than expected, the Fed will be more inclined to raise rates.  Although the Fed Funds Rate doesn't directly impact mortgage rates, anything that increases the likely pace of Fed rate hikes would also tend to push mortgage rates higher.

With today's report coming in slightly weaker than expected, rates had no reason to move higher.  But true to recent form, they weren't able to find much inspiration to move lower either.  Most lenders remained perfectly unchanged compared to yesterday's latest levels, though a few were slightly higher or lower.
52 Week


Thanks for reading "Today's Best Mansions"