Today's Best Mansion: It's lavish. It's huge. It's grand. It's expensive,

This picture-perfect Spanish style home perfectly captures the charm and elegance of Beverly Hills. This Rosemary DeCamp masterpiece, impeccably designed by Wallace Neff, features a stunning living room with hand painted cathedral ceilings overlooking beautiful gardens and landscaped patios. Immerse yourself in the updated kitchen with recessed lighting and top of the line stainless steel appliances, as well as a grand foyer with a graceful staircase and exquisite marble floors. The master-suite has a huge walk-in closet, a luxurious bathroom, and a veranda with stunning views of the expansive grounds. Also enjoy beautiful hardwood floors throughout the home and original details on the fireplace in the den. The magnificent long rectangular pool with waterfall features and spa is one of the highlights of this home. The al fresco dining area with a barbecue and fire pit make this the classic home for entertaining guests and living in luxury.

The median home value in Carefree is $751,100. Carefree home values have gone up 3.6% over the past year.  Zillow predicts they will decrease (-1.7%) within the next year.

This exquisite custom retreat will take your breath away. Newly built with every imaginable amenity and loaded with designer excellence, this spectacular residence will leave you in awe. From the time you arrive through the gracious entrance, you'll be entranced by the flow of each sun filled room and the outstanding taste that every stunning space offers. The chef's kitchen is phenomenal, the great room is spectacular, the temperature controlled walk-in wine room is beyond impressive, and multiple bonus rooms offer unparalleled flexibility for kids, in laws or simply creating personal designed spaces. Not to be forgotten is the impeccable guesthouse that offers the same great taste as the main residence. The upscale finishes include phenomenal millwork, custom crafted cabinetry, pristine wood flooring, exposed brick, impressive tile, granite and marble, retractable doors, dramatic fireplaces, and ultra chic lighting. The grounds are absolutely breathtaking with a gorgeous outdoor kitchen, magnificent pool and spa, waterfalls, enormous covered patios and luscious mountain views. This is a truly enviable estate!

Gorgeous Garden Estate in West Atherton. Splendid gated grounds of approx. 1.05 acres (per county) showcase this lavish yet inviting 5 bedroom, 7.5 bath mansion of approx. 6,400 sq. ft. (per plans), which includes a poolhouse. Large, sun-lit gathering spaces allow warmth and easy living, while a master retreat with a palatial closet and a spa provides private leisure. A gourmet kitchen with a secondary prep kitchen permits functional convenience, and the poolhouse can convert to a meditation studio. Expansive gardens boast fountains, poolside terraces, and an outdoor kitchen. Exclusive Menlo Circus Club and prestigious private schools are within moments. Stanford University, two international airports, and the urban centers of both San Francisco and San Jose are easily accessible. 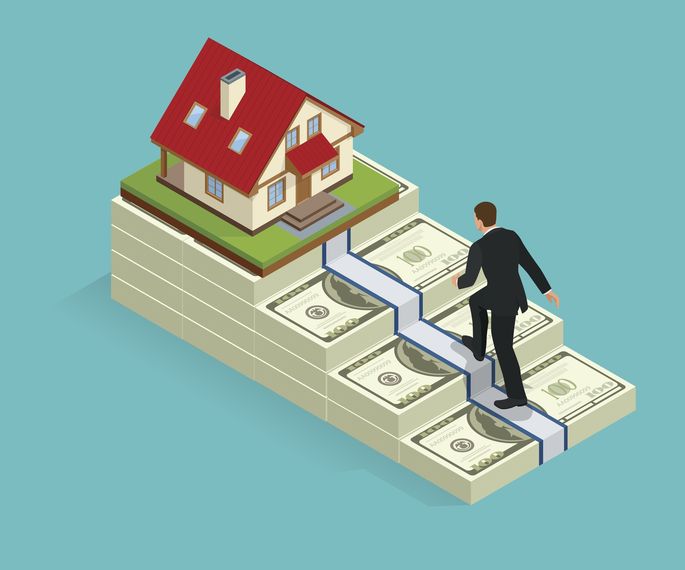 It's not just the temperatures that are rising. The median sale prices of existing homes have also been going up, hitting new highs nationally.

Take a deep breath, buyers. The median price for one of the previously lived-in abodes reached $252,800 in May, according to a recent National Association of Realtors® report. That's up nearly 3.2% from April and was a 5.8% boost from May 2016.

Despite the higher prices (thank the housing shortage for that), about 5.62 million existing homes went under contract in May, according to the seasonally adjusted numbers in the report. That's 1.1% over April's numbers and a 2.7% bump from May 2016. First-time buyers made up about a third of those sales.
And they were flying off their blocks and hallways quickly. Properties were on the market for only 27 days in May, the shortest period since NAR began tracking this in May 2011. So buyers need to act fast.

(Realtor.com® looked only at the seasonally adjusted numbers in the report. These have been smoothed out over 12 months to account for seasonal fluctuations.)

The higher costs are discouraging folks who aren't big earners from jumping into the fray, says Senior Economist Joseph Kirchner of realtor.com.

"Affordability is getting worse, especially at that lower end of the market," he adds. "Some people are getting priced out."

But existing homes were a deal compared with newly constructed ones—which cost about a fifth more. New residences went for a median $309,200 in April, according to the most recent data available from the U.S. Census Bureau and U.S. Department of Housing and Urban Development.

"Those able to close on a home last month are probably feeling both happy and relieved," said Lawrence Yun, NAR's chief economist, in a statement. "Listings in the affordable price range are scarce, homes are coming off the market at an extremely fast pace and the prevalence of multiple offers in some markets are pushing prices higher."

The most expensive abodes were in the West, home to notoriously pricey areas like Silicon Valley and San Francisco. The median home price was $368,800 in May—up 6.9% from the  same month a year earlier.

"Home prices keep chugging along at a pace that is not sustainable in the long run," Yun said. "Current demand levels indicate sales should be stronger, but it’s clear some would-be buyers are having to delay or postpone their home search because low supply is leading to worsening affordability conditions."

Mortgage rates improved somewhat today, on average, but the gains were modest.  Some lenders were unchanged from Friday afternoon's latest levels.  That leaves us essentially in line with the highest rates since early April, after having been at 8-month lows just 2 weeks ago.  From 8-month lows to 3-month highs is an abrupt move taken at face value, but it's made possible due to a narrow range persisting during that time (relative to other stretches of 8 months of time).

In terms of today's finer detail, it may as well have been a 3rd day of the weekend as far as bond markets (which underlie rates) were concerned.  Trading levels haven't moved out of their recently higher, narrower range since last Thursday morning.  That will likely change--if not tomorrow, then shortly thereafter.  The second half of the week has several bigger-ticket events that have the potential to create volatility for rates.  These include economic reports, bond auctions, congressional testimony from Fed Chair Yellen, and the constantly lurking risk of headlines out of Europe (the initial reason rates began moving quickly higher 2 weeks ago).