Today's Best Mansion: It's lavish. It's huge. It's grand. It's expensive 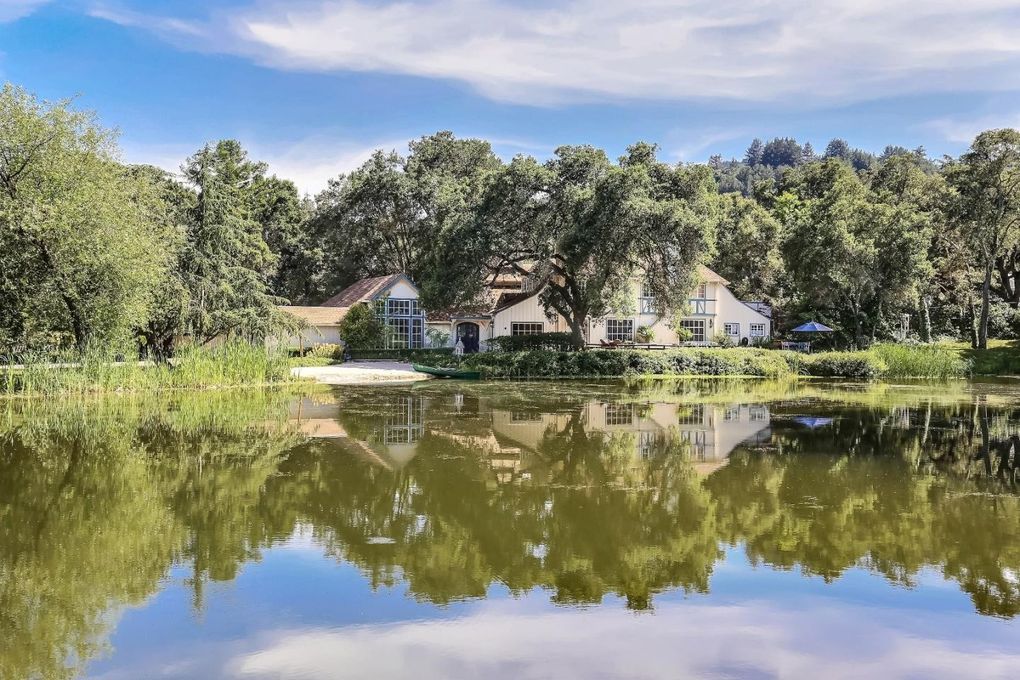 Welcome to Canardia, one of the most enchanting properties in all of Lower Woodside. This storybook property, originally belonging to prominent socialite Adelade Kirkbride, boasts 7+ majestic acres of lush landscaping and serene gardens, including horse stables and its own private lake. The main residence includes 5BR and 7.5BA with over 6,000 sq. ft. of living space, including a gourmet chef's kitchen, game room, and large master bedroom wing. An entertainer's dream house, with pool, pool house, fire pits, outdoor kitchen, gardens, and more. A premiere horse property, with stables and box stalls, zoned for 14+ horses. Minutes away from both Downtown Woodside and the Rosewood Sand Hill, the property is perfectly located in the middle of the SF Peninsula, between San Francisco and San Jose. It sits in close to proximity to San Francisco International Airport an San Jose International Airport, and companies Apple, Google, Facebook, Sand Hill Road VC firms and Stanford University. 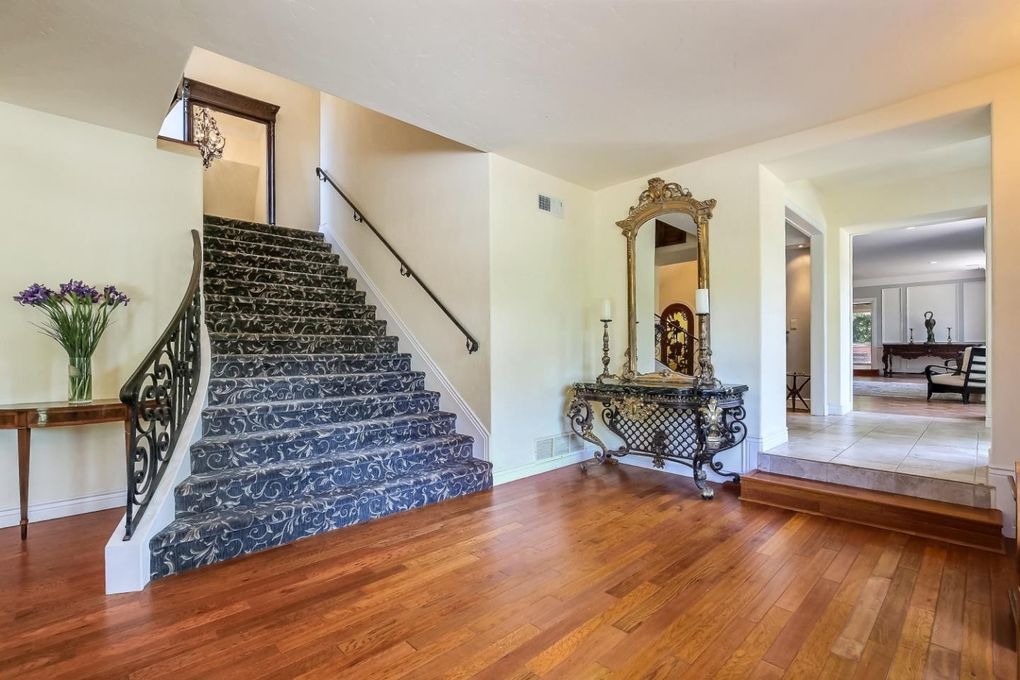 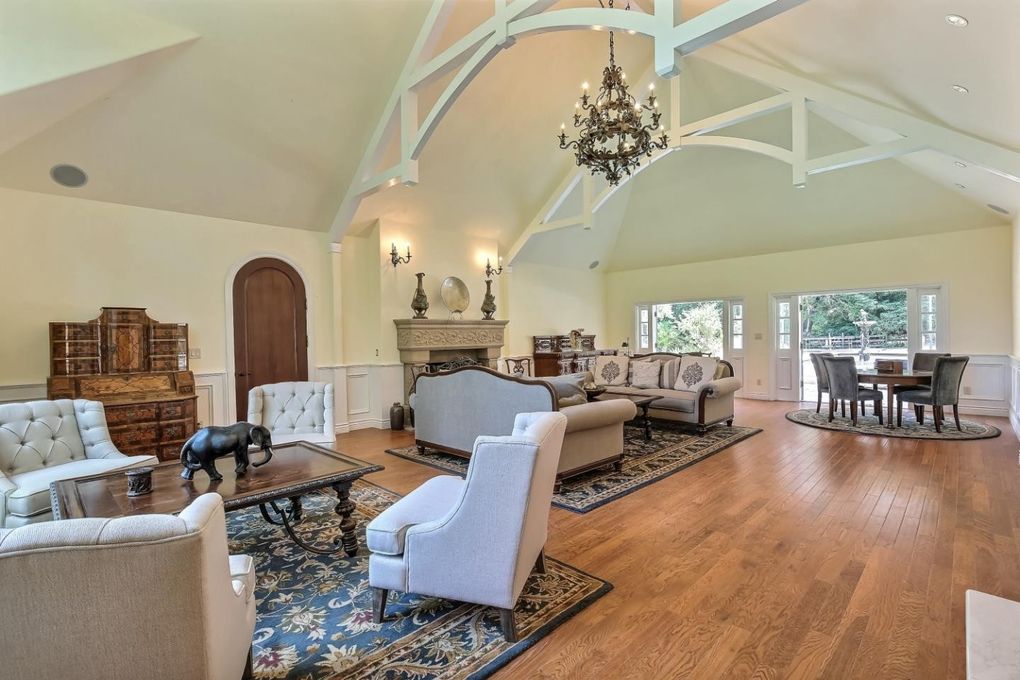 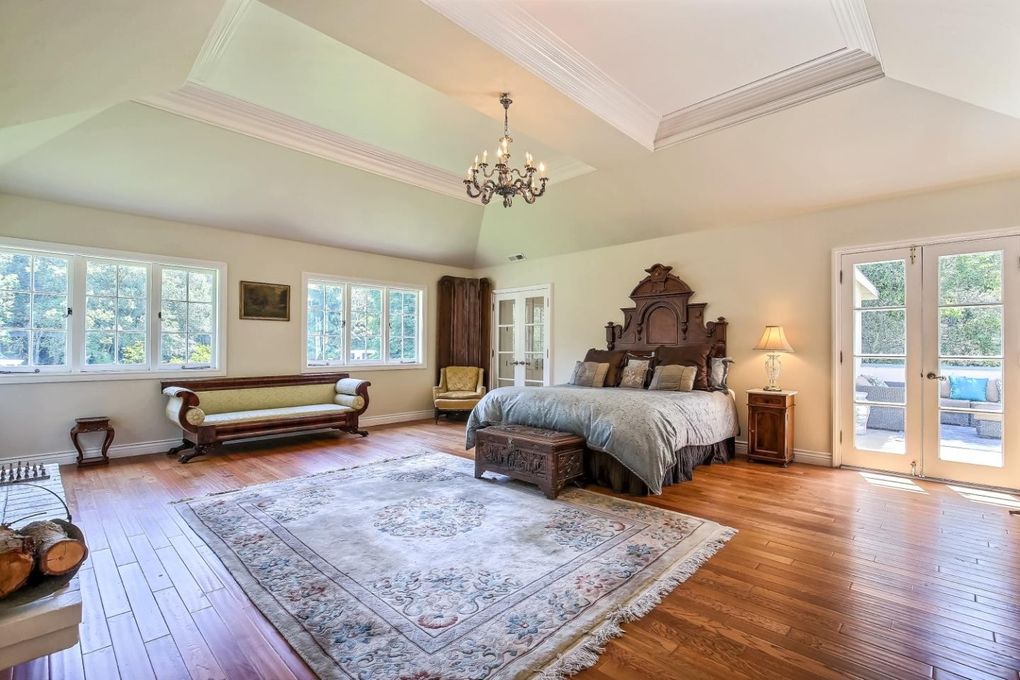 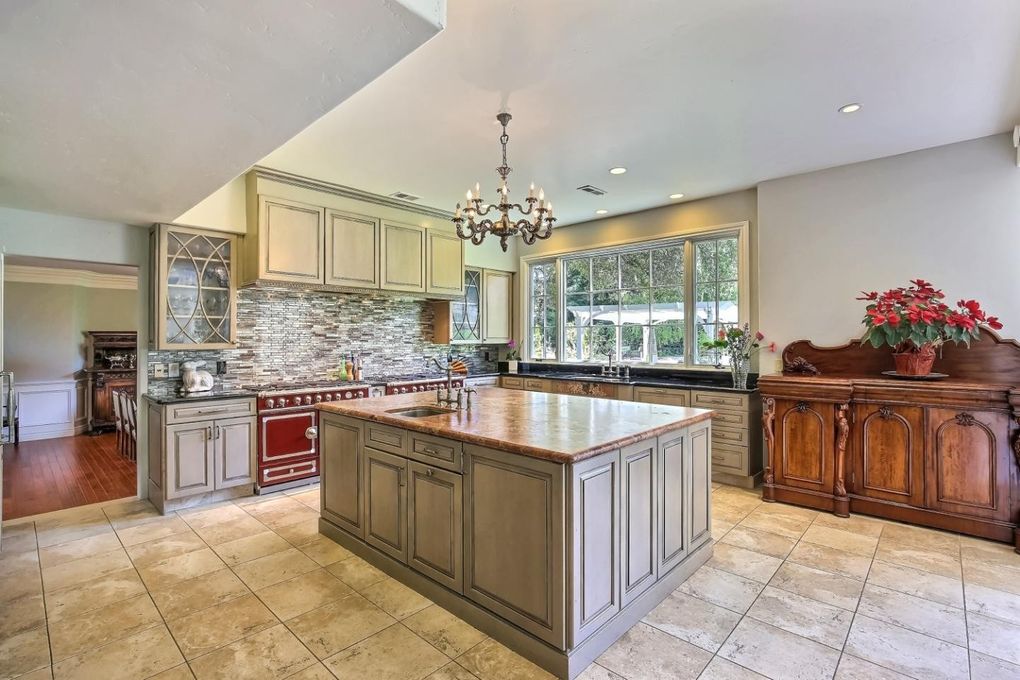 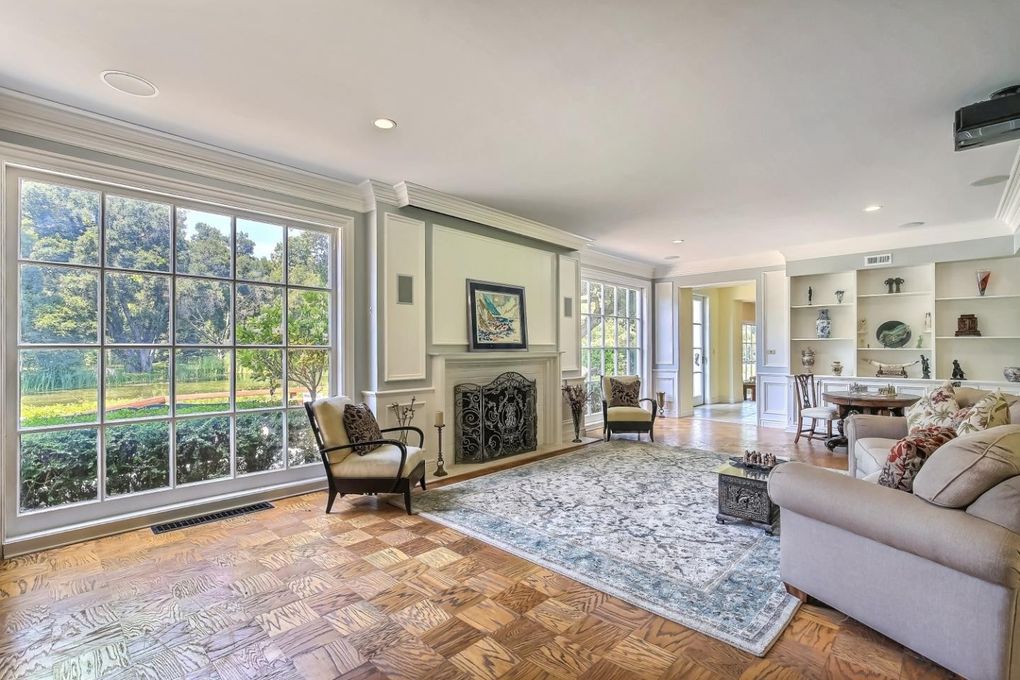 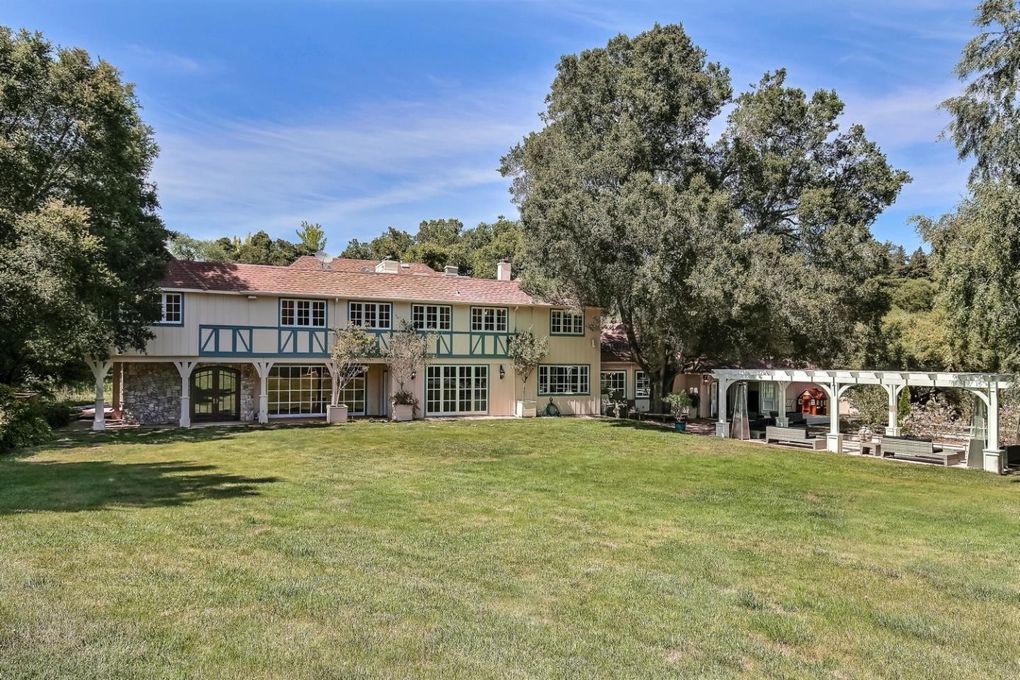 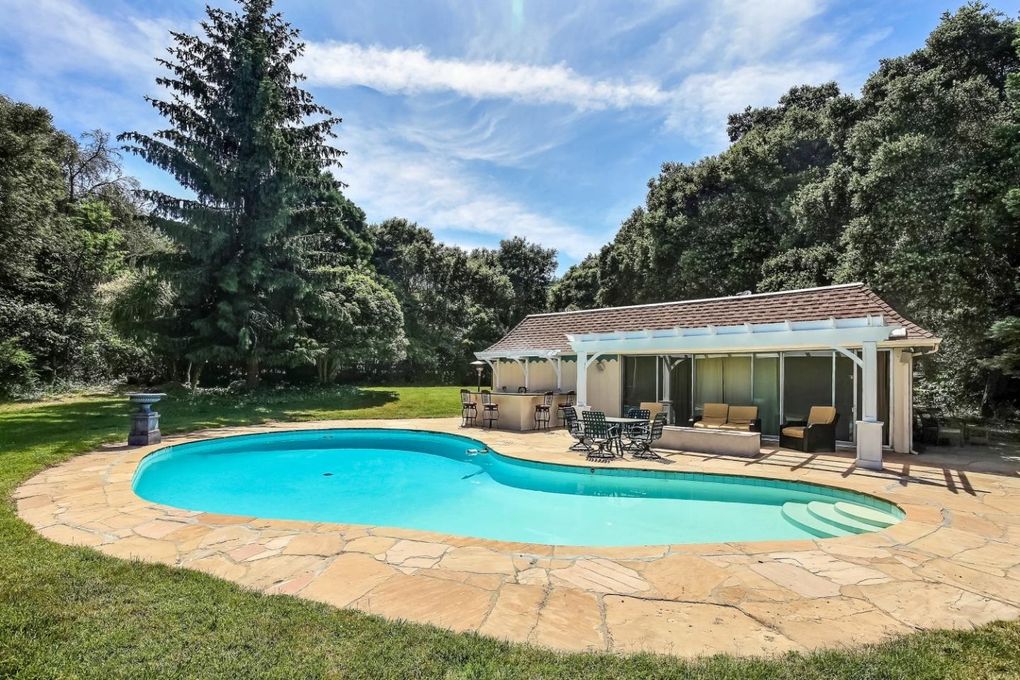 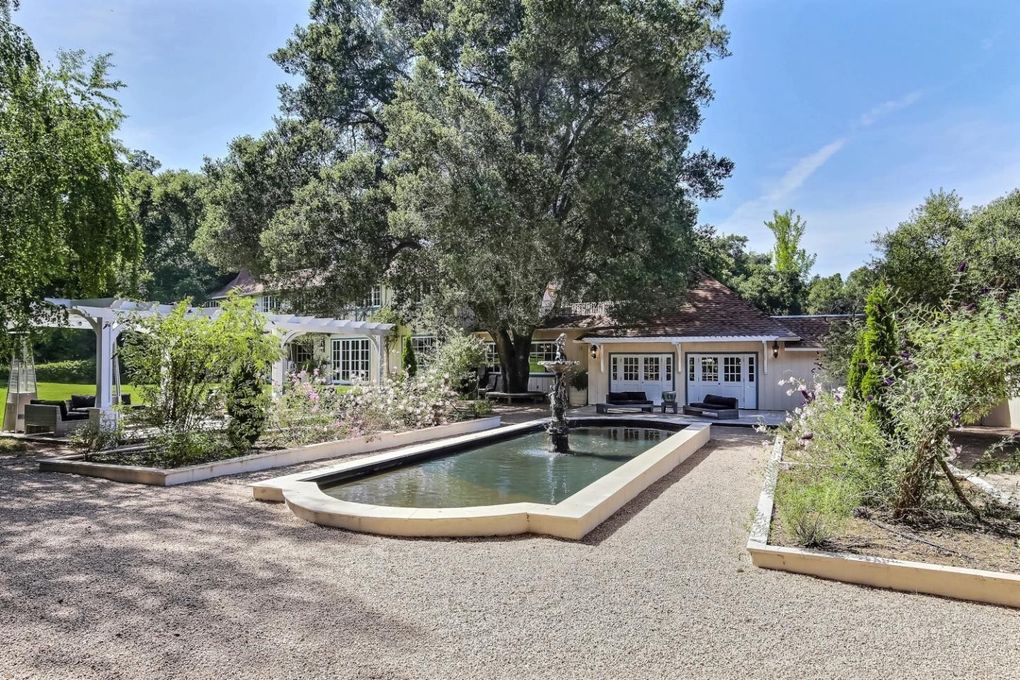 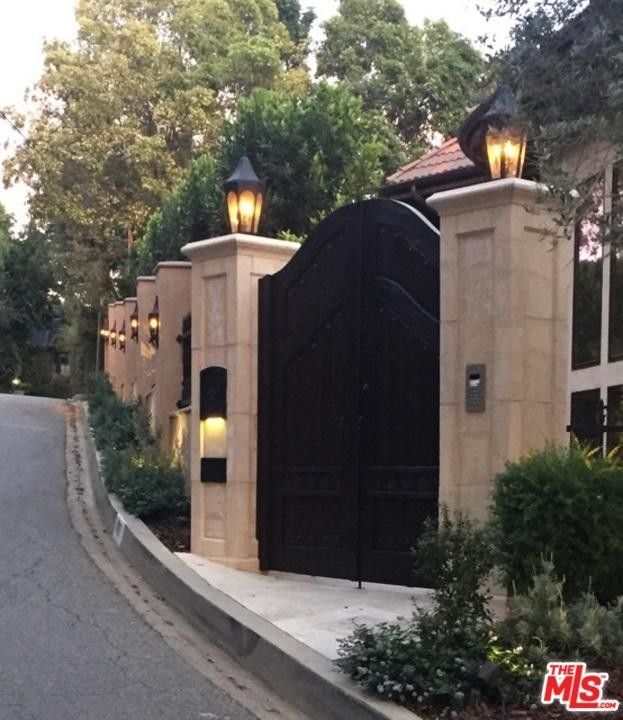 A stunning modern day gated Tuscan Villa situated on the prestigious Bel-Air Road. This Meticulous home is masterfully crafted with the highest quality finishes. Panoramic views from almost every room gives the feeling of an airy, bright and tranquil setting. One is greeted by the grand foyer that features limestone floors through out the house. The living room offers a grand space that leads to a breath taking limestone terrace. The cook's kitchen with hand painted tile back splash has antiqued cabinetry, walk in pantry, grand center island ,dining area and bi-fold doors, which also leads to the terrace. The impressive sized terrace offers a beautifully designed built in Barbecue with a custom hood, beverage cooler and bar area. An entertainers dream! 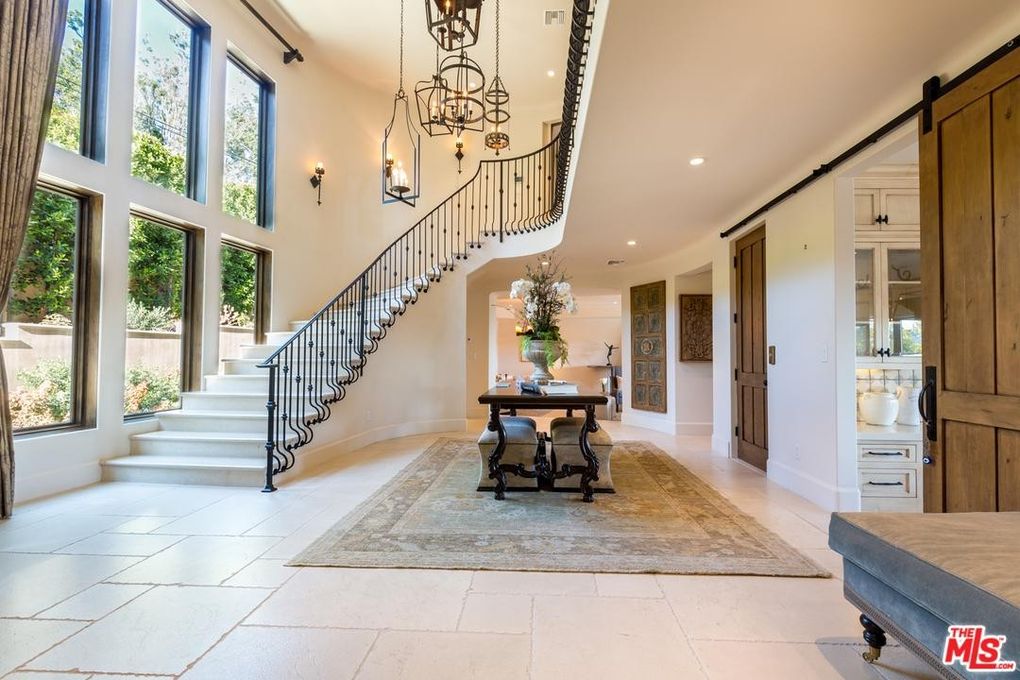 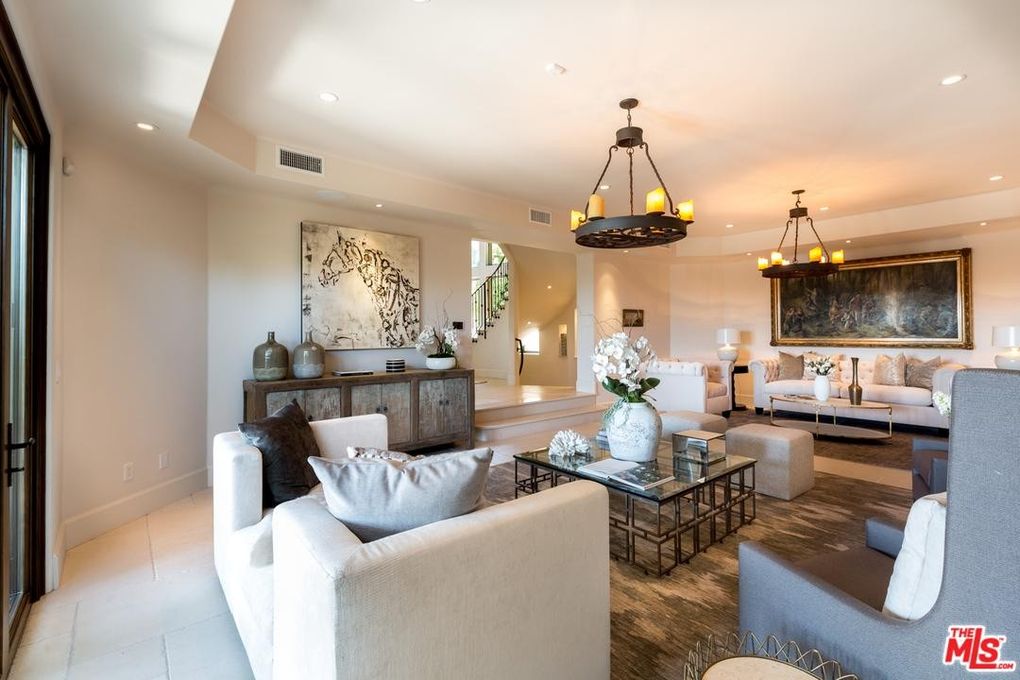 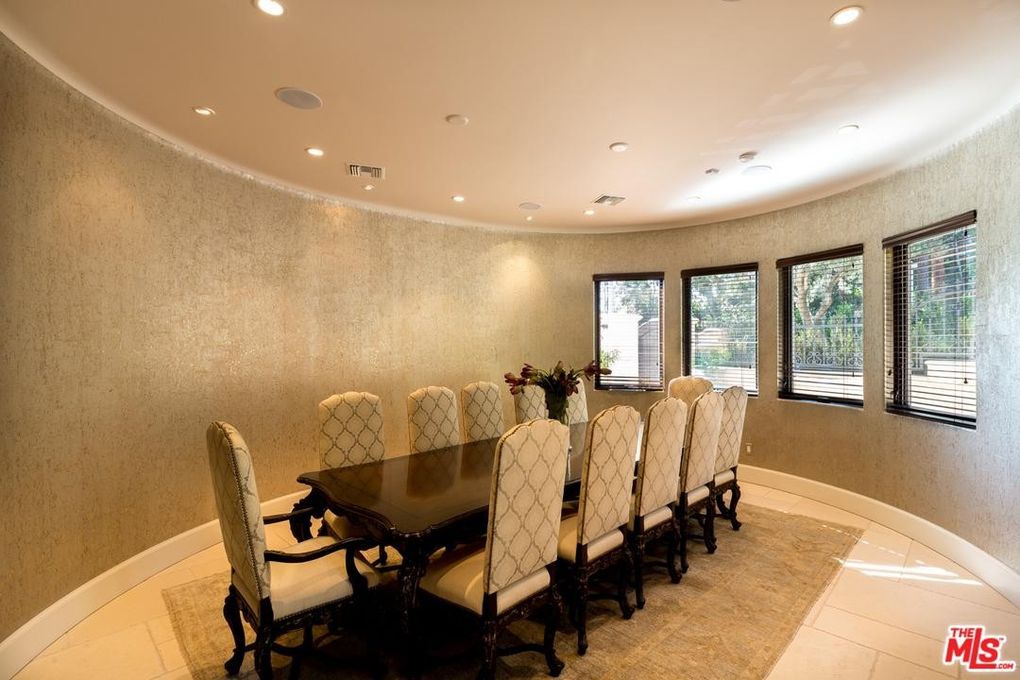 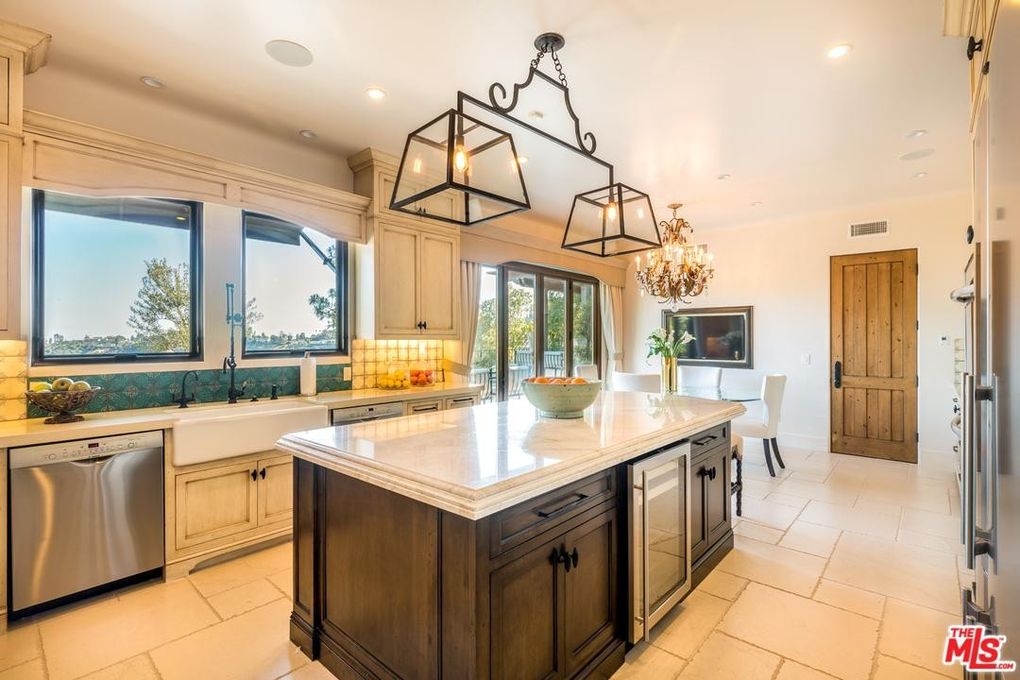 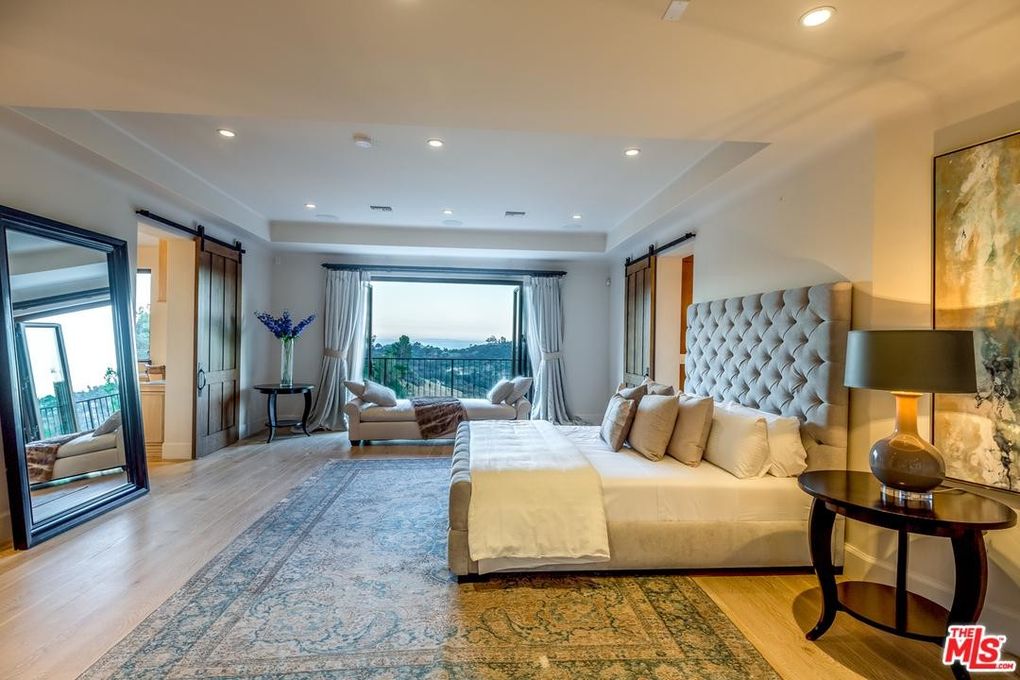 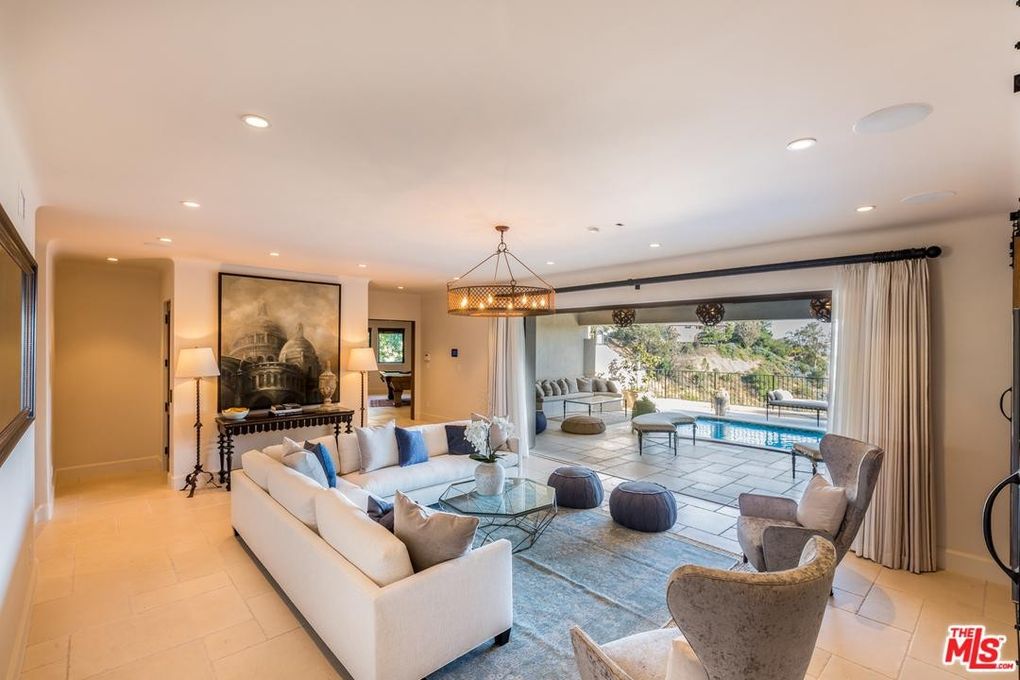 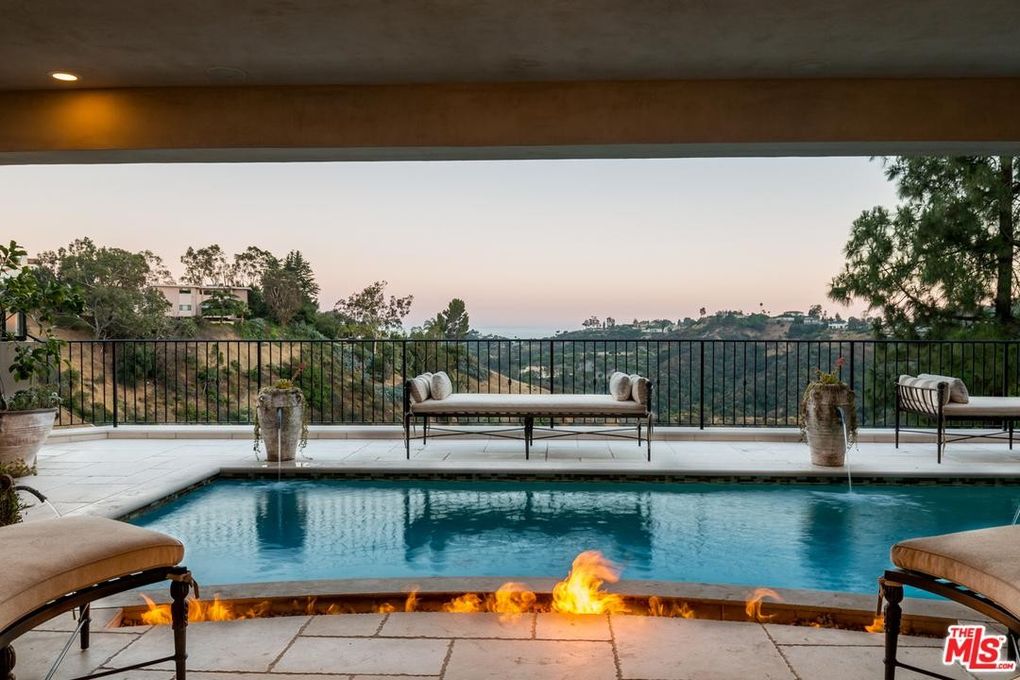 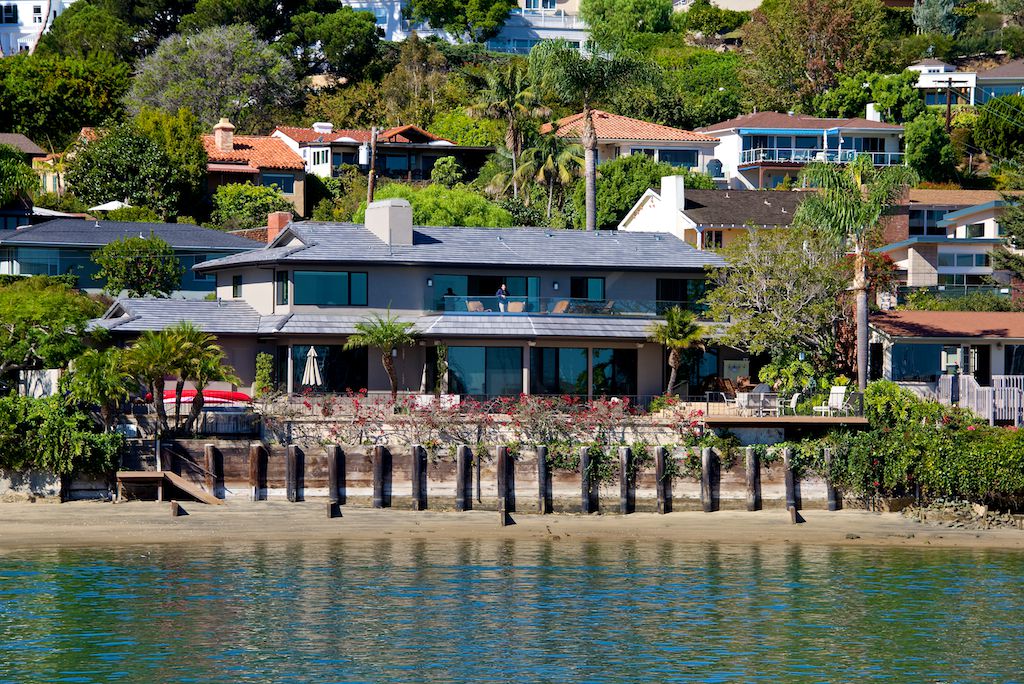 A stunning waterfront home in La Playa, Point Loma, with dramatic custom doors that lead you to the perfect bayfront view. Completely remodeled in 2012 this home features an open floor plan with exceptional design and materials throughout. Walls of windows & doors frame the ever changing views & sounds of the yachts & sailboats on the bay. An entertainer's dream with indoor/outdoor spaces that flow seamlessly to the large deck that spans 100 ft of bayfront. Private steps lead you to the sand and water. This home is the epitome of well thought out design and function. The setting is superb and truly breathtaking. Enter through the custom designed front doors into a spacious front foyer with a dramatic sweeping staircase. The home flows naturally towards the water and those views. Brushed marble and walnut hardwood floors add beauty and light to the rooms. The gourmet kitchen features Wolf and Subzero appliances with quartzite stone counters. The wine cellar with stone finish walls has a capacity of 500 bottles. The kitchen opens to a step down living room and dining room. All rooms flow to the outside deck and create a perfect setting for large parties or intimate family gatherings. All 4 bedroom have remodeled ensuite bathrooms and the 3 upstairs bedrooms are spacious with windows and doors that frame the view of the bay. Live the dream! 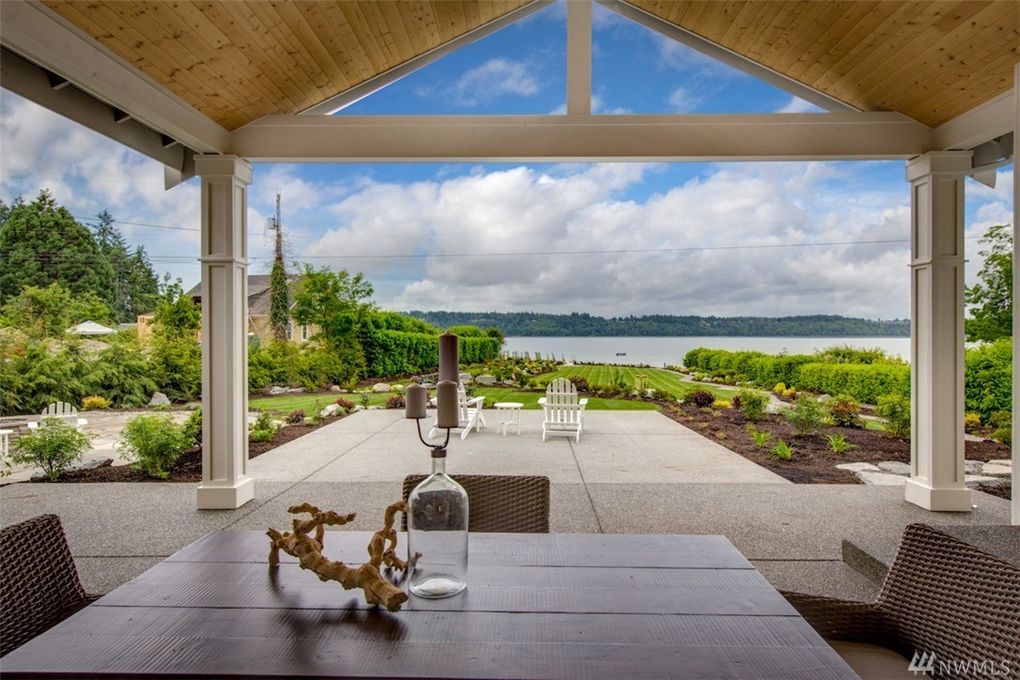 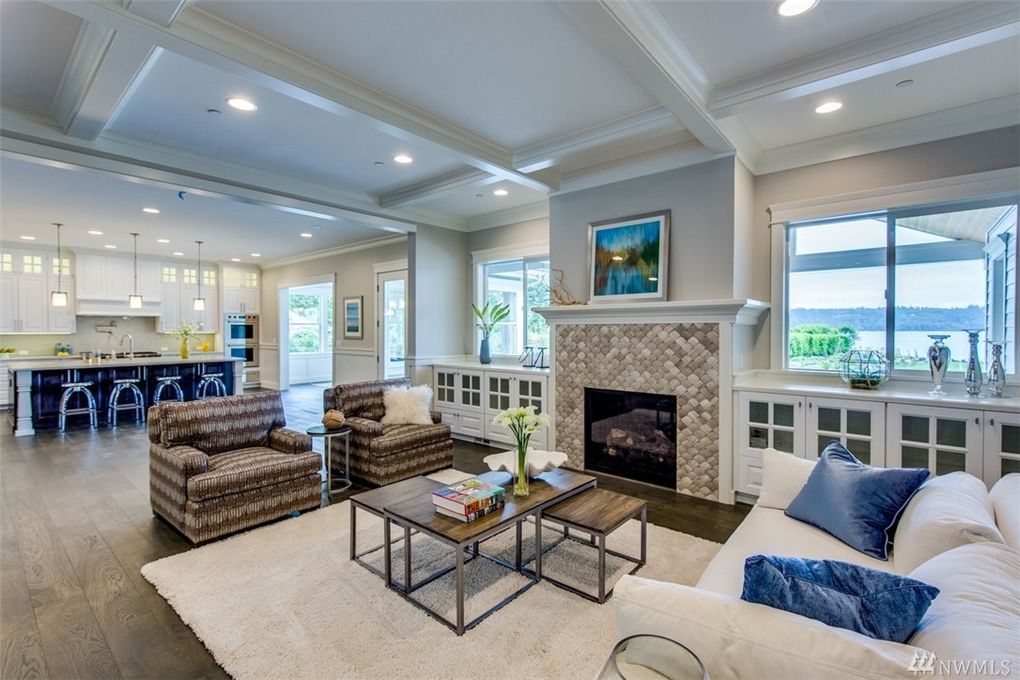 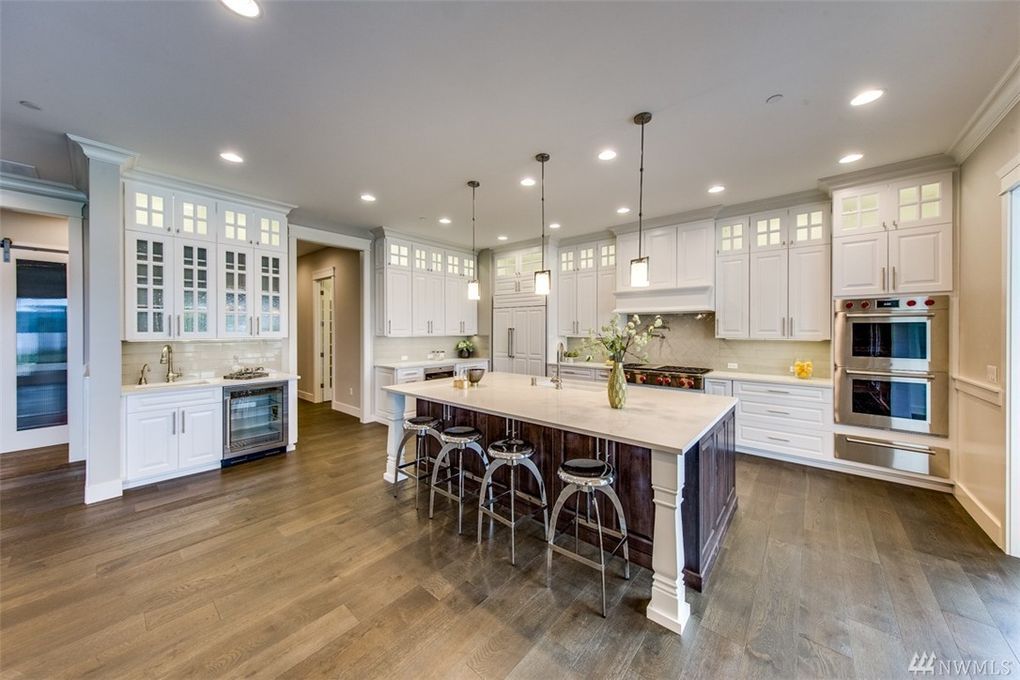 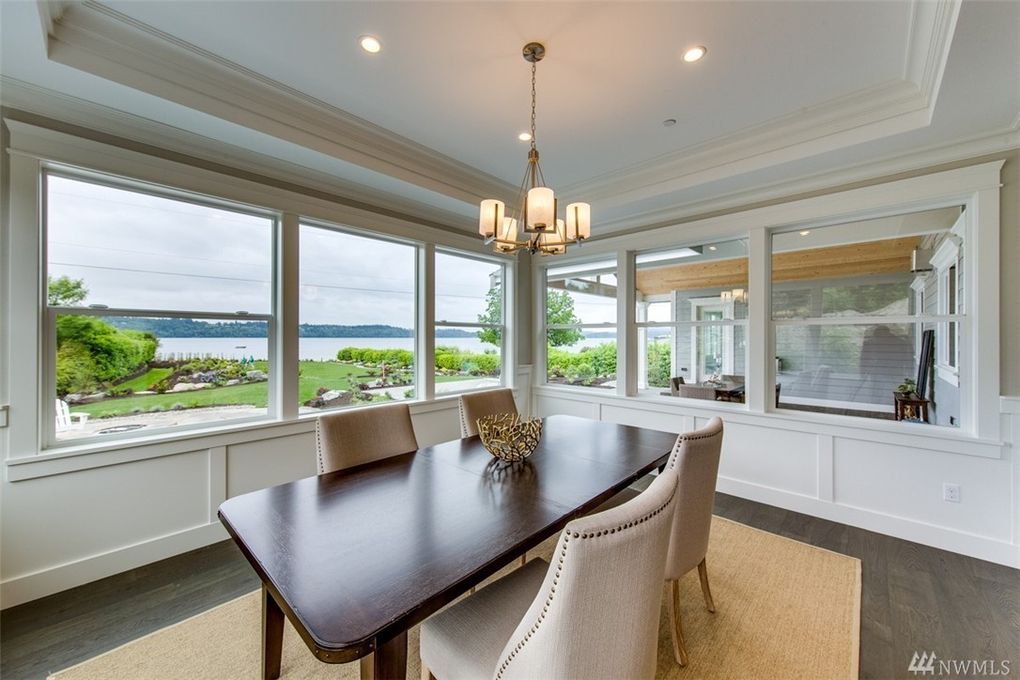 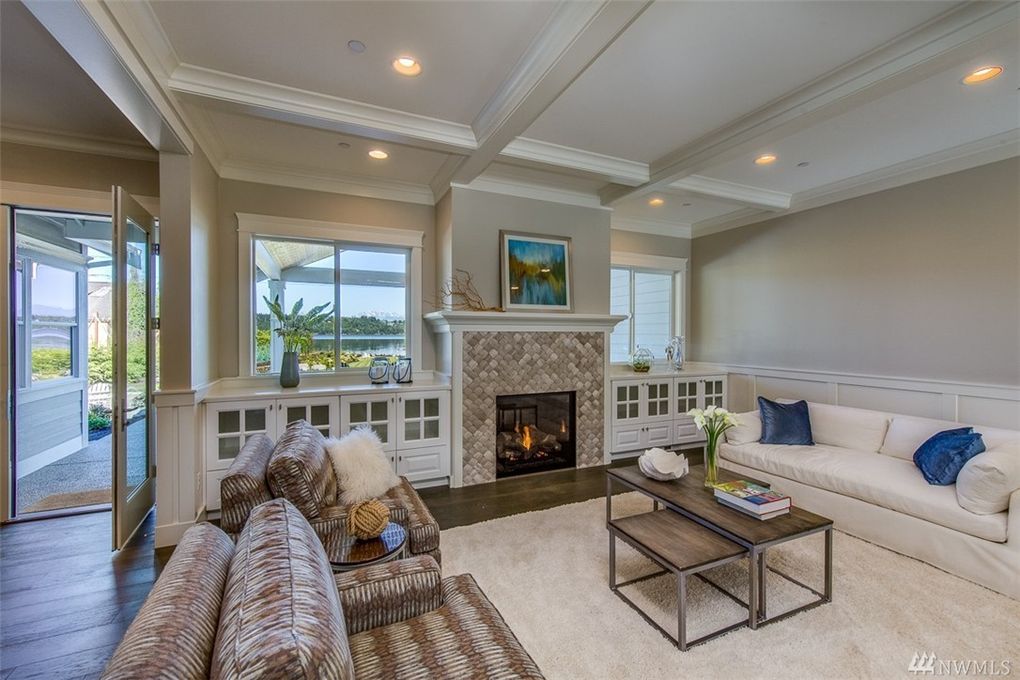 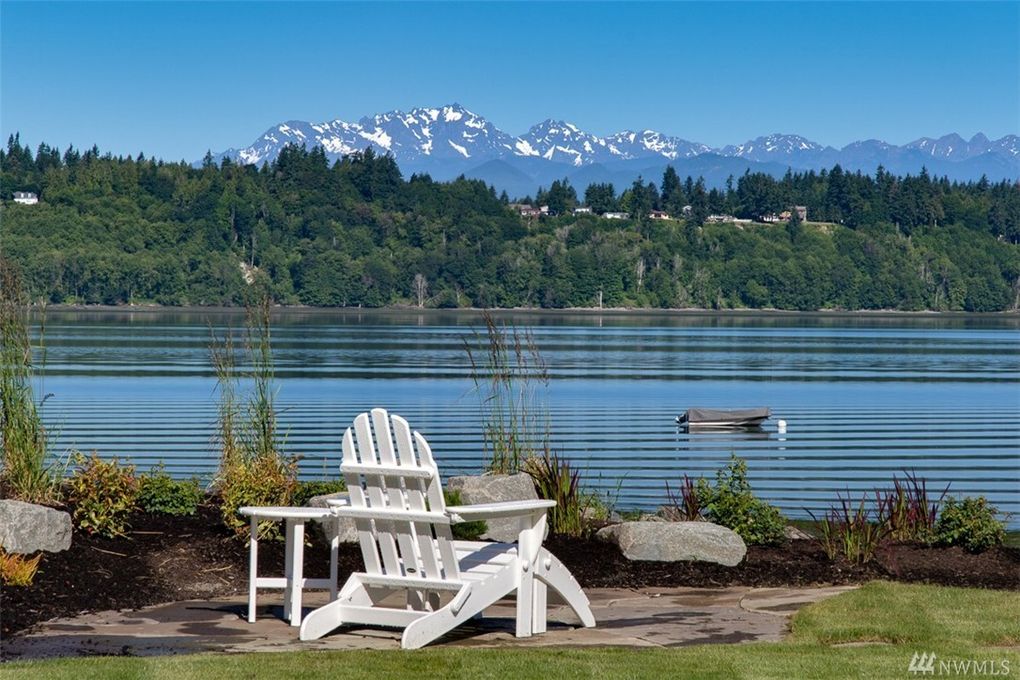 Mortgage rates have been so little-changed in recent days that yesterday's coverage wouldn't need to be changed in order to apply perfectly today.  Indeed, the 3rd paragraph is a word-for-word repeat.  To be fair though, we would need to update yesterday's reference to "especially over the past 5 days."  That "5" would now be a "6," obviously.

Any detectable difference in today's rate quotes would come in the form of slightly lower upfront costs versus yesterday.  The actual interest rate quote remains unchanged.  This sideways trend could easily continue for several more days.

The absence of change continues to be a good thing given that rates remain very close to their lowest levels in more than 8 months.  Only a handful of recent days have been any better.  4.0% is the most prevalently-quoted conventional 30yr fixed rate on top tier scenarios, though a few of the aggressive lenders remain at 3.875%.

Existing home sales weren't expected to strengthen in May, in fact analysts were looking for a slight decline. Sales however did manage to recover from a significant April loss while inventories increased slightly and the median sales price rose to a new high.

April's sales had tumbled by 2.3 percent compared to the previous month.  Those sales were revised lower still, from the original rate of 5.570 million to 5.560 million.
Analysts polled by Econoday had expected sales to be in the annual range of 5.450 million to 5.650 million.  The consensus was in the exact middle at 5.550 million.

Single-family home sales rose 1.0 percent to a seasonally adjusted annual rate of 4.98 million from 4.93 million in April, and were 2.7 percent above the 4.85 million pace a year earlier. Condo and co-op sales posted a 1.6 percent increase from April to an annual rate of 640,000 units, up 3.2 percent on an annual basis.

Lawrence Yun, NAR chief economist, commented on the positive May numbers, saying that buyers were able to overcome increasingly challenging market conditions in many areas. "The job market in most of the country is healthy and the recent downward trend in mortgage rates continues to keep buyer interest at a robust level," he said. "Those able to close on a home last month are probably feeling both happy and relieved. Listings in the affordable price range are scarce, homes are coming off the market at an extremely fast pace and the prevalence of multiple offers in some markets are pushing prices higher."

"Home prices keep chugging along at a pace that is not sustainable in the long run," added Yun. "Current demand levels indicate sales should be stronger, but it's clear some would-be buyers are having to delay or postpone their home search because low supply is leading to worsening affordability conditions."

There was a slight improvement in the listings inventory with 1.96 million homes available for sale.  This is an increase of 2.1 percent from April, but is still 8.4 percent lower than a year ago, the 24th month the inventory has shrunk on an annual basis.  The inventory is estimated at a 4.2-month supply at the current pace of sales, down from 4.7 months in May 2016.

NAR said several markets had even a short sales period with homes in the Seattle-Tacoma-Bellevue metro taking a median of 20 days to sell, and the San Francisco and San Jose Markets 24 and 25 days respectively. "With new and existing supply failing to catch up with demand, several markets this summer will continue to see homes going under contract at this remarkably fast pace of under a month," said Yun.

The percentage of first-time buyers is not improving.  They accounted for a 33 percent share of sales in May, 1 percentage point lower than in April. NAR said the average share for all of 2016 was 35 percent. Individual investors purchased 16 percent of homes sold during the month and 64 percent of them paid cash.  Twenty-two percent of transactions were all cash in May.