Designed by famed architect, Grosvenor Atterbury in 1901, this 33' wide townhouse features the privacy and exclusivity of a single family home while offering all the conveniences of a full service condominium. The interior design palate of neutral grays and creams has been beautifully executed and is effortlessly classic. From the breathtaking entrance foyer finished in Chambord Limestone and polished plaster, to the 5" wide white-oak planked floors throughout, the townhouse exudes sophistication. The massive chefs kitchen has Olympian White Danby Fleuri Stone countertops, and Olympian White Danby vein cut marble island and low luster white lacquer cabinetry. The kitchen has been outfitted with all top of the line appliances, such as Wolf range and oven, Sub-Zero refrigerator, freezer, and wine-cooler, Miele dishwasher, and Dornbrocht faucets. The townhouse features approximately 10,088 sq ft over four floors with both a private and public passenger elevator servicing each floor. There are currently 5 bedrooms and 5 full baths and 3 half baths. The parlor floor features over 12' ceilings with beautiful south facing floor to ceiling arched windows and there is a large private terrace off the first floor. There is no other townhouse/condominium in the city that can compare! 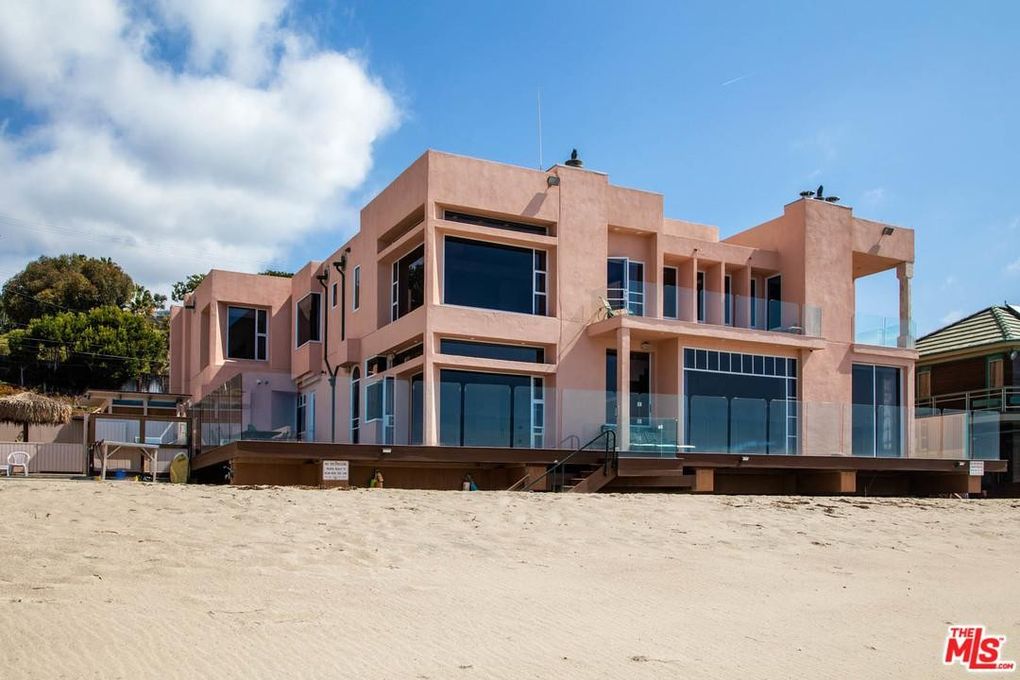 Experience the joy of living in Malibu on one of our best deep sandy beaches. Escondido Beach is a private road just south of Paradise Cove. W/views from Pt. Dume to Santa Monica Bay, this popular and sought after beach offers privacy, a great swimming beach and one of the best accesses for stand-up paddling and kayaking. Stunning architectural home is approx. 6100 SF of living space plus a 2-car garage and giant basement w/wine cellar, generator and elevator, all situated on almost 80 feet of dry sandy beach. Entry courtyard w/koi pond and waterfall leads into spacious 2-story living room w/fireplace, separate dining room and media room w/overhead projector, large oceanfront bar and walls of glass. Informal eating area and generous cook's kitchen open to spacious wrap-around deck, private spa and sandy beach. Upstairs are 3 bedrooms and 2 baths plus master suite w/roomy bedroom w/fireplace and exceptional ocean views, large bathroom and generous closets. All the comforts of a large estate - right on the sand. 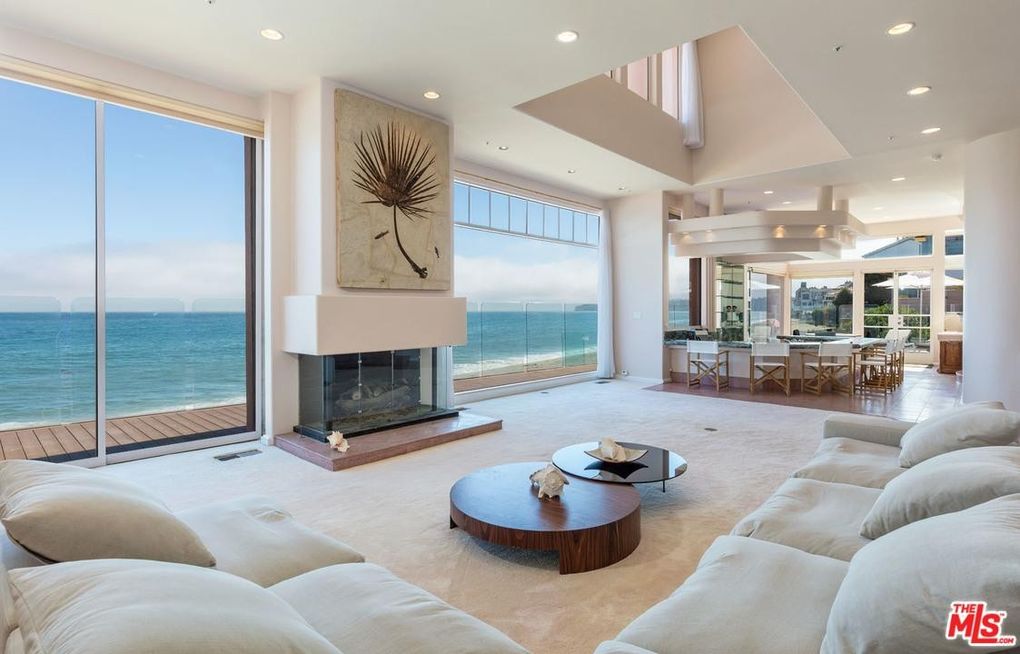 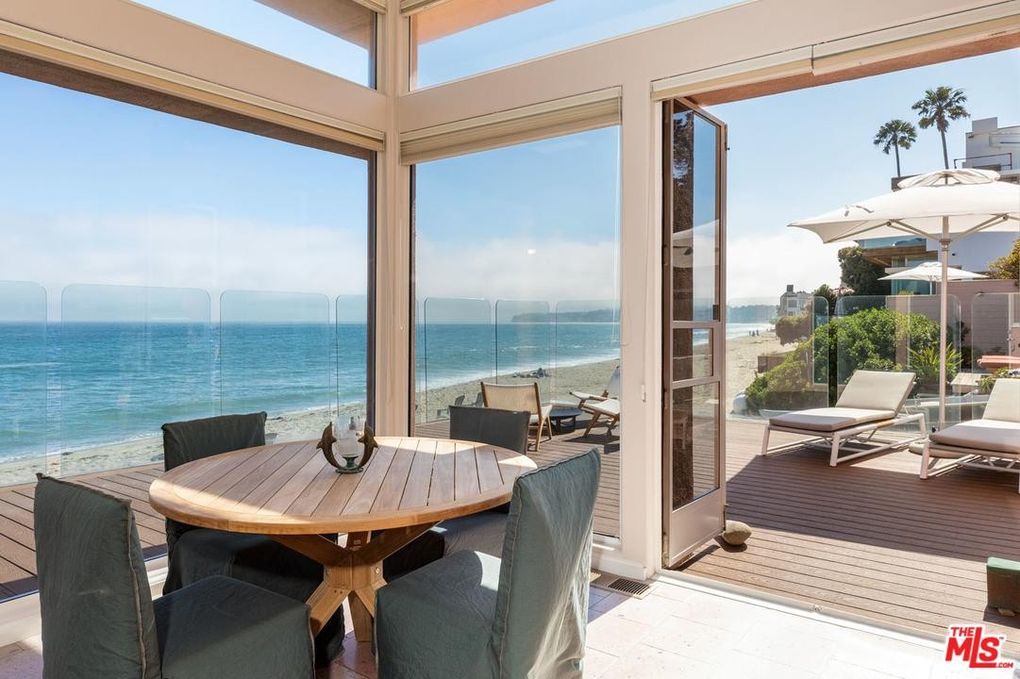 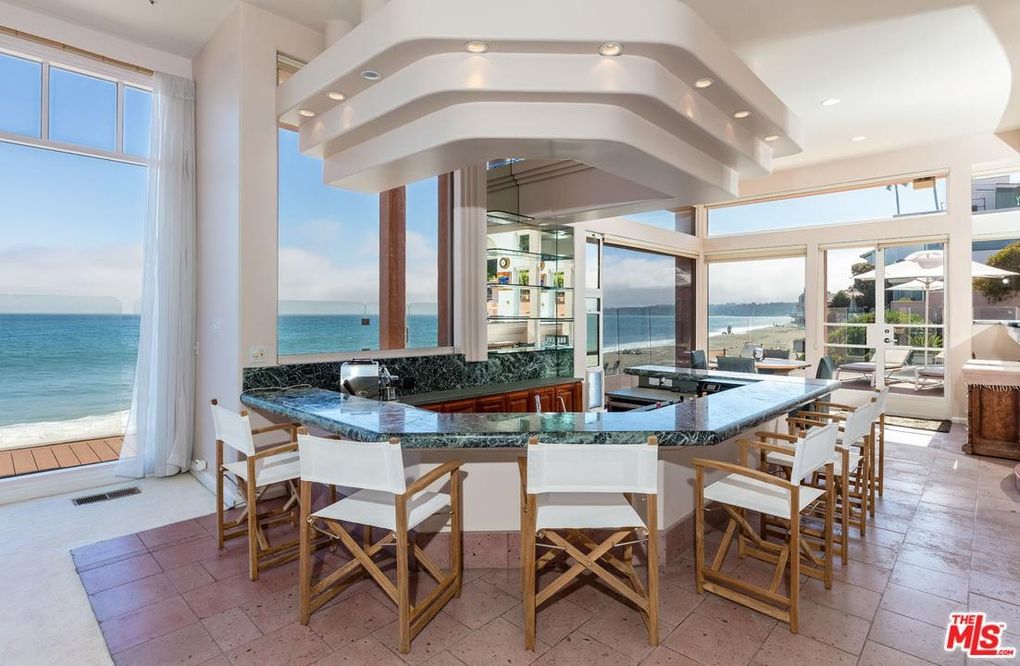 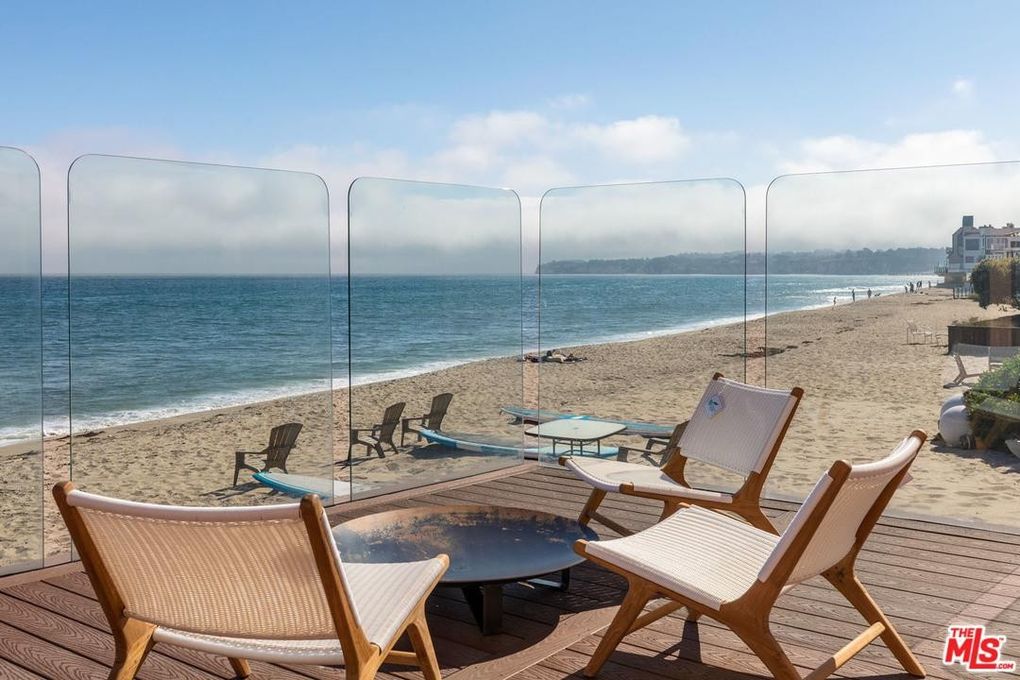 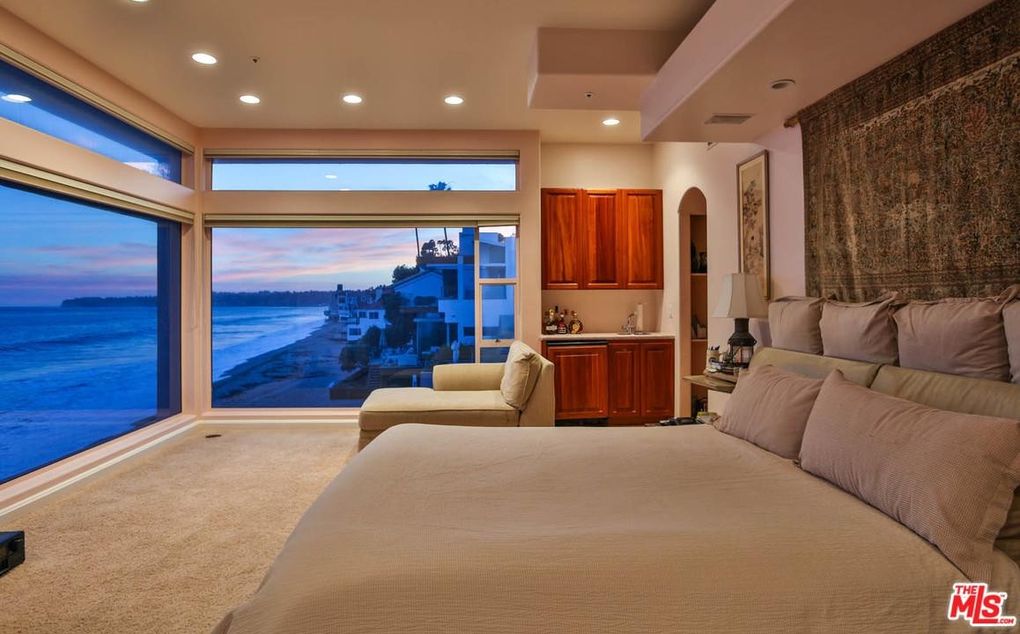 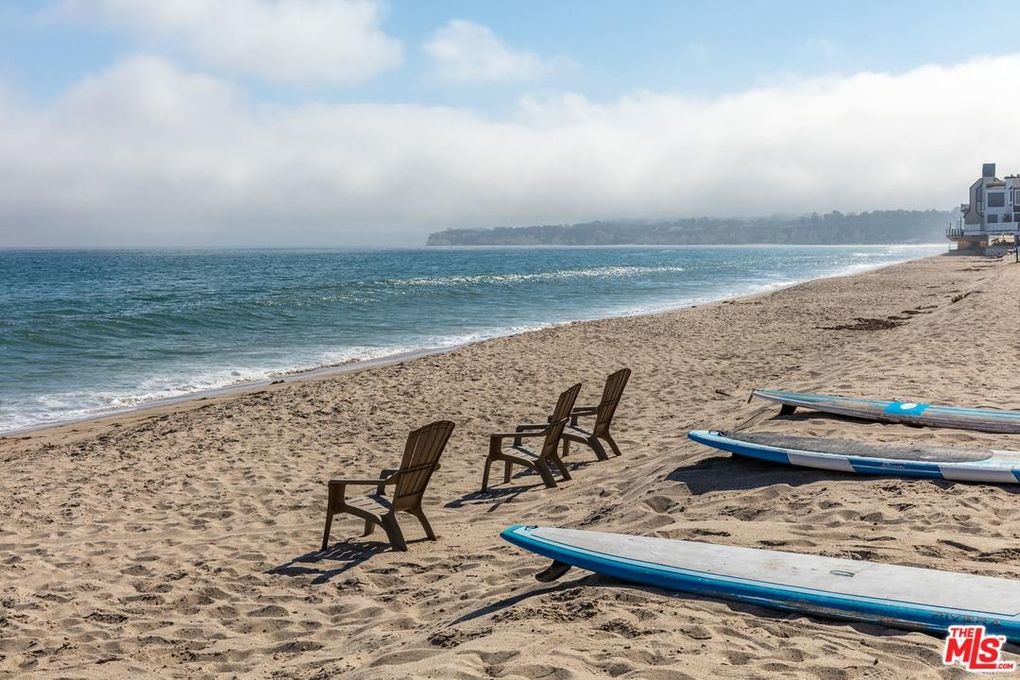 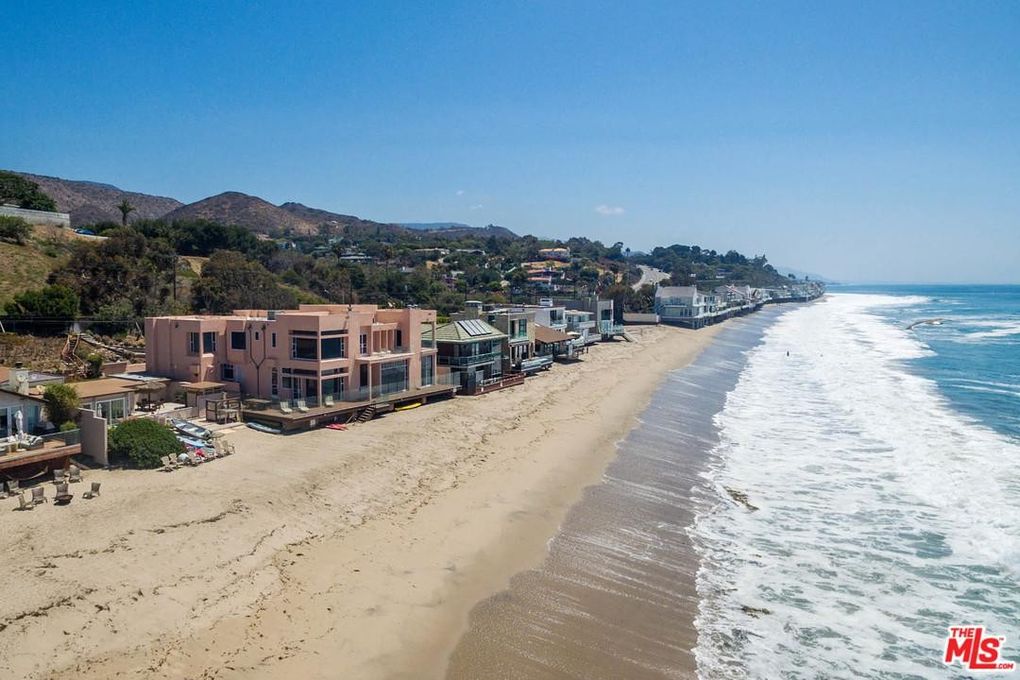 Absolutely stunning mid century remodel with jaw-dropping 180-degree ocean to back country views. All single level with exquisite finishes. Entertaining will be a delight with the indoor-outdoor feeling of the expansive folding door system in the great room. Enjoy the California evenings either in the spa or around the raised glass fire pit overlooking the San Elijo Lagoon Ecological Reserve, one of the largest remaining coastal wetlands in SD County. Finishes include: hardwood floors, high-end frameless cabinets, stainless steel appliances, ledger stone fireplace, new HVAC, epoxied two car garage, drought resistant yard and so much more on a large 18,600 square foot lot. Only a few blocks to the newly built Earl Warren Junior High School, the soon to be rebuilt Skyline Elementary school, train station, shopping, the best beaches and the freeway.

Custom curated NW Contemporary by Chris Gayte of Gayteway Custom Homes. Luxury-defined nestled into the apex of Clyde Hill showcasing stunning views amidst the estates. Masterfully executed with superlative details and finishes, intimate spaces set in a bold environs. This unique home encompasses sleek urban design and spectacular craftsmanship. Conceptualized by Brian Brand of Baylis and finish work by the talented Kathy Blakeney of Pratt and Larsen, a proud pedigree of design and execution.

An architecture expert reveals the ugliest McMansions in America

The American McMansion is officially a dying breed of architectural design, which is good news for those who consider the unnecessarily massive and disproportionate homes an eyesore.The blog Worst of McMansions, also known as McMansion Hell by its URL, has taken on the daunting task of chronicling these monstrosities and helping the general public understand exactly what makes these homes so hideous.The anonymous author, who simply goes by "Kate," studied architectural acoustics and has been writing about architecture for six years. We've asked Kate to gather what she considers to be the ugliest McMansions built in the past five years. Below is her list.


Thanks for reading "Today's Best Mansions"