Located on one of the most prestigious streets in L.A. with views from Downtown to the ocean, this newly constructed estate is a masterpiece of light and design. A generous gated driveway leads to the grand residence, which opens to a soaring great room and custom chef's kitchen with natural French oak and marble floors reclaimed from Spain. Four upper level ensuite bedrooms include a luxurious master suite with dual bathrooms, showroom closets and a private patio. A rooftop terrace with direct elevator access offers views to the ocean, while an expansive daylit lower level holds a theater, wine cellar, cigar room with air purifying technology, onyx bar, auto gallery, guest suite and indoor-outdoor gym connecting to a spa with steam room, sauna, shower and massage room. Sliding pocket doors off the main level spaces create an effortless indoor-outdoor flow to a sprawling, parklike backyard with an oversized pool and spa, heated dining loggia and outdoor kitchen with BBQ and beer taps.

The median home value in Scottsdale is $418,700. Scottsdale homevalues have gone up 2.6% over the past year. Zillow predicts they will rise 0.4% withiin the next year.

The median home value in Carefree is $746,800. Carefree home values have gone up 3.6% over the past year.  Zillow predicts they will rise 1.3% within the next year.

The median home value in Paradise Valley is $1,604,200.  Paradise home values have gone up 1.3% over the past year. Zillow predicts they will rise 0.0% within the next year.

Spectacular gated Spanish-style estate perfectly situated on 4.3 acres in Prado Estates! Complete seclusion and utmost privacy while being minutes away from dining, shopping and golf.  A This private 9,409 SF compound w/ a 1,282 SF guest house is a magical blend of European elegance and romance boasting magnificent city and mountain views. You'll be transported into another world as you enter the home through the welcoming courtyard into incredible architecture, view towers and balconies. Main home has 6 bedrooms and private guest house features 2 beds / 2 baths.  A Resort style grounds provide unmatched landscaping and abundant amenities including a resort pool and spa with swim up bar, entertaining Solana, putting green with bunker, in-ground trampoline, full size tennis/basketball sport court, fire pit, walking path & bridge, garden. Truly one of a kind!

The median home value in San Francisco is $1,189,100. San Francisco home values have gone up 4.0% over the past year.  Zillow predicts they will decrease by 1.0% within the year.

The median home value in Sausalito is $1,254,300. Sausalito home values have gone up 2.6% over the past year. Zillow predicts they will rise 1.5% within the next year.

The median home value in Atherton is $6,145,500. Atherton home values have gone up 2.9% over the past year and Zillow predicts they will rise 0.8% within the next year.

This exceptional Central Woodside property enjoys the utmost in privacy on just over three sun-swept acres at the end of a private lane with sweeping views of the western hills. From every room, French doors open to private courtyards, balconies, or terraces- all overlooking the glorious gardens and western views and surrounding countryside. The grounds are an idyllic setting for outdoor living with a pool, a vast main terrace, sunken spa and pathways that meander through the property. This outstanding retreat set midway between Silicon Valley and San Francisco, is truly unique and has access to acclaimed Woodside School!

The median home value in King County is $551,000. King County home values have gone up 13.6% over the past year.  Zillow predicts they will rise 5.6% within the next year.

The median home value in Seattle is $653,400. Seattle home values have gone up 12.9% over the past year. Zillow predicts they will rise 5.5% within the next year.

The median home value in Bellevue is $800,800. Bellevue home values have gone up 14.4% over the past year. Zillow predicts they will rise 5.7% within thenext year.

The median home value in Mercer Island is $1,378,300, Mercer island home values have gone up 9.4% over the past year.  Zillow predicts they will rise 5.3% with the next year.

The median home value in Medina is $2,454,700. Medina home values have gone up 10.8% over the past year and Zillow predicts they will rise 5.1% withinthe next year. 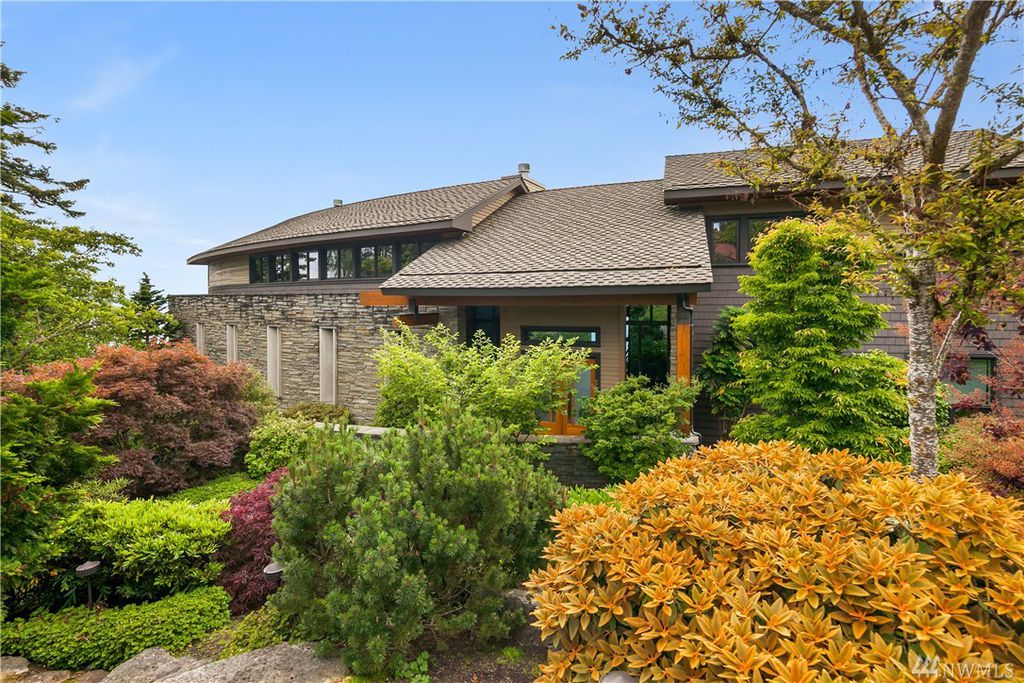 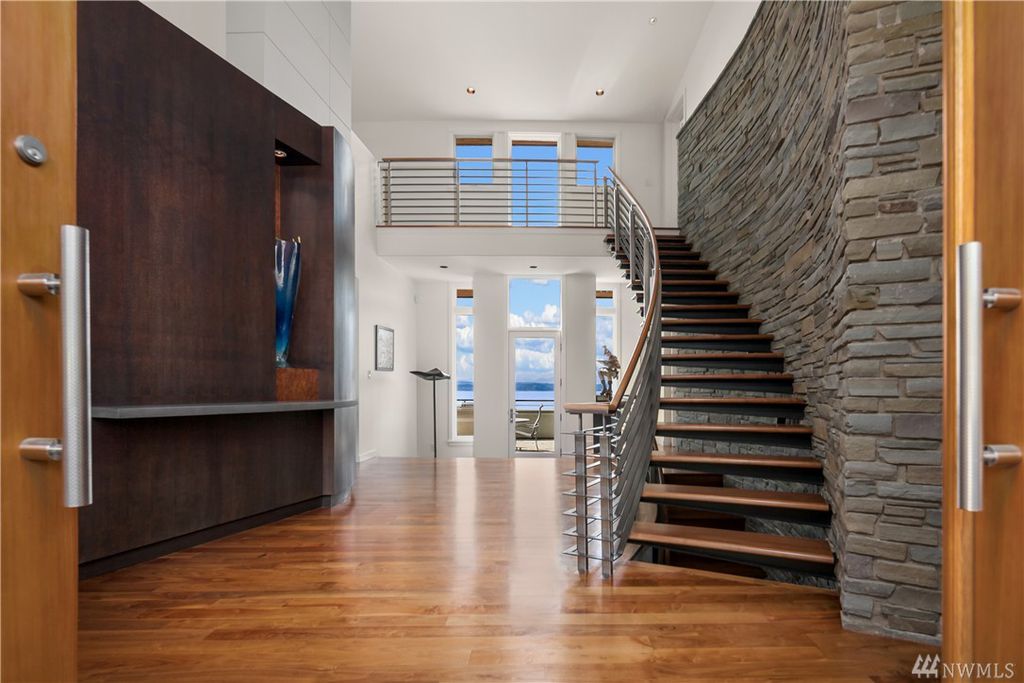 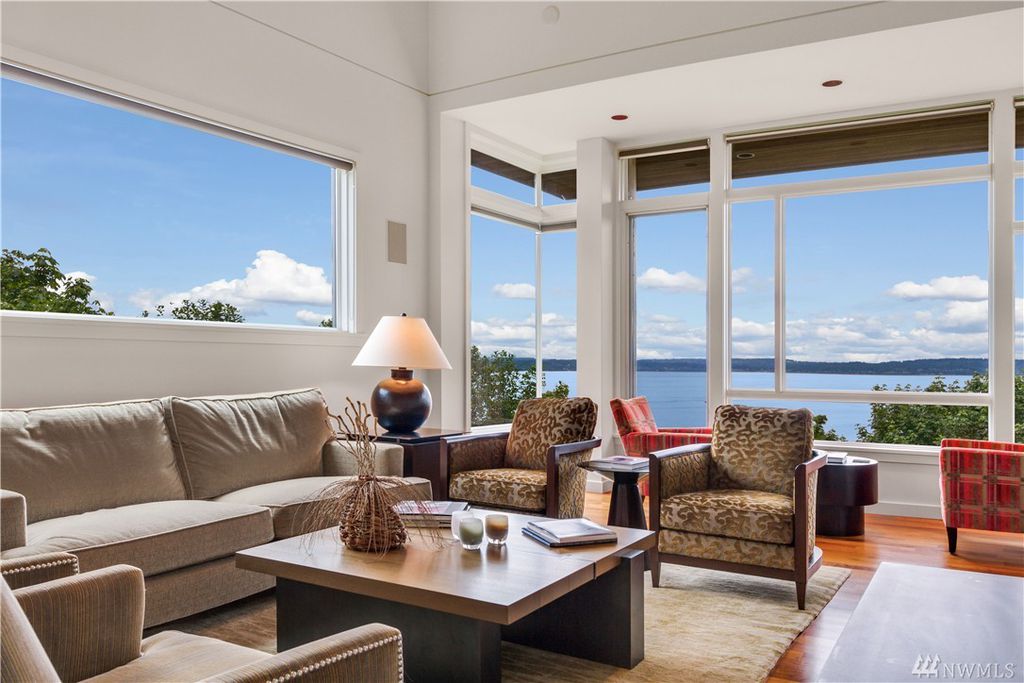 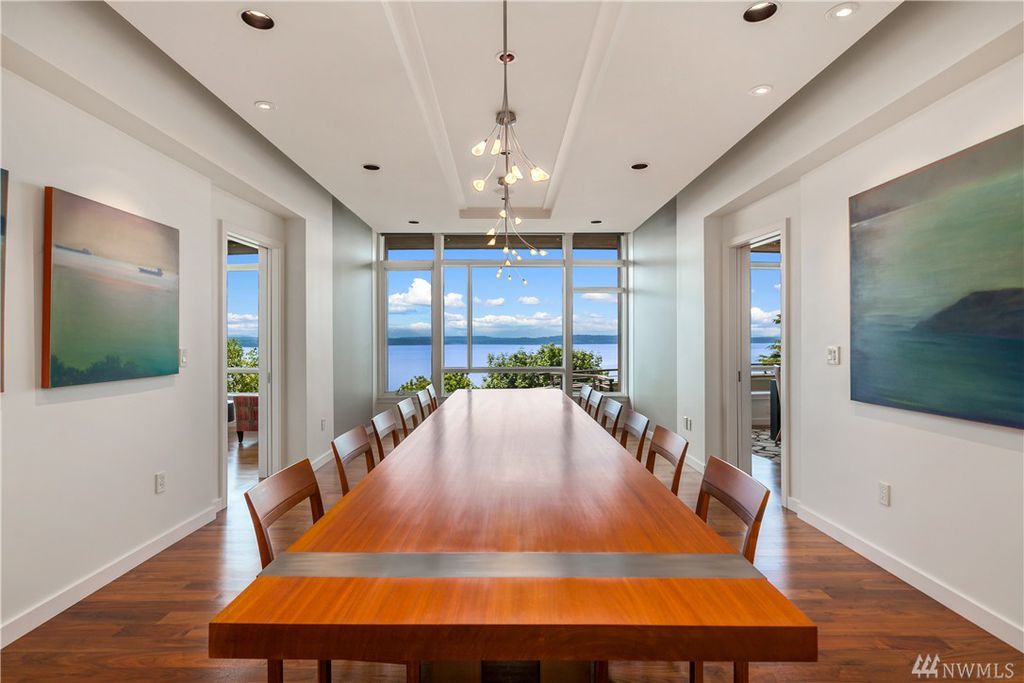 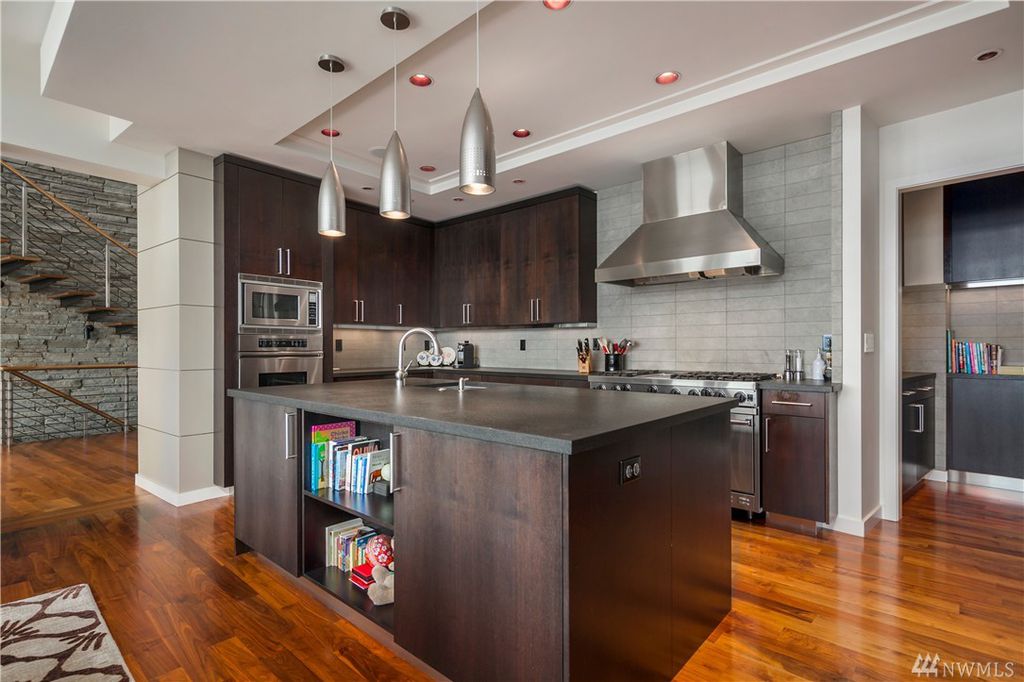 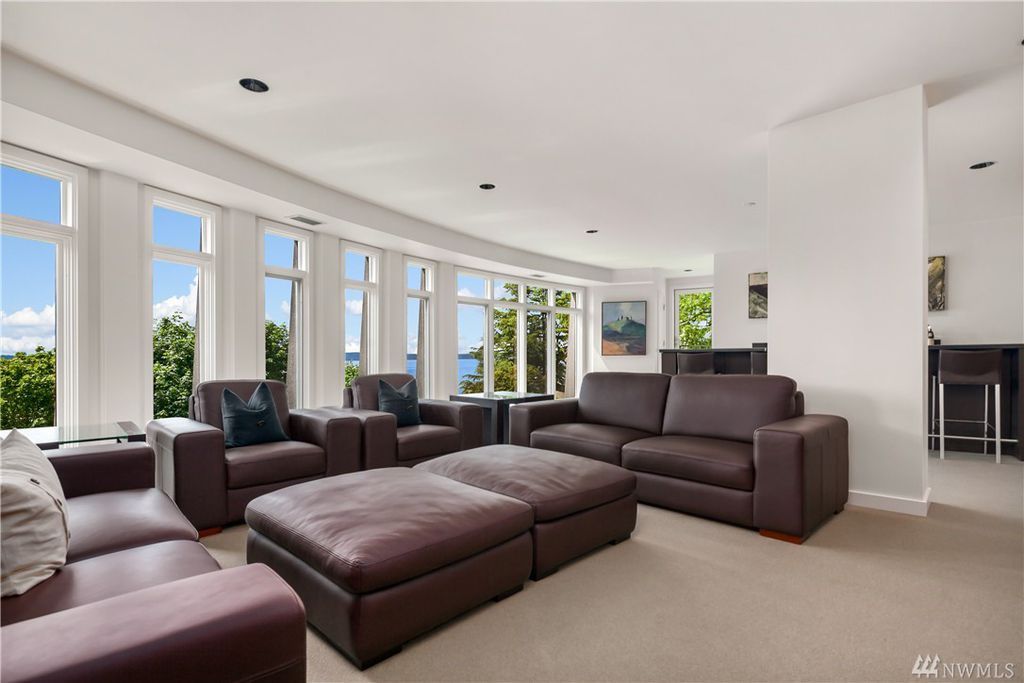 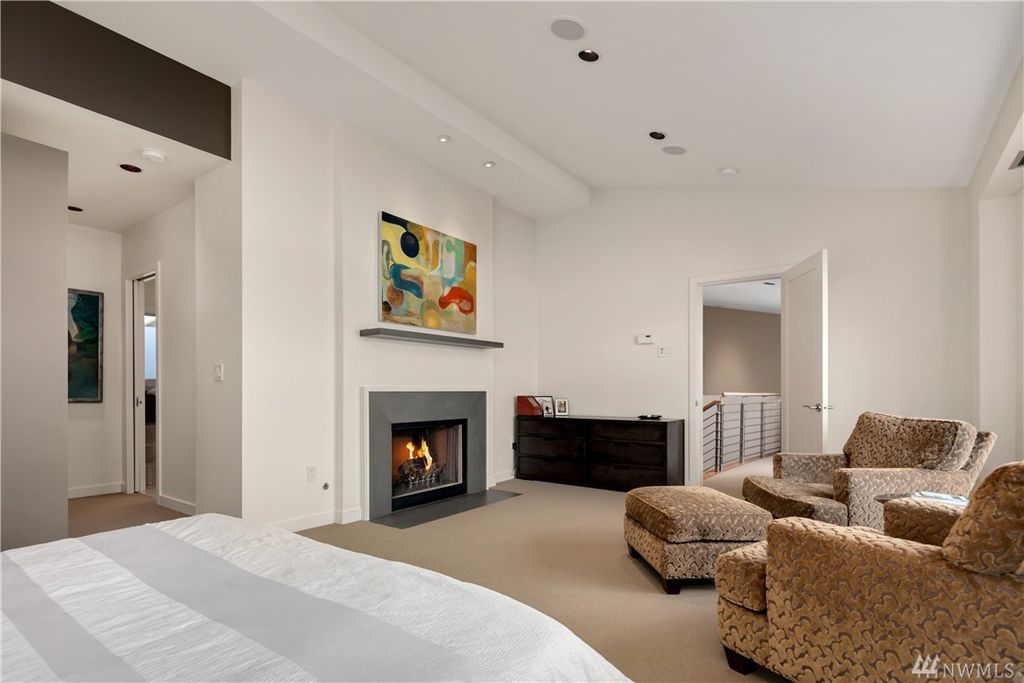 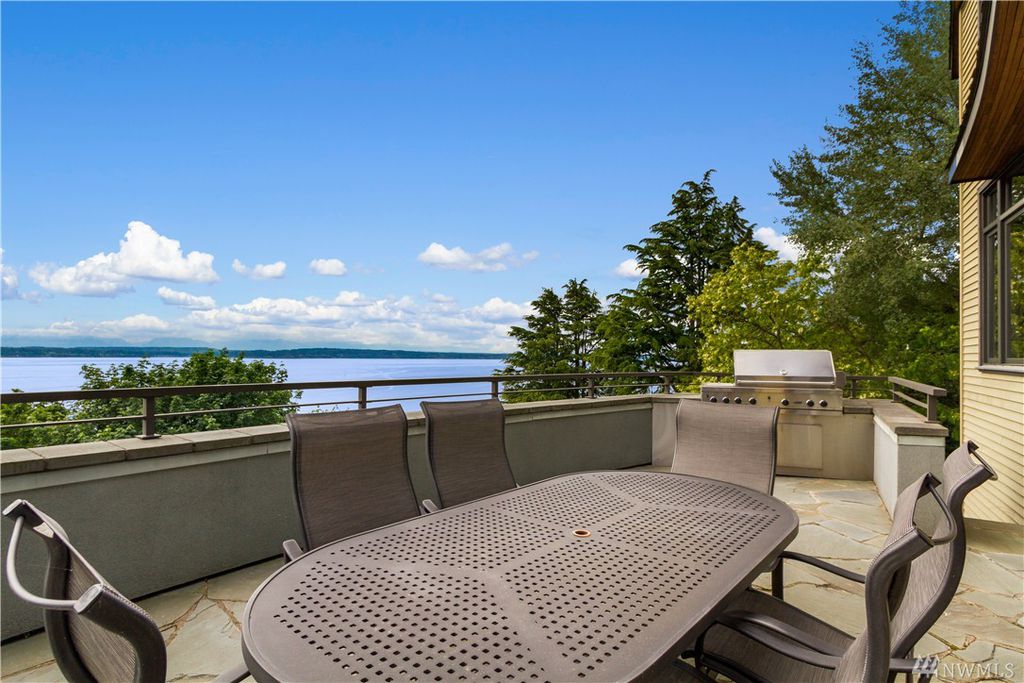 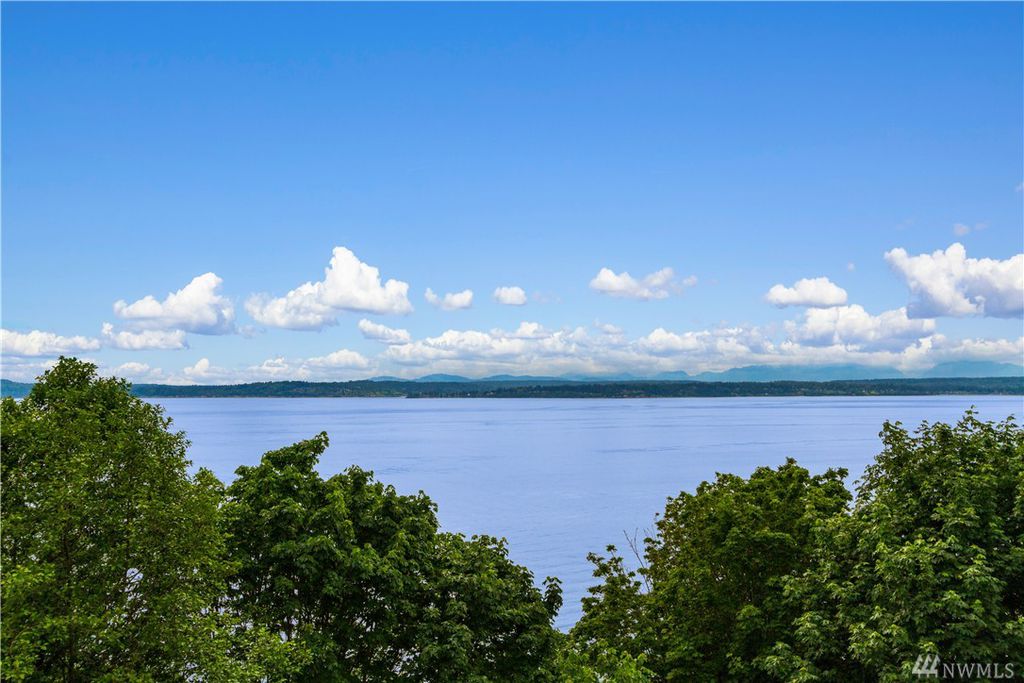 Mortgage rates were steady to slightly lower today, with underlying bond markets essentially erasing the damage seen yesterday.  This was neither here nor there for the mortgage world as most lenders didn't adjust rates much higher yesterday (despite bond weakness).  Thus, they didn't have much to do today when bonds strengthened.  In general "bond market strength" = lower rates and vice versa.

There were no significant economic reports or major market-moving headlines today--at least not for rates.  Oil prices and political headlines might make the evening news, but neither were directly responsible for the bond market improvement.

The absence of change continues to be a good thing given that rates remain very close to their lowest levels in more than 8 months.  Only a handful of recent days have been any better.  4.0% is the most prevalently-quoted conventional 30yr fixed rate on top tier senarios, though a few of the aggressive lenders remain at 3.875%.

Boomers, Millennials, And The McMansions No One Wants 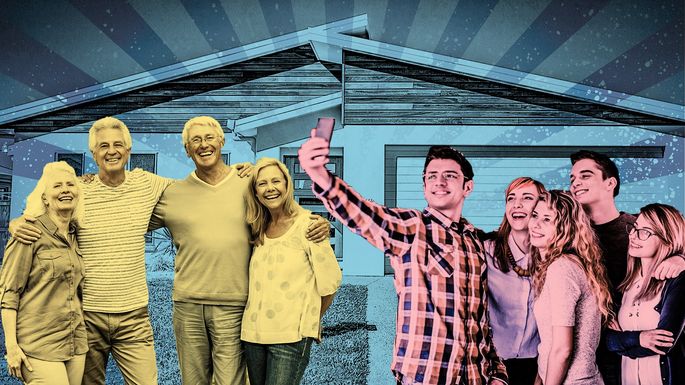 As baby boomers look to downsize out of their suburban McMansions, a generational showdown is looming: Millennials might be coming into their own as the nation's biggest group of first-time home buyers, but they aren't exactly lining up with bids in hand for those large, expensive homes in the sleepier suburbs. Instead, they're looking for a different kind of home—the same ones, in fact, that the empty nesters are looking to buy.


It's a battle of the millennials vs. baby boomers playing out in the nation's suburban housing markets.

Younger and older generations alike are gravitating toward smaller dwellings in more urban, walkable suburbs and cities, with restaurants and coffee shops around the corner. It's leading to a real estate traffic jam: Increasingly, boomers are getting stuck, because most can't buy the home of their dreams until they unload their current ones. And many millennials have neither the desire nor the means to help them out.
"What you have is everyone chasing the same type of home," says Rick Palacios, director of research at John Burns Real Estate Consulting. "More and more buyers of all ages want to avoid having to deal with a huge yard and all the upkeep and the costs to maintain [a larger] home."

It's creating an odd imbalance in a real estate market—a disruption to what has long been considered the traditional generational housing life cycle. And it's leaving many would-be buyers out in the cold.

There's no question that millennials are moving to the suburbs. About 57% of buyers 36 and under closed on homes in the suburbs last year, compared with just 15% of those who became homeowners in cities, according to research from the National Association of Realtors®. But their vision of suburban living differs from the sprawling domains of the boomer generation.

For one thing, many younger Americans are reluctant to give up the excitement of urban life to settle down and start having kids. About 45% of millennials who plan to buy a home in the future are waiting because they aren't ready to settle down yet, according to a survey of 24,000 millennial renters by the rental website Apartment List. (Other top reasons were not being able to afford to become homeowners and preferring to wait until marriage.)

So when they do make that move to the suburbs, millennials often seek more walkable towns that have many of the urban amenities they're used to, like bike lanes, social events, and lots of shops and restaurants.

“What's really attracting millennials are the communities that are bringing the urban flavor out to nonurban towns," Palacios says. "They don’t want the traditional  massive homes and big yards. They want smaller homes and cool things to do.”

"It’s more important to have proximity to the lifestyle they want," says Jason Dorsey, president and researcher at the Center for Generational Kinetics, focused on millennials and Generation Z. "Their living room is actually the park outside the condo."

The type of home that everyone wants today

It's not just the size of boomers' homes that is a turnoff; it's also the style. Times and tastes have changed, and today both boomers and millennials are attracted to modern, open floor plans—which aren't common in the older homes that boomers are hoping to unload. Boomers like the flexibility of these spaces for aging in place, and millennials like the clean design.

And while they're willing to compromise on size, millennials are less willing to bite the bullet on amenities. Weened on HGTV, they want high-end finishes, nice countertops, upscale appliances, and luxurious bathrooms.

Why boomers struggle to sell

All of these factors mean that while it's a seller's market in many areas, plenty of boomers are having trouble selling their homes, says Chris Porter, chief demographer and researcher for John Burns Real Estate Consulting.

Even if they want these larger homes, many younger buyers simply don't have the financial means to buy them.

The average college graduate in 2016 owed a whopping $37,172 in student loans, according to Student Loan Hero, a website that provides tools for managing college debt. Plus, with less work experience and shorter credit history, they aren't likely to qualify for a big mortgage.

As for Generation X, having weathered the Great Recession during what should have been their prime earning years, they now have to save for their kids' college expenses, their retirement, and caring for their aging parents. So they're not likely to trade up from their starter homes. And if they do, many prefer an easier-to-maintain smaller home in a community with activities they enjoy—just like those millennials and boomers, Dorsey says.
Meanwhile, since the boomers see their home as their nest egg, they're not all willing to reduce their asking price and shortchange their retirement accounts, says Dorsey. So more of them end up staying put.

"There certainly was a lot of speculation about what would happen if the boomers tried to sell their houses en masse, and whether that would flood the market with a supply of large homes that the younger population didn’t want—or couldn’t afford—to buy," Porter says. But "the boomers do seem to be moving less and aging in place more."
Thanks for reading "Today's Best Mansions"