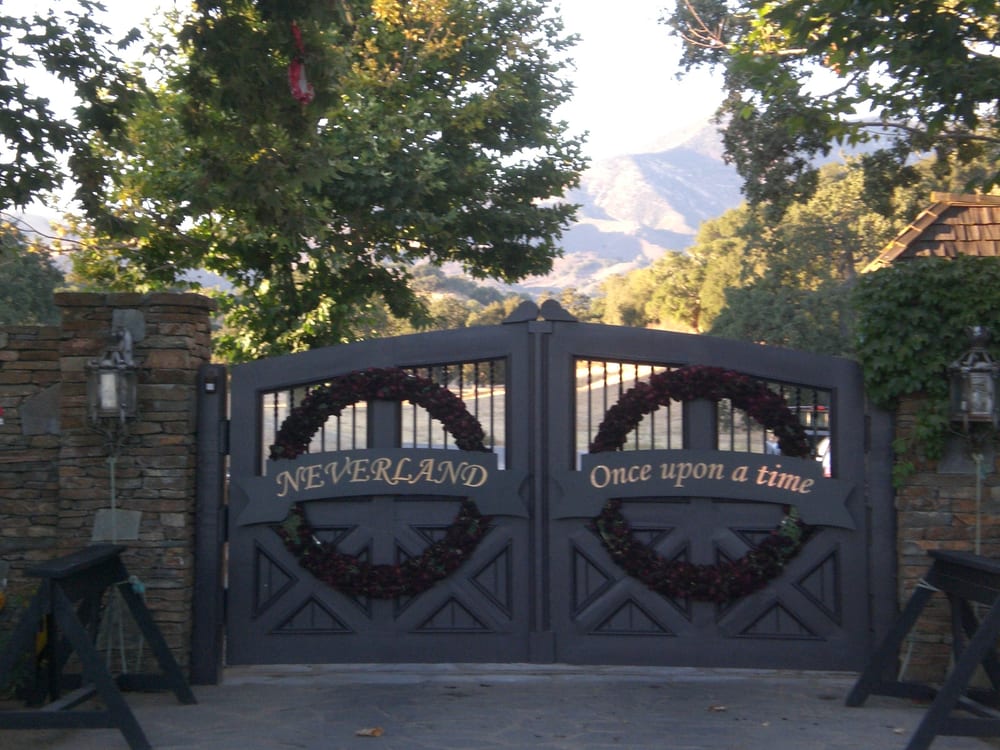 Existing homes declined in April, falling back by 2.3 percent in April when compared to March 2017 levels.  The National Association of Realtors® (NAR) said the month's transactions, which include those for single-family houses, townhouses, condos and cooperative apartments, were at a seasonally adjusted annual rate of 5.57 million. March sales were revised down from 5.71 to 5.70 million.  Despite the decline, April's numbers were still 1.6 percent higher than the previous April and were at the fourth highest rate in the past year.

NAR said sales were held down by a "stubbornly low supply" of homes for sale. This also helped push the median number of days a home was on the market to a new low of 29 days.

Lawrence Yun, NAR chief economist, says every major region except for the Midwest saw lower sales in April. "Last month's dip in closings was somewhat expected given that there was such a strong sales increase in March at 4.2 percent, and new and existing inventory is not keeping up with the fast pace homes are coming off the market," he said. "Demand is easily outstripping supply in most of the country and it's stymieing many prospective buyers from finding a home to purchase."

The median existing-home price for all housing types in April was $244,800, up 6.0 percent from the April 2016 median of $230,900. This marks the 62nd straight month of year-over-year gains although April's was the smallest annual increase since December.  Over the first quarter of the year NAR has reported price gains averaging 7.2 percent.
The median existing single-family home price was $246,100 and the median condo price was $234,600.  These are annual increases of 6.1 percent and 5.6 percent respectively.
The inventory of available existing homes increased by 7.2 percent at the end of April to 1.93 million homes, an estimated 4.2 month supply.  However, the inventory 9.0 percent smaller than it was in April 2016, 2.12 million available homes, extending the run of year-over-year declines to 23 straight months.

"Realtors continue to voice the frustration their clients are experiencing because of the insufficient number of homes for sale," added Yun. "Homes in the lower- and mid-market price range are hard to find in most markets, and when one is listed for sale, interest is immediate and multiple offers are nudging the eventual sales prices higher."

The typical 29 day marketing period in April is five days shorter than in March and 10 days less than in April 2016.  It surpasses May 2016, when the typical period was 32 days, as the shortest since NAR began tracking that data in May 2011. Short sales took a median of 88 days to sell, foreclosures 46 days, and non-distressed homes 28 days. Fifty-two percent of homes sold in April were on the market for less than a month, a new high.

Yun commented that mortgage rates have been stuck in a holding pattern in recent months, which is a relief for spring homebuyers. "With price growth showing little sign of slowing, prospective first-time buyers will be the most sensitive to any sudden uptick in rates in the months ahead," he said.

The share of first-time buyers rose to 34 percent from 32 percent both in March and a year ago, and was the highest portion since last September. Individual investors accounted for 15 percent of sales compared to 13 percent a year earlier, and 57 percent of their purchases were all cash.  Overall cash sales accounted for 21 percent of all transactions in April, down from 23 percent in March.

Three percent of April sales were of foreclosed properties and 2 percent were short sales. Distressed sales over all were lower than the 6 percent share in March and 7 percent a year ago. Foreclosures sold for an average discount of 18 percent below market value while short sales were discounted 12 percent.

NAR President William E. Brown says it's not only prospective homebuyers who are facing housing issues; many middle-income homeowners who benefit from the mortgage interest deduction could be slapped with a tax increase if some of the tax reform proposals currently being discussed go through. A recently study commissioned by NAR estimated taxes would rise on average by $815 each year for homeowners with adjusted gross incomes between $50,000 and $200,000. Furthermore, home values could shrink by an average of more than 10 percent, with areas with higher property taxes or state income taxes experiencing an even steeper decline. 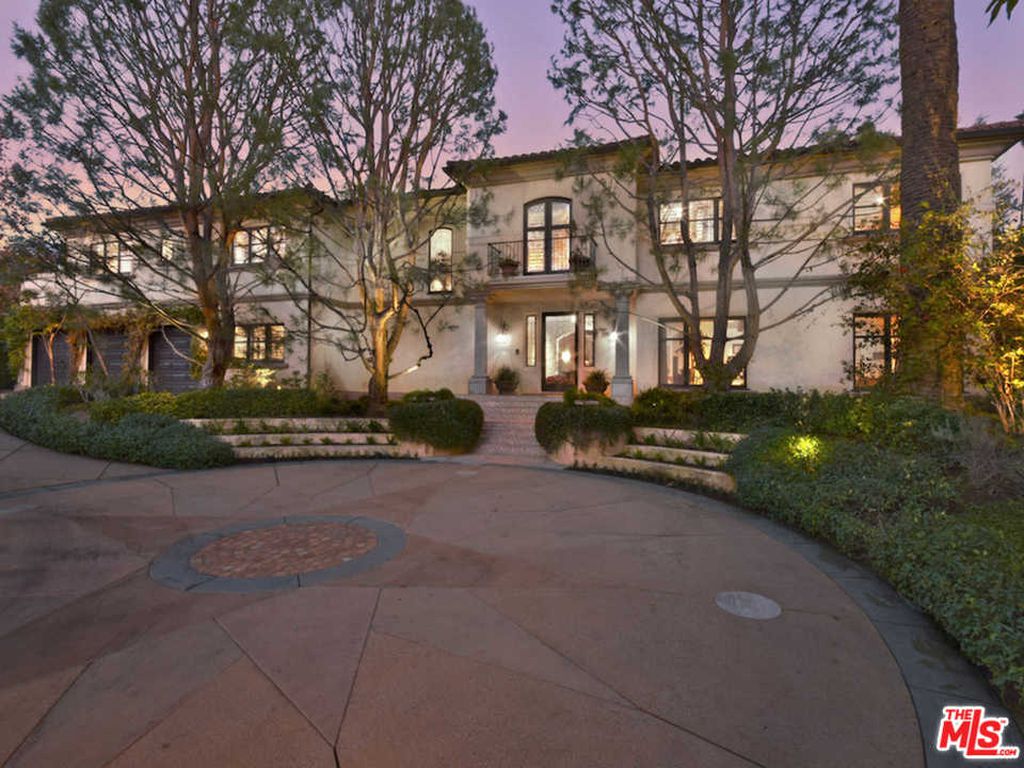 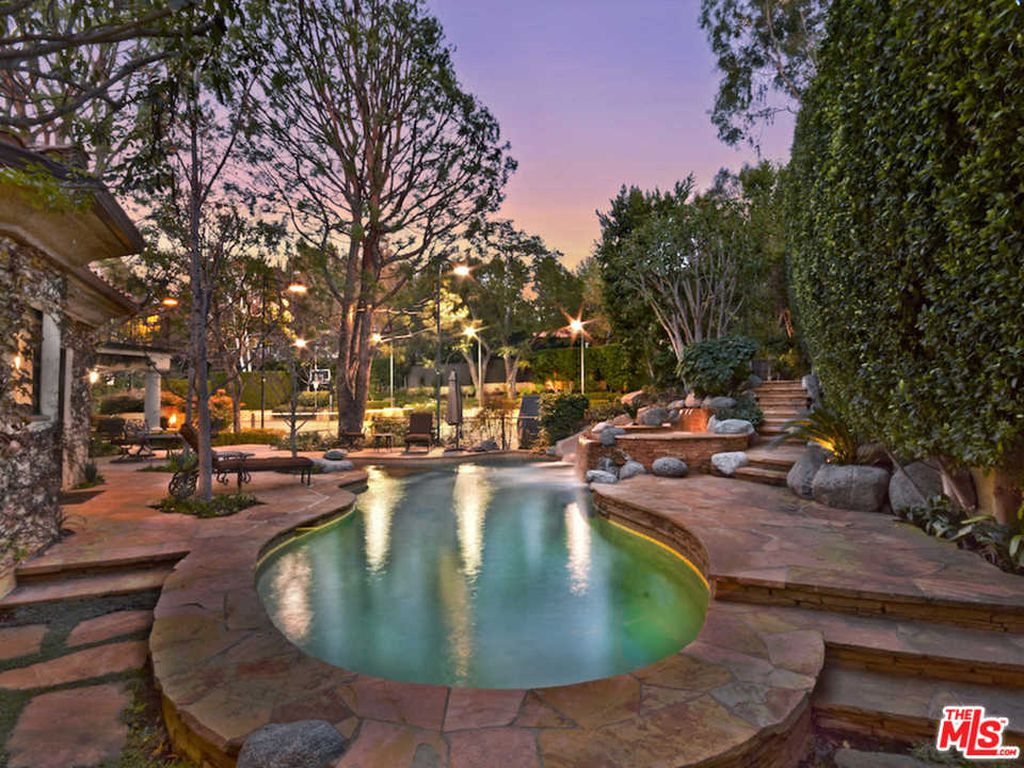 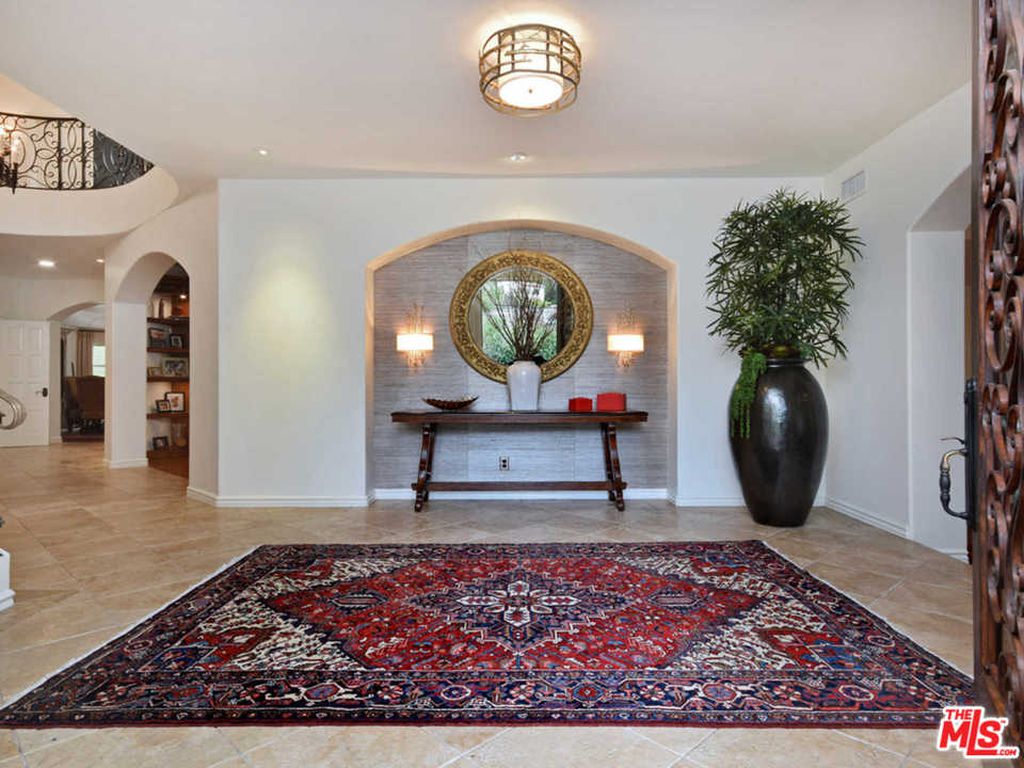 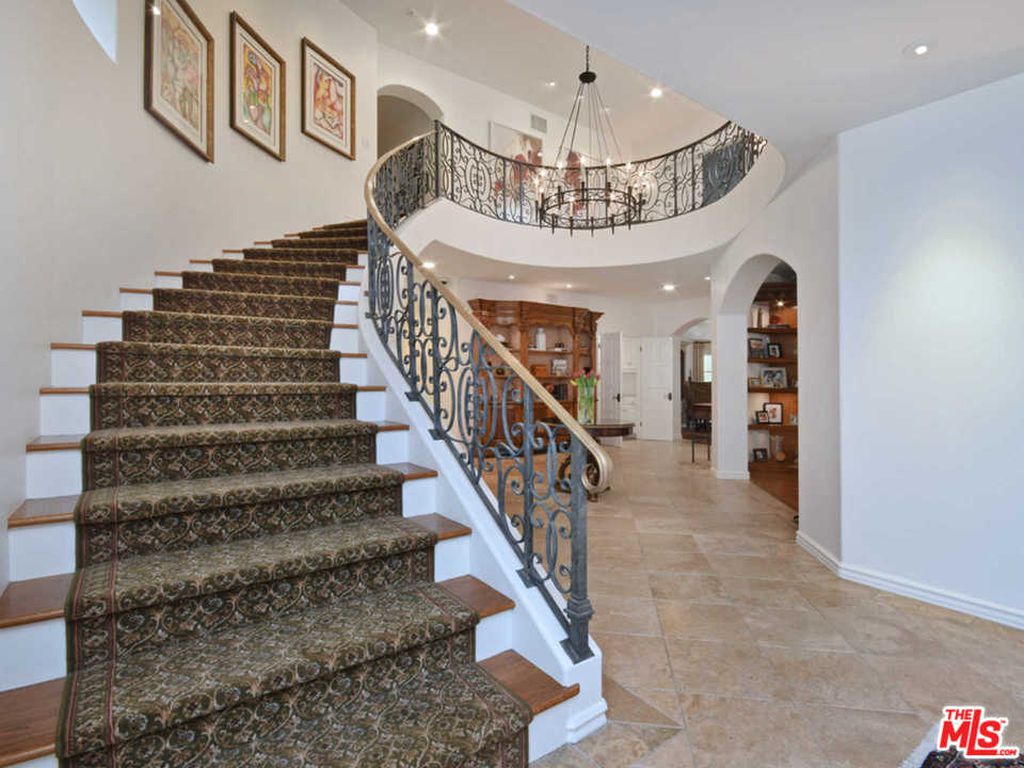 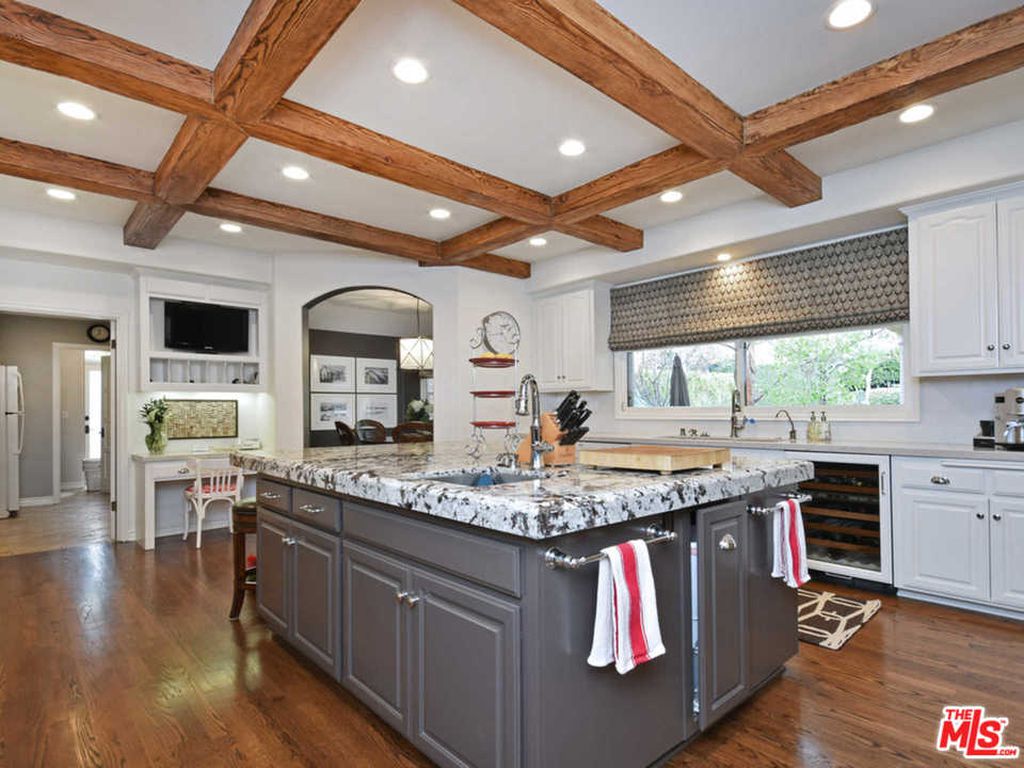 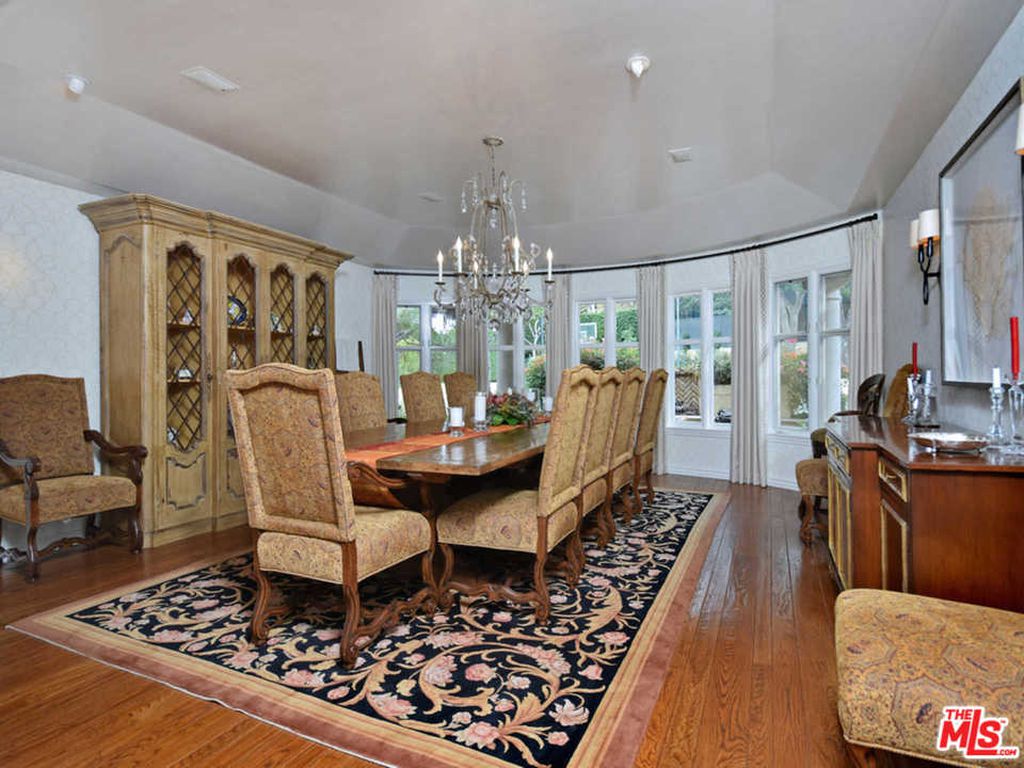 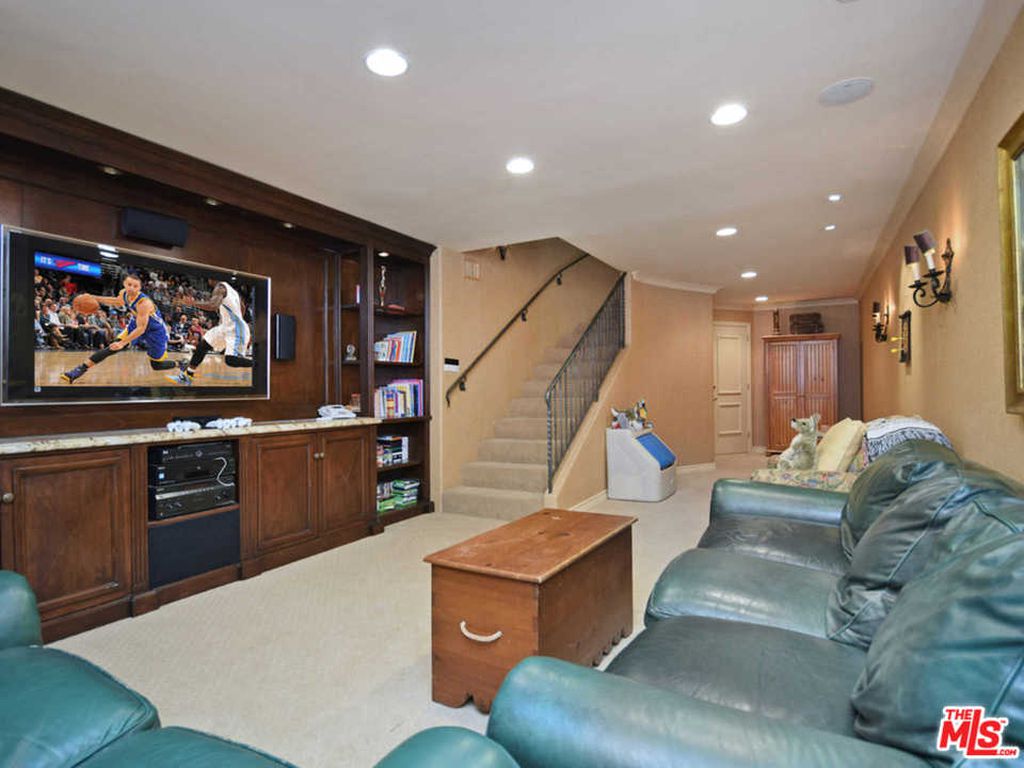 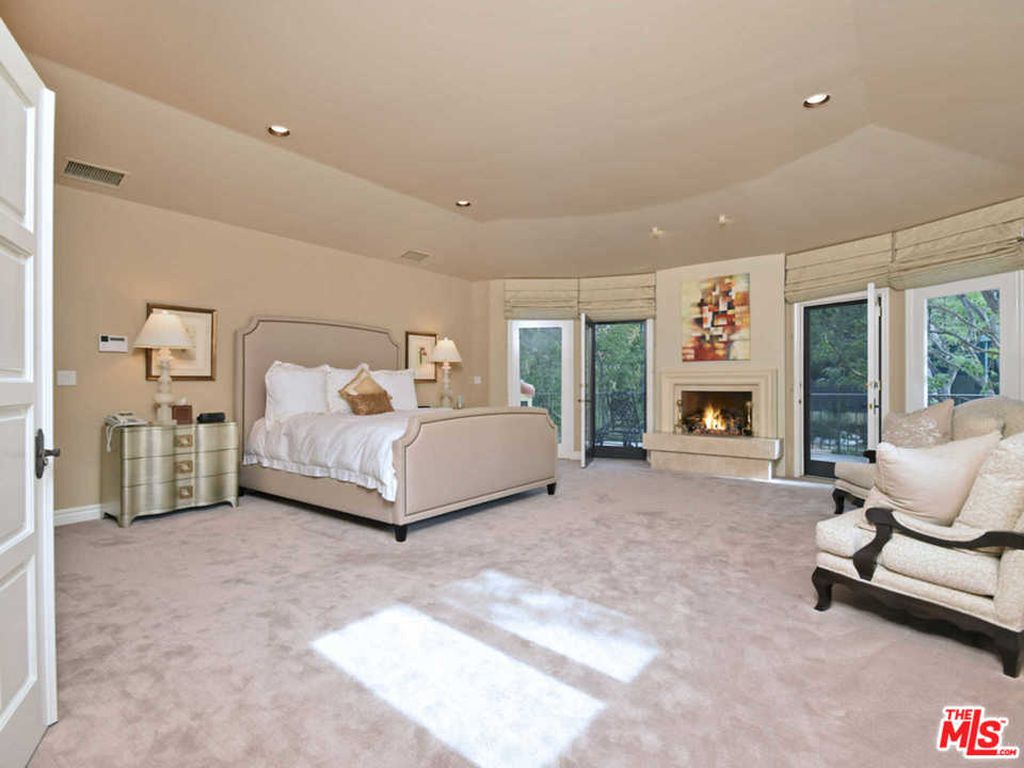 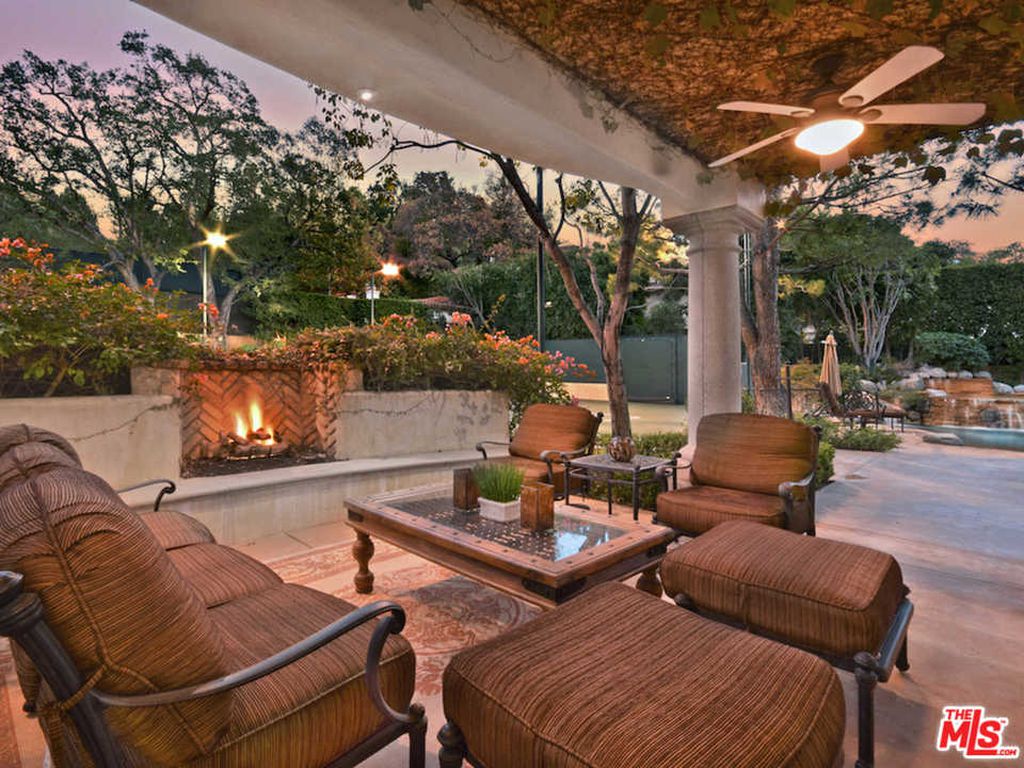 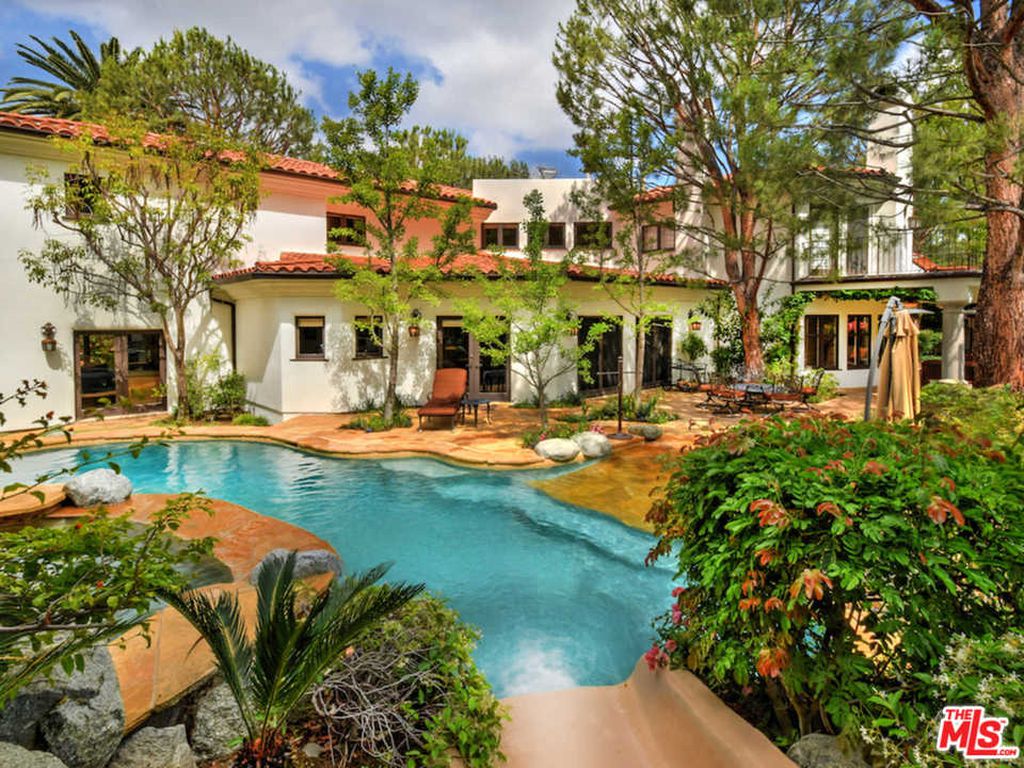 The median home value in Scottsdale is $416,900. Scottsdale home values have gone up 2.5% over the past year. Zillow predicts they will rise 0.2% withiin the next year.

The median home value in Carefree is $746,800. Carfree home values have gone up
4.2% over the past year.  Zillow predicts they will rise 1.4% within the next year.

The median home value in Paradise Valley is $1,594,100.  Paradise home values have gone up 1.6% over the past year. Zillow predicts they will rise 0.5% within the next year.

Perfect chance for buyer to select finishes and elevation to go with our proposed plan OR we can custom design your dream home! Green Street Communities builds homes that speak to the needs of today's modern family, hand crafted with intentional design capturing the functionality and livability today's family desires. The finishes offer the perfect blend of traditional and modern elements. Features may include bar/wine room, game room, barn doors, loads of quartz counter tops, fireplaces, highly upgraded bath enclosures, upgraded appliance package, hardwood floors, and so much more! This oversized lot with mountain views is conveniently located minutes from exquisite shopping and dining of the Biltmore area! 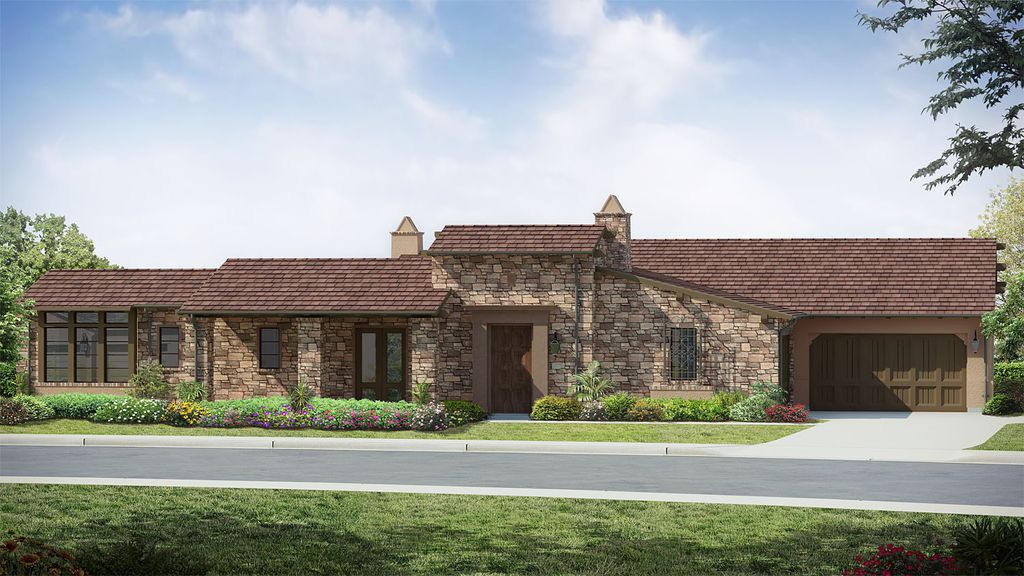 This stunning single-story home offers an exquisite backdrop for fine living. Exceptional among new homes in Ranch Santa Fe, there are options available, which allow you to make Residence Two a perfect fit for your lifestyle. In the great room, sip a glass of wine by the fireplace, whether you're entertaining guests or simply relaxing at the end of the day. This room flows into the open kitchen, a gourmet affaire with sleek appliances, rich cabinetry and stretches of counter space. A large island features a dual sink and ample room for seating or serving. Behind the kitchen lies a walk-in pantry, which gives you all the room you desire for cookware and staples. You can even opt to include a wine room if you like. For memorable al fresco meals, dine in the picturesque courtyard. The master suite comes with an immense and gratefully appointed master bath with two vanities, a deep garden tub you'll never want to leave and a separate walk-in shower with spa seating. You'll also appreciate the large walk-in closet and an enclosed commode. This floor plan also offers two 2-car garages and three additional bedrooms; a junior master suite and two bedrooms that can easily be transformed into a den or office area. Plus don't forget to ask about our wonderful options and upgrades to personalize this home. Your Taylor Morrison sales associate can help you explore these possibilities. 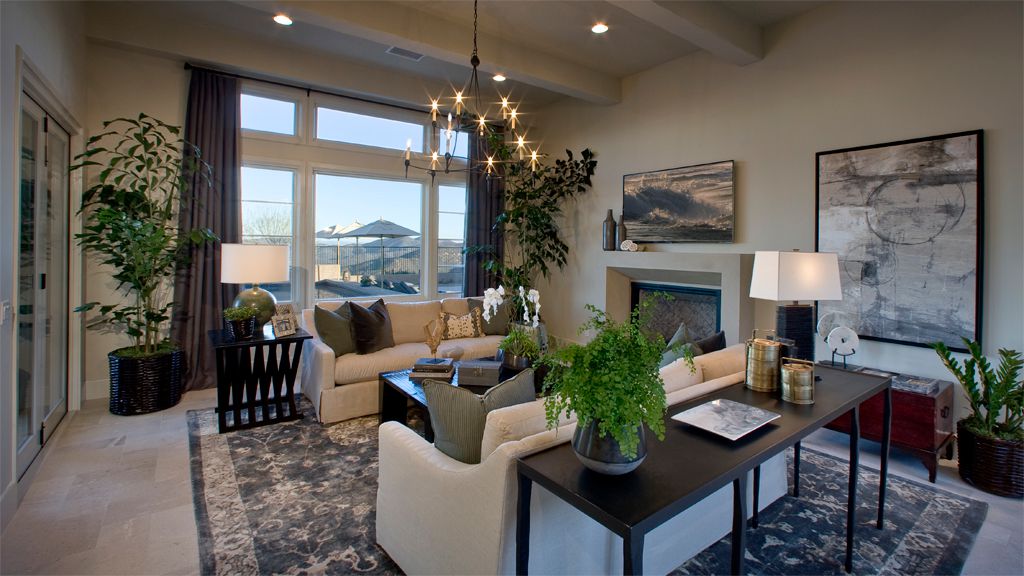 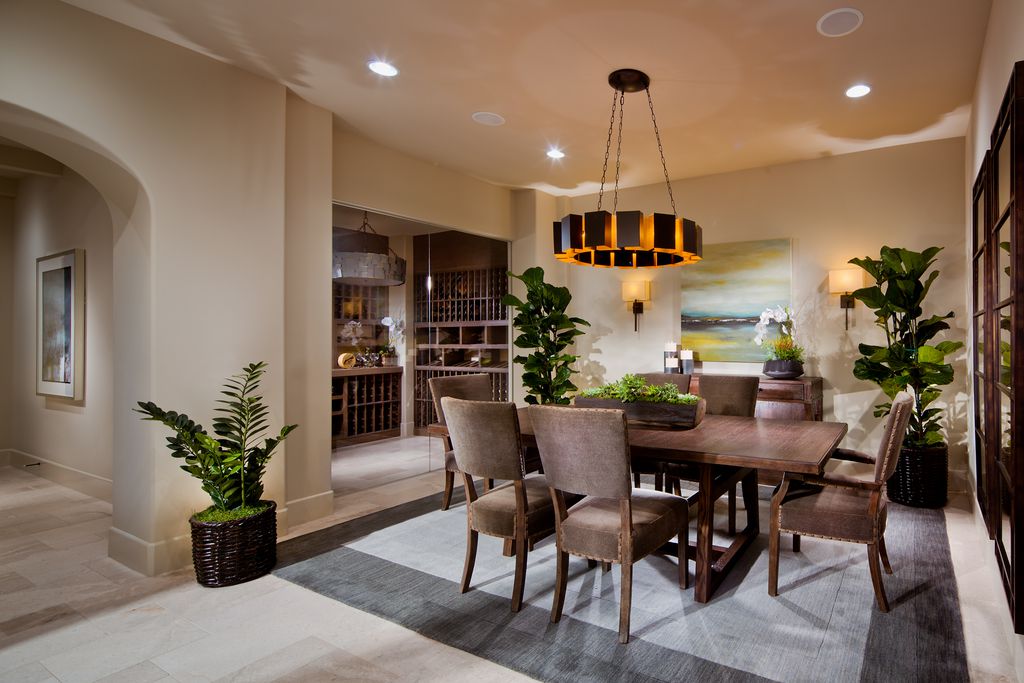 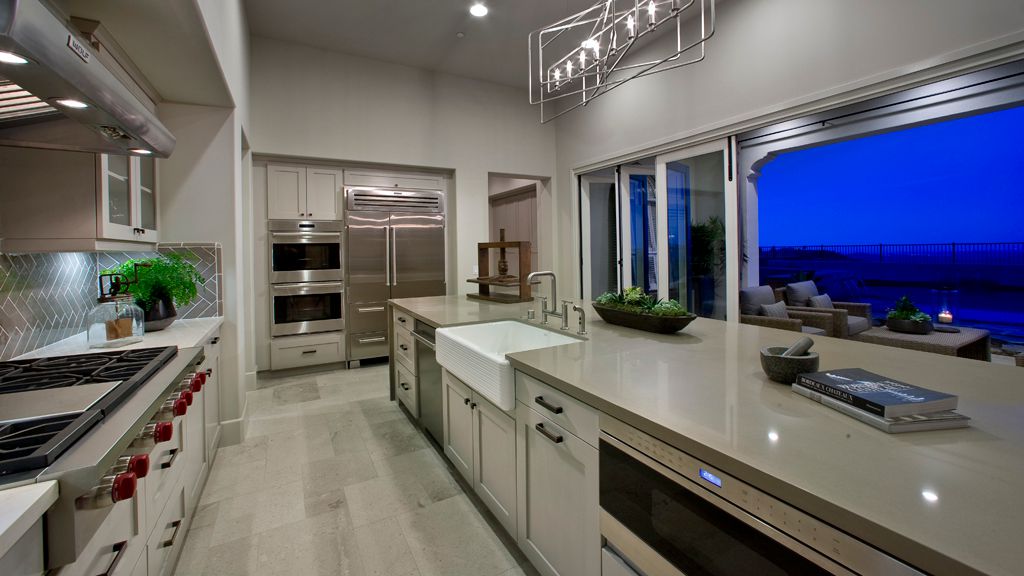 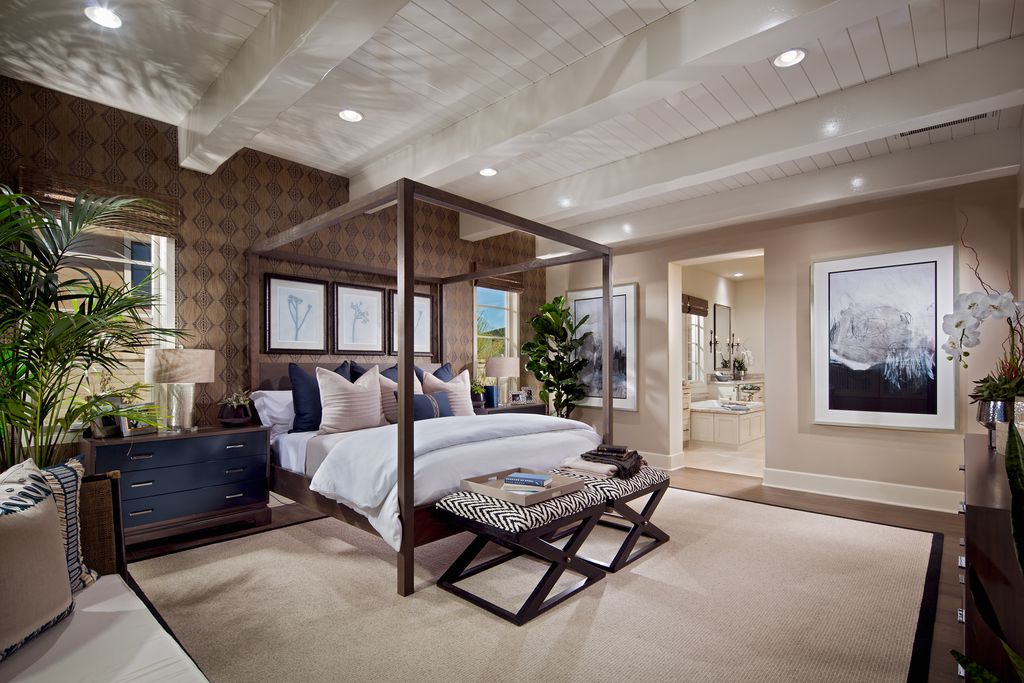 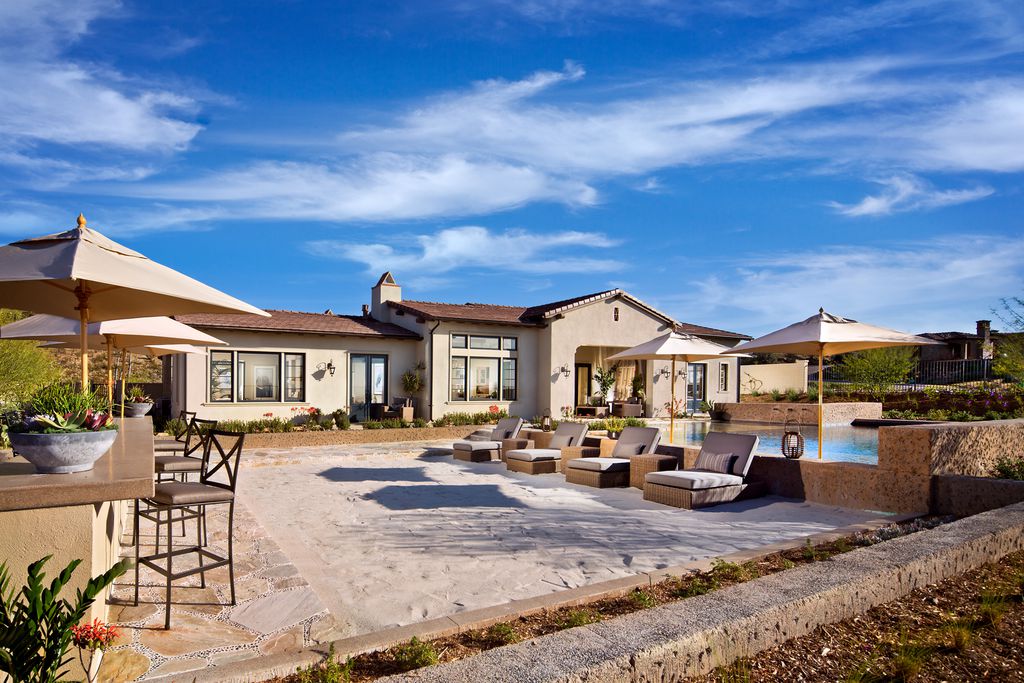 The median home value in San Francisco is $1,167,700. San Francisco home values have gone up 1.5% over the past year.  Zillow predicts they will decrease by 0.1% within the next year.

The median home value in Sausalito is $1,272,400. Sausalito home values have gone up 3.6% over the past year. Zillow predicts they will rise 0.7% within the next year.

The median home value in Atherton is $6,147,100. Atherton home values have gone up 3.0% over the past year and Zillow predicts they will rise 0.7% within the next year. 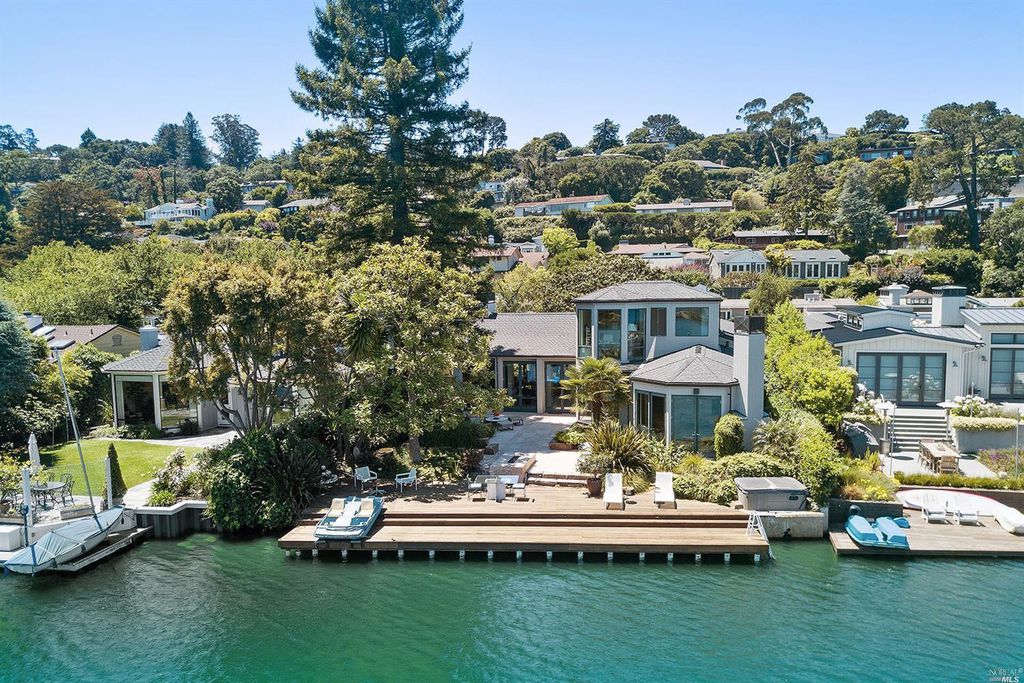 The sumptuous contemporary design of this approximate 3900 sf home embraces an alfresco lifestyle with the living spaces merging seamlessly with the gloriously landscaped gardens, patios, & shimmering Lagoon. Meticulous attention to detail is reflected in the fine craftsmanship of this 4/3 residence. A spacious, airy, and open design echoes the panoramic setting and lends itself to casual living

The median home value in King County is $540,400. King County home values have gone up 13.1% over the past year.  Zillow predicts they will rise 5.3% within the next year.

The median home value in Seattle is $638,100. Seattle home values have gone up 12.2% over the past year. Zillow predicts they will rise 5.1% within the next year.

The median home value in Bellevue is $783,000. Bellevue home values have gone up 13.9% over the past year. Zillow predicts they will rise 5.2% within the next year.

Love living perched above the street with sparkling views of the Lake, the Cascades from Mt Rainier to Mt Baker and Kirkland's waterfront in between. Designed with an easy lifestyle in mind the main floor great room, with soaring ceilings, opens easily to the view terrace through five sets of french doors from the living and dining room areas as well as the main floor master suite. Another suite upstairs plus two more bedrooms and a sunny family room with views east. You will love this home.

Looking for more information?  Have a comment?  Need a Realtor referral?  Please call, text or email me at 619-944-8749 or furtree@msn.com.  Most importantly, have a great day