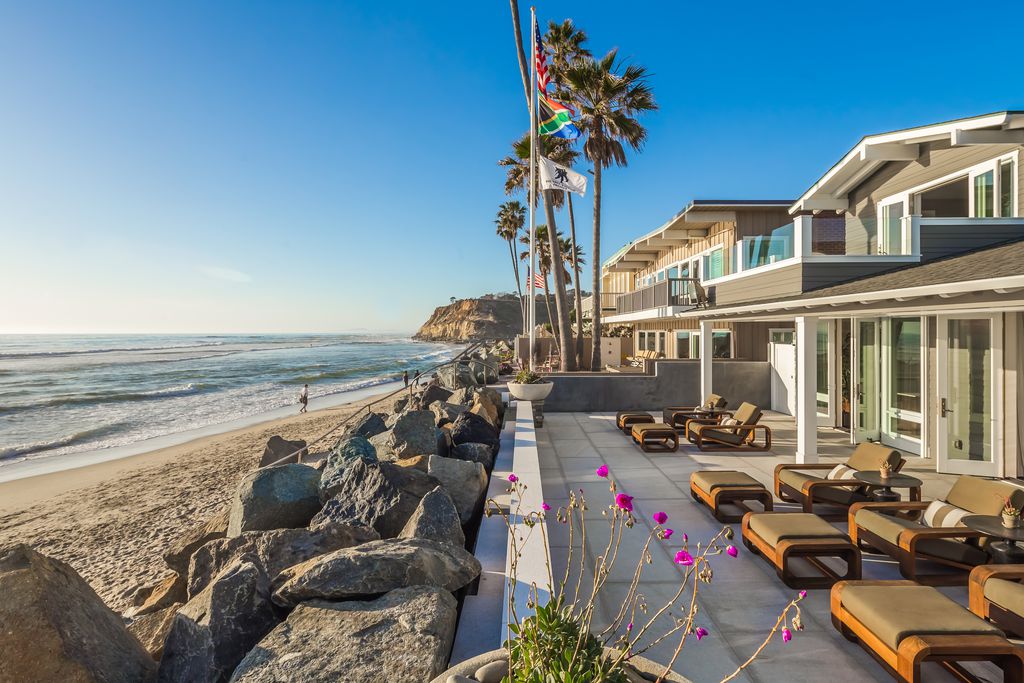 Build upon the dreams of visionaries in this beautifully appointed home that's the embodiment of everything Palos Verdes was designed for: superior quality and unobstructed ocean views. This luxurious Mediterranean style home designed by Louie Tomaro features an open, light, and comfortable living environment with magnificent views from almost every room. Make a dramatic entrance through custom double glass doors with exquisite ironwork that flows down the impressive double heart shaped staircase. Above, a giant dome anchors the top floor with breathtaking volume. With 6 bedrooms and 10 baths with over 7,800 feet of living space there's room for family and friends alike. Accented with 9 fireplaces, formal and recreational rooms, this luxurious home exudes warmth and comfort. Don't miss the 500-gallon fish tank leading to the abundant wine cellar. The accents are highlighted by Venetian plaster, precast molding around the windows, authentic custom eaves, copper gutters, a 4 car garage, and smooth exterior stucco. Each room was designed to maximize volume with high ceilings. Many of the bathrooms are floor to ceiling tile, and two unique half baths near the entrance captivate with their originality. But wait until you see the backyard with its masterful infinity pool with steps leading from the home into diamond-tiled bliss. The view beyond gives you your own amphitheater to witness the Pacific Ocean's daily moods stretching from Catalina Island to the Los Angeles basin

This refreshingly inviting mediterranean with contemporary touches is perfectly sited on a pristine half-acre of land, this beautiful residence offers so much. Firstly, there is an abundance of gorgeous & useable space, both inside & outside. Custom gates lead to a private courtyard entry & to a grand foyer that welcomes. There are 6 oversized bedrooms, which include a fabulous master suite with a sitting area, two walk-in closets and a luxurious bathroom with dual showers and more. 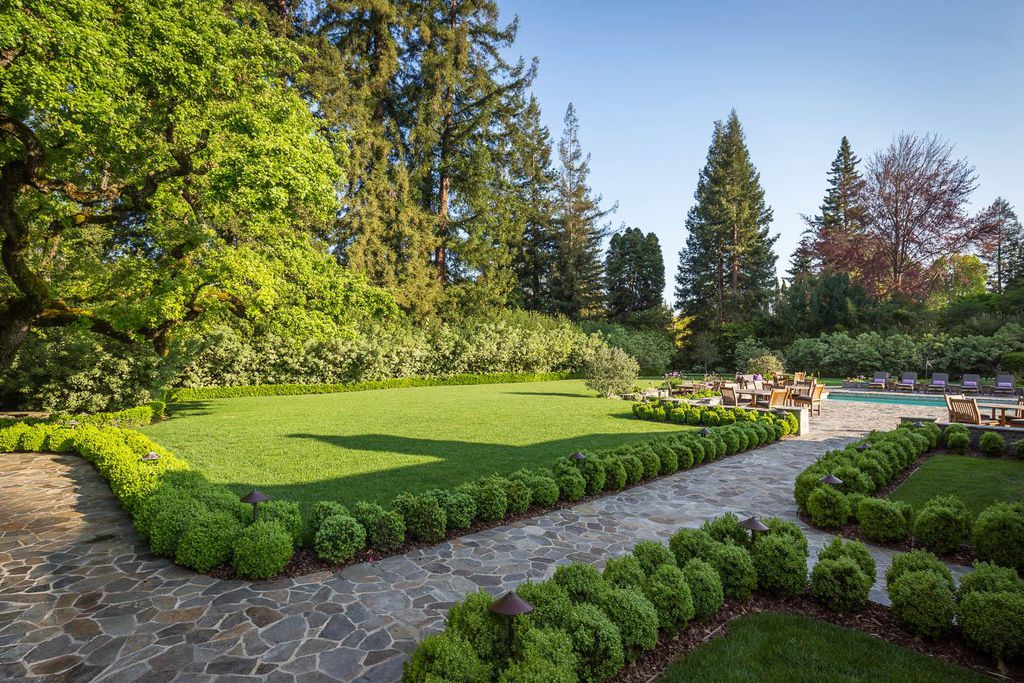 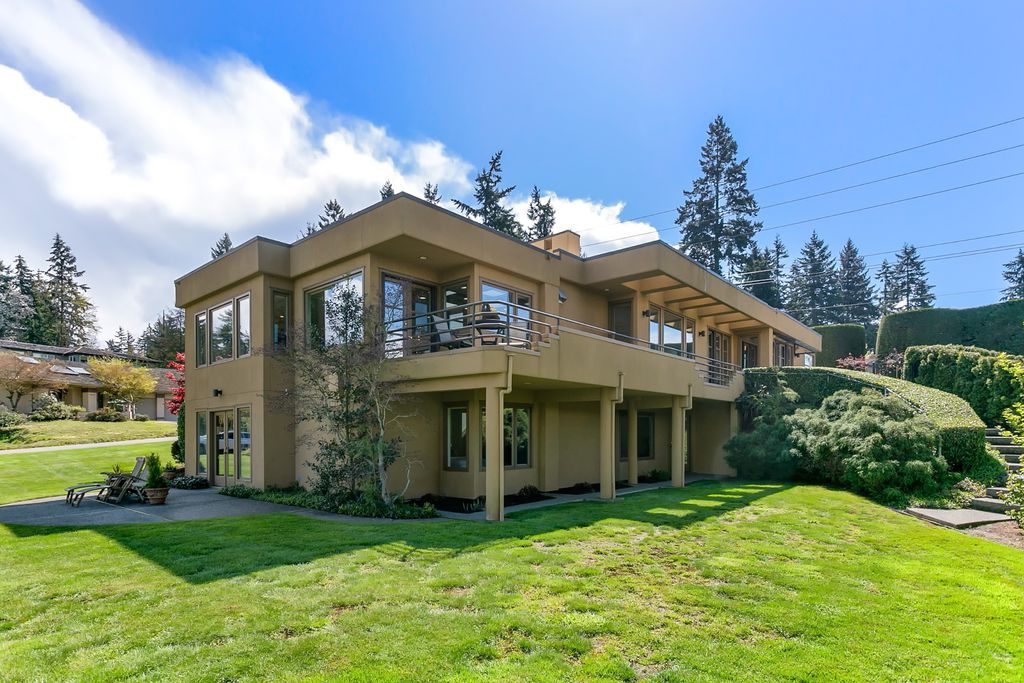 This completely updated home perched on top of Clyde Hill with views for days. The main floor has a gourmet kitchen with high end touches throughout while open to the nook and family room. Also on the main is the master suite, formal dining and living rooms, along with a den. Downstairs you'll find a bonus room, wine cellar and 3 more beds. All of this plus located on a quiet cul-de-sac, 3-car garage, entertaining sized deck and million dollar views. 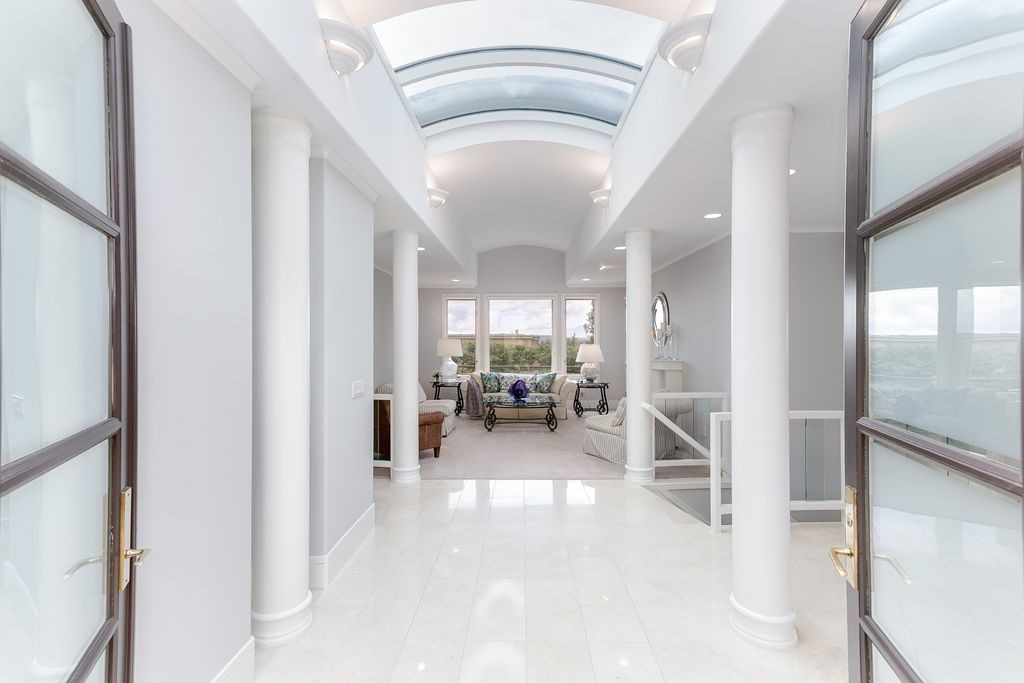 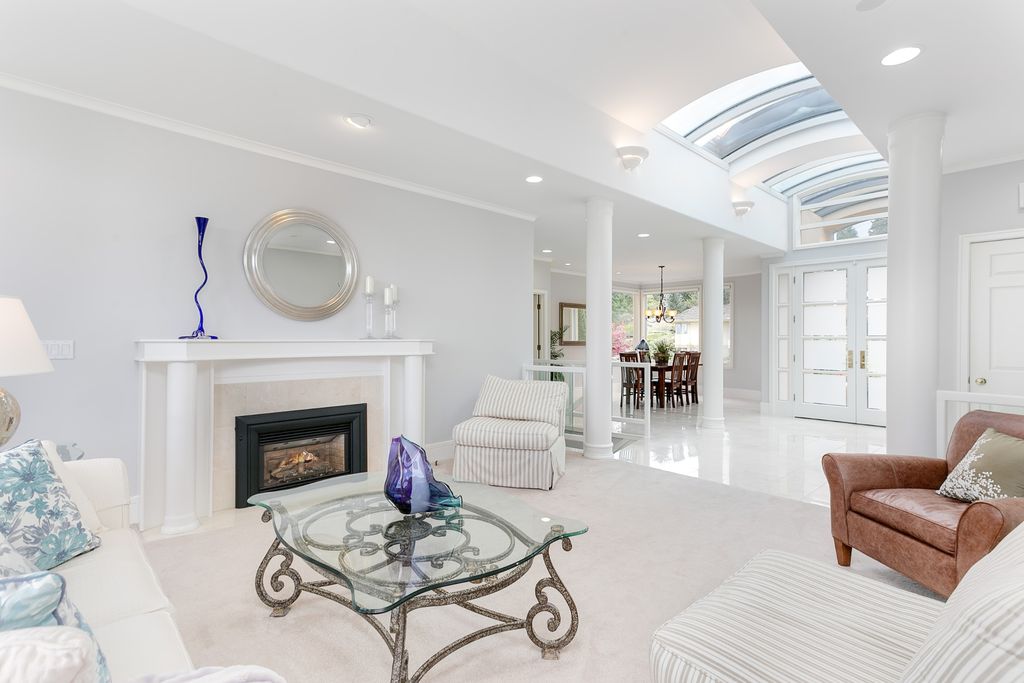 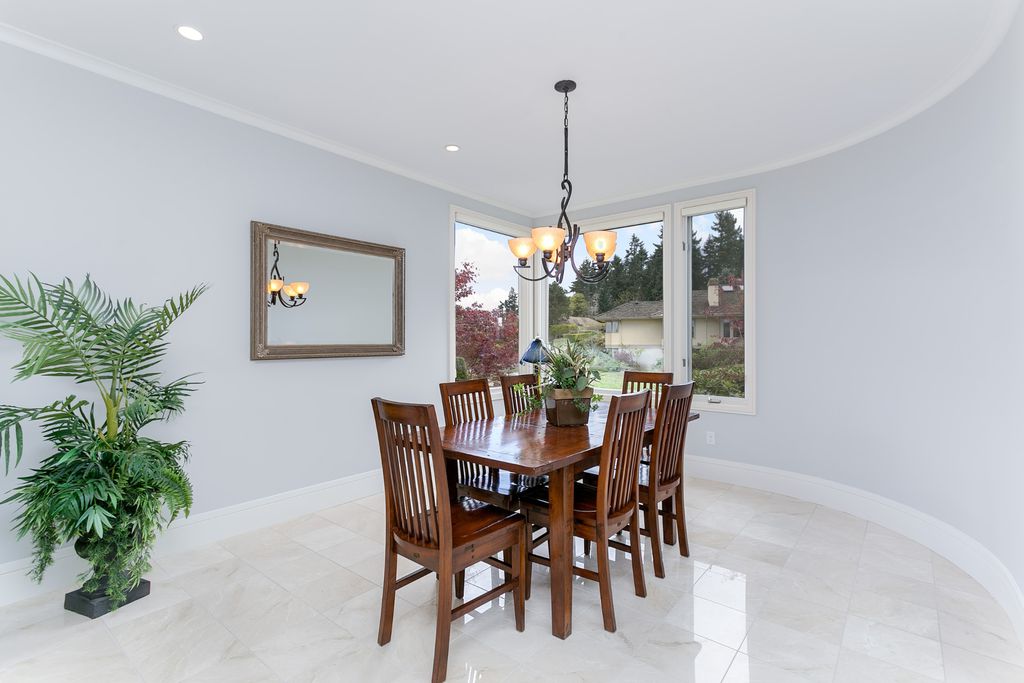 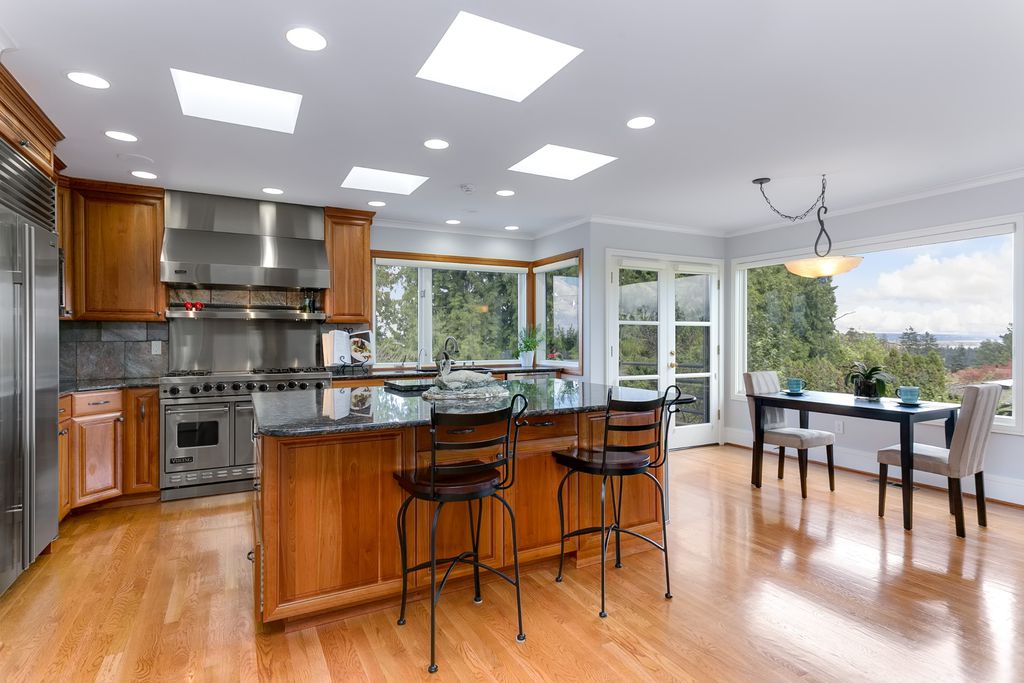 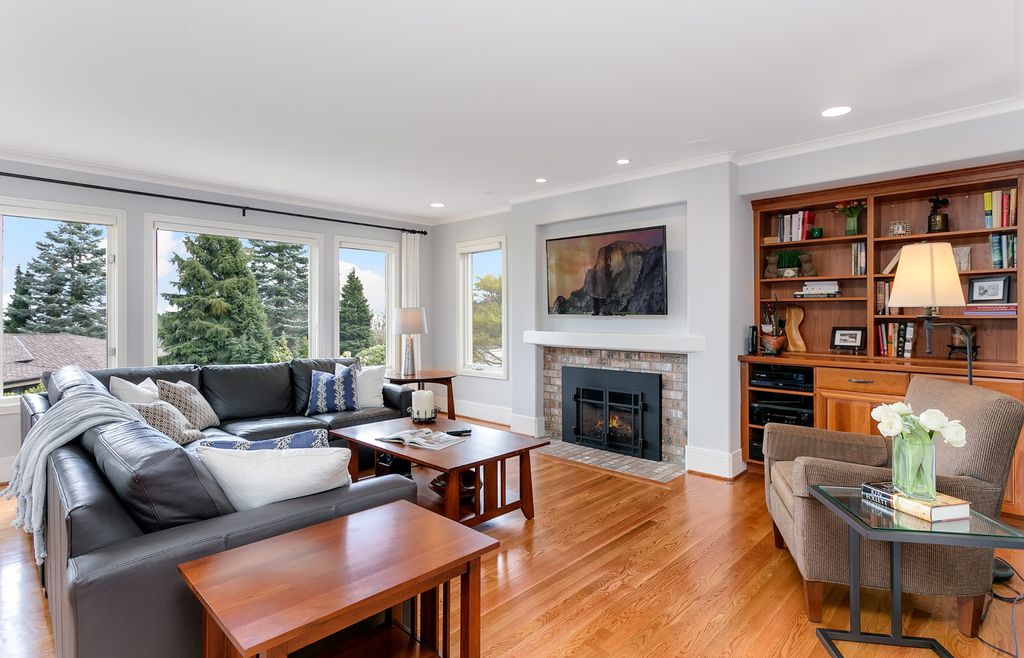 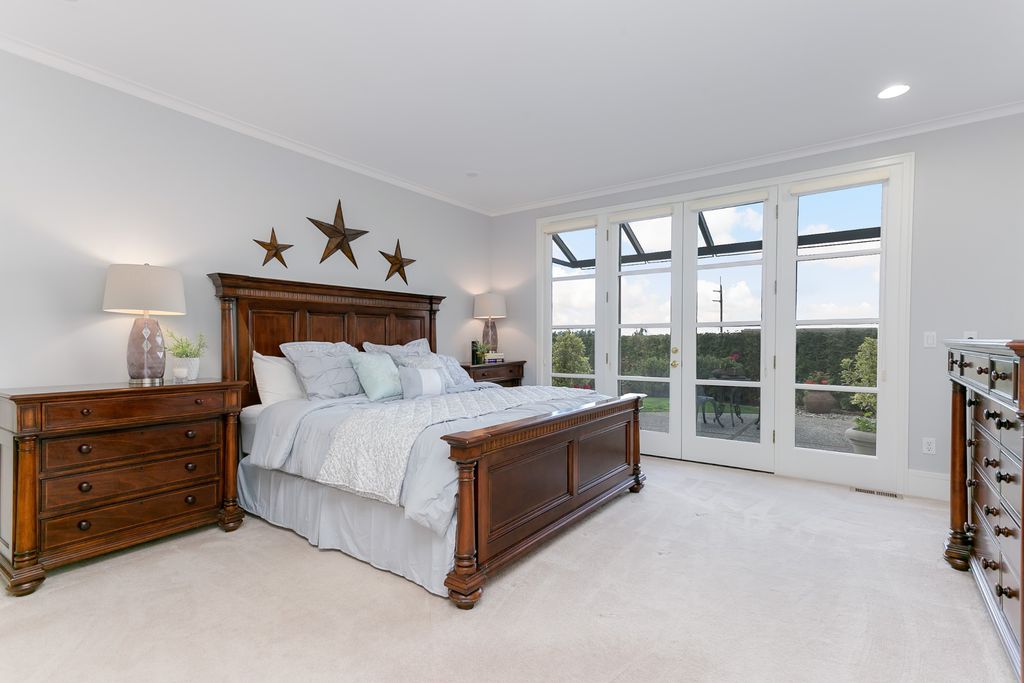 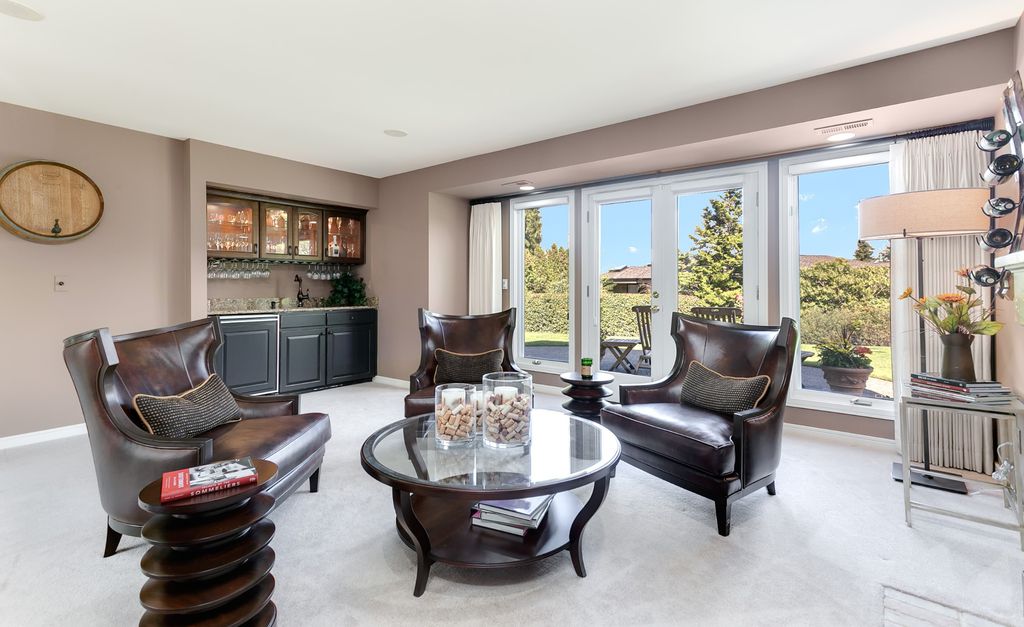 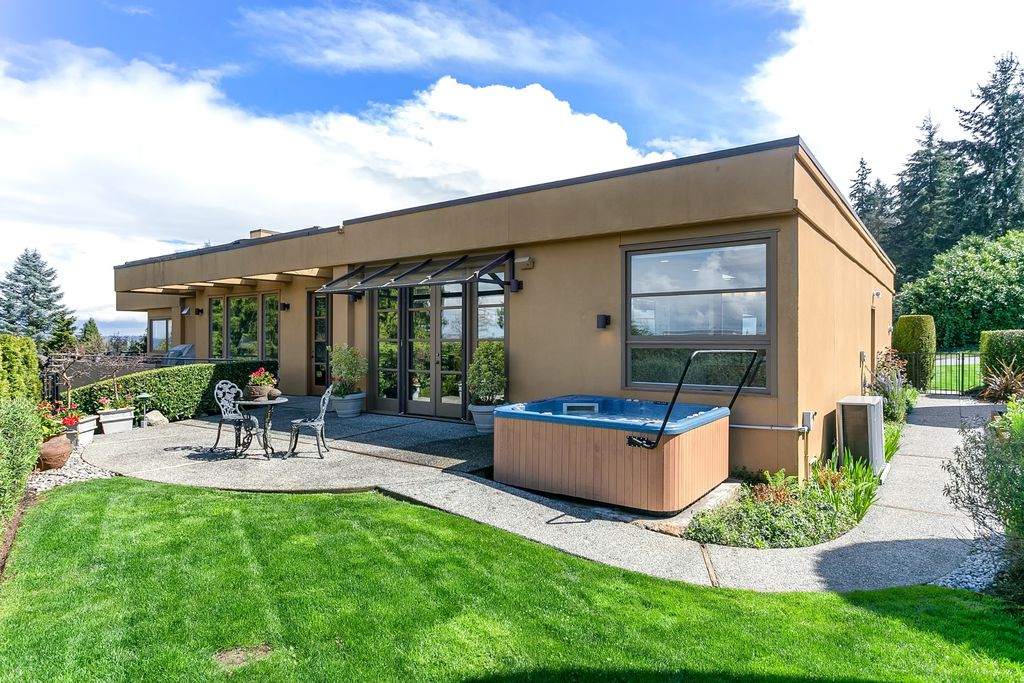 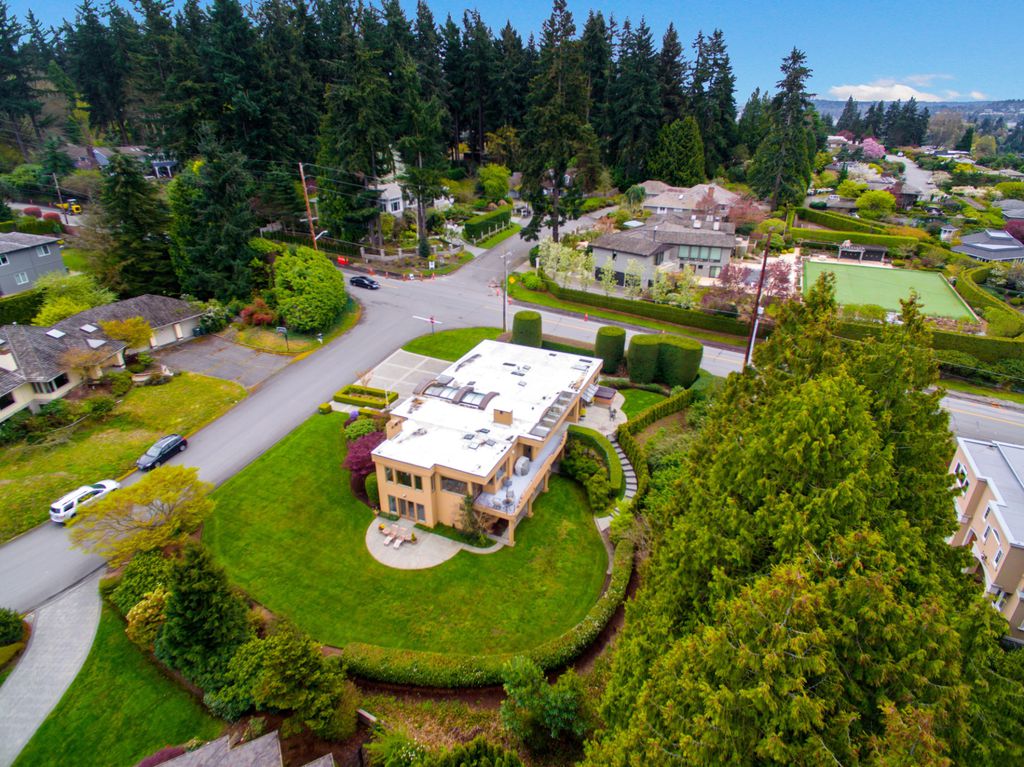 Spring homebuyers are pounding the pavement at a furious pace, but the pickings are getting ever slimmer.

Even as more homes come on the market for this traditionally popular sales season, they're flying off fast, with bidding wars par for the course. Home prices have now surpassed their last peak, and at the entry level, where demand is highest, sellers are firmly in the driver's seat.

"I've been selling real estate for 25 years and this is the strongest seller's market I have ever seen in my entire real estate career," said David Fogg, a real estate agent with Keller Williams in Burbank, California. "A lot of our sellers are optimistically pricing their homes in today's market, and I have to say in most cases we're getting the home sold anyway."

Fogg listed a three-bedroom, , 1,240-square-foot home in Burbank for $789,000 and had three offers before the first open house Sunday. In the Los Angeles-area market, that is considered an entry-level home. The open house drew more than 100 potential buyers, most of them already weary of the competition.

"It's very tough. Most of the listings are intentionally listed a little low to get a lot of attention, and it's not uncommon to get 12 to 16 offers on one property," said Jilbert Mosessian, who has been renting in the neighborhood but wants to buy. "In three properties recently, we did our best, we went considerably over the listing price, and we were told that there were still five people above us and they were only going to deal with them."

Mosessian said he will have to try another neighborhood and cut his expectations.

The Zwicker family also toured the Burbank home, with their three children in tow. They have been living in a two-bedroom,  home for five years, not a situation they want to continue.

"Ideally we'd love to get into a four-bedroom, , but the idea of that in Burbank is slim to none," said Leslie Zwicker. They are now considering putting an addition on their current home.

More homes came on the market in March, but fierce demand made quick work of them. At the end of the month, the supply of homes for sale nationally was down 6.6 percent compared with a year ago, according to the National Association of Realtors. Unsold inventory is a slim 3.8-month supply. A balanced market between buyers and sellers has a five-to-six-month supply.

Properties sold in March were on the market for an average 34 days, down from 45 in February and 47 in March 2016.

In order to compete, buyers are coming in with cash and dropping contingencies. That is
in such a hot market, homes are appraising well below the sale price. That makes it even harder for first-time, mortgage-dependent buyers to succeed.

"I'm talking to the buyers in advance about these  so that we address the appraisal issues before we go to escrow and nobody is surprised in three weeks when we get an appraisal that's on the lower side," said Fogg.

As a result, home prices continue to hit new peaks each month. Prices nationally are up 5.7 percent in February year over year, according to Black Knight Financial Services. Washington,  and Colorado are seeing the biggest price gains, as buyers flee high prices in California.

Real estate brokerage Redfin used its search engine to look specifically at which markets had the most people searching for homes outside their city. San Francisco, Los  and New York took the top three spots.

"Fast-growing coastal cities may be generating the high-paying jobs, but they haven't created enough budget-friendly housing to keep pace," said Nela Richardson, Redfin's chief economist. "The price of real estate and desire for homeownership is compelling many to uproot and seek  in more affordable communities."

Mortgage rates moved moderately higher today, and most of the blame goes to the presidential election in France.  If you're wondering what European politics have to do with mortgage rates in the US, you're not alone.  While it certainly isn't the first thing that comes to mind when thinking about what's motivating rates, its impact was unmistakable today.
To understand the connection, first consider that the EU economy is slightly bigger than that of the US.  Then consider France is the third biggest economy in the EU.  Germany is the biggest and the UK is the second biggest.  On that note, don't forget that the UK is currently in the process of exiting the European Union.  Now to bring it all home, simply consider that one of the candidates in the French election (Marine Le Pen) wants France to exit the EU as well.

Investors perceive the departure of large economies from the EU to be risky for growth.  They're then more predisposed to sell stocks and buy bonds.  When investors buy bonds, rates move lower.  In the case of the French election, when Le Pen didn't win, investors could afford to sell some of the bonds they bought as insurance for a potential Le Pen victory.  When investors sell bonds, rates move higher.  That's about as basic a conversation as we can have regarding the French connection to rates.  (For what it's worth, Le Pen is still in the running, but is widely expected to lose the runoff election in early May.

The fact that she didn't win outright yesterday is what prompted investors to move out of bonds and into stocks this morning).

In the bigger picture, rates didn't move too terribly much.  Most lenders are back at levels seen roughly 2 weeks ago.  For many, that means they're still quoting 4.0% on top tier conventional 30yr fixed scenarios, but with higher upfront costs.  For others, it's meant a move back up to 4.125%.

Traders put some risk back on the table (buying stocks, selling bonds) today as France's election results lowered odds for a French EU departure.  While the losses are hardly huge, they do mark our 5th consecutive down day, which is worrisome.  Floating borrowers need to be realistic, today may be the best pricing we see until the next global/fiscal/economic drama.  I'm advising my unlocked borrowers to take their chips off the table and cash out while they're ahead. -Ted Rood, Senior Originator

Today's Best-Execution Rates
Ongoing Lock/Float Considerations
Thanks for reading today's Blog.  Looking for more information?  Have a comment?  Please call, text or email me at 619-944-8749 or furtree@msn.com. Most importantly, have a great day