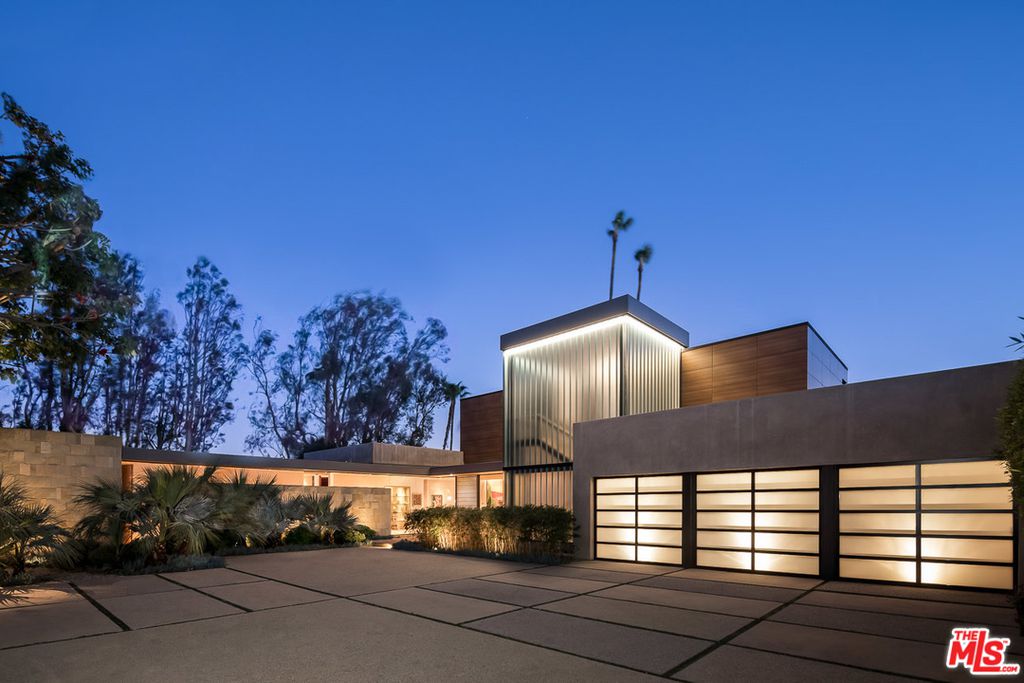 Contemporary architectural masterpiece in Bel Air. The façade's horizontal lines are accented by a striking, translucent glass vertical wall - inspiration for the home's "Lantern House" name by architect Michael Kovac. Contemporary features such as seamless glass walls and a central reflecting pool maximize indoor/outdoor living, while the dining room and other living spaces feel warm and inviting with natural materials like wood and leather. Chef's kitchen features Ceasarstone counters and back-splash; Miele ovens; Sub-Zero refrigerators; Poliform cabinets; plus informal dining with full access to outside. The home's dramatic hillside perch allows stunning panoramic views. - all from the living room, outside bar, pool and BBQ, to the master suite which encompasses the entire second floor. Two other bedrooms each with bathroom and walk-in closets grace the downstairs. There is a family room, wine cellar and additional guest with separate entrance on the lower level. 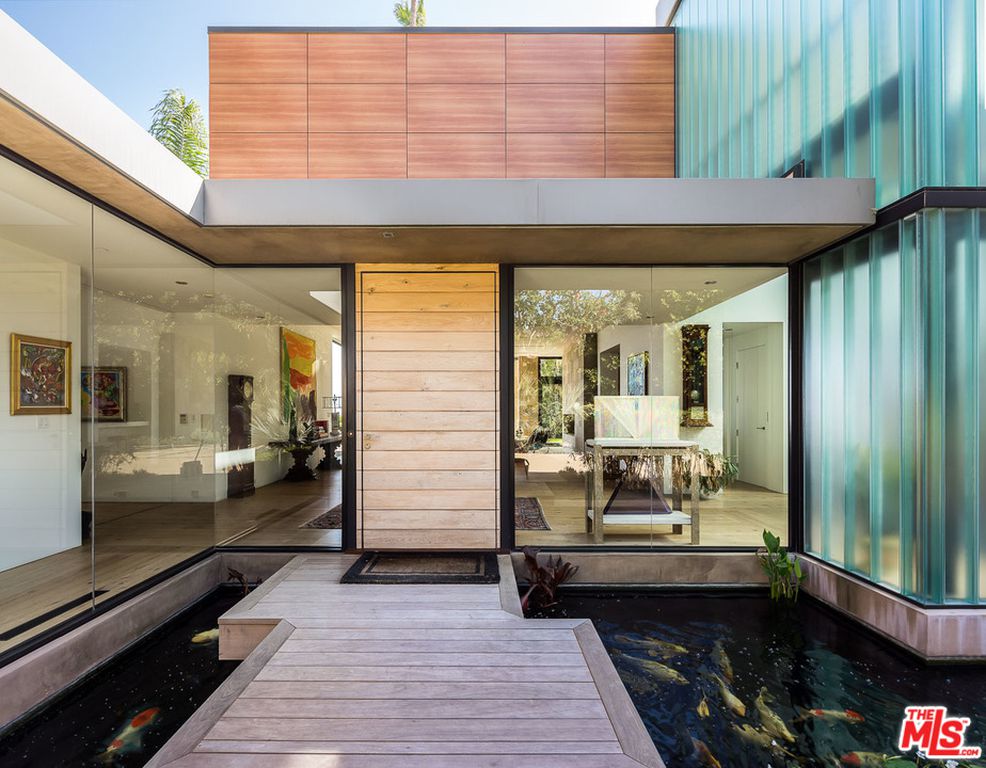 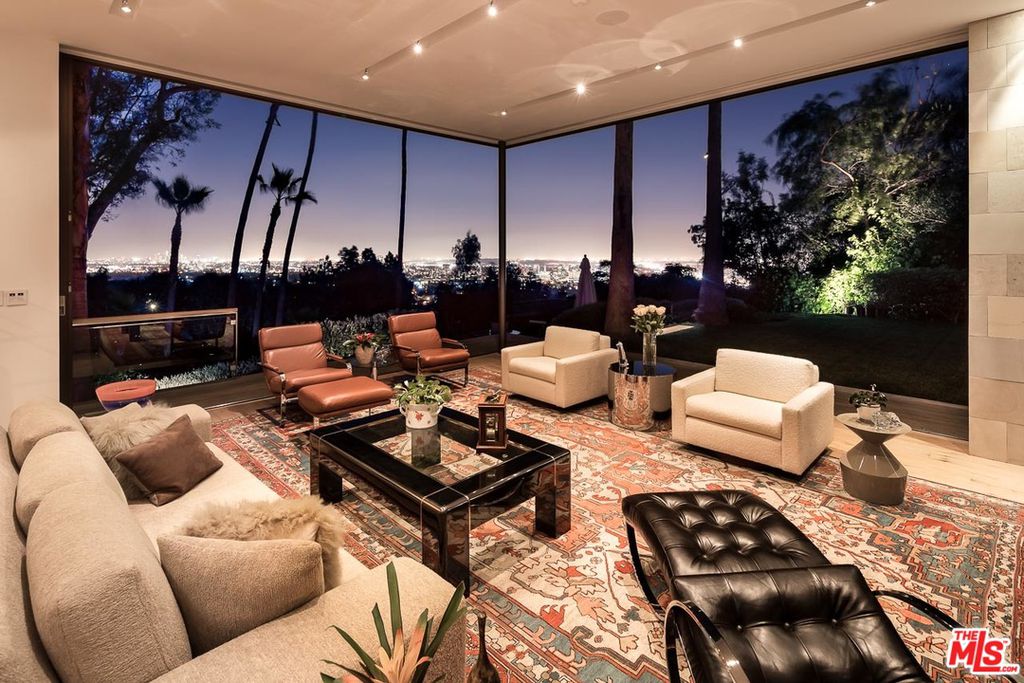 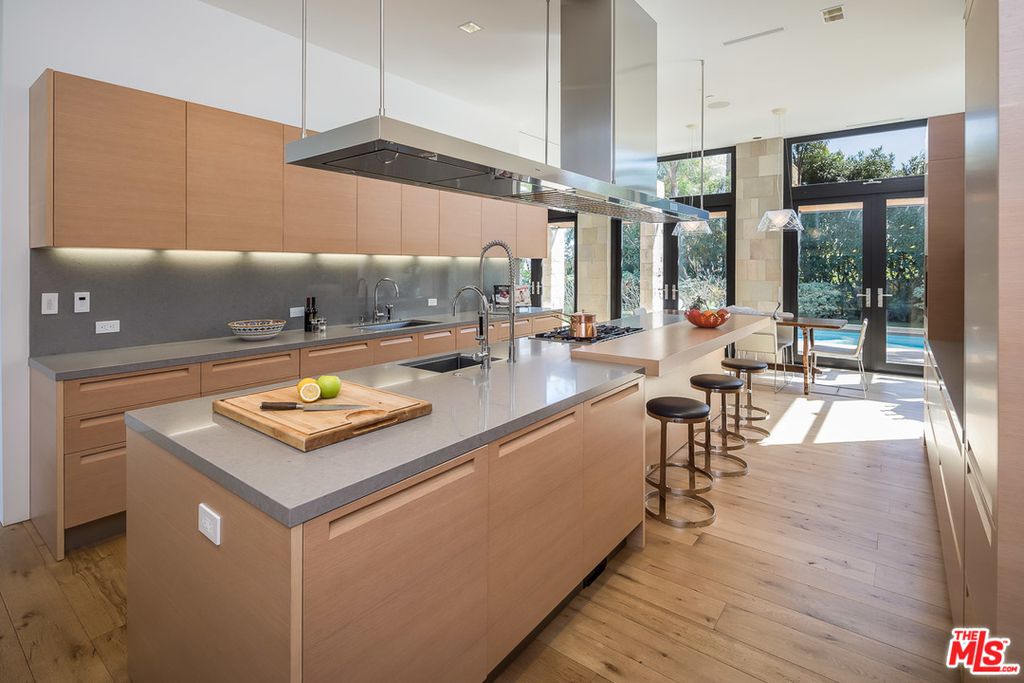 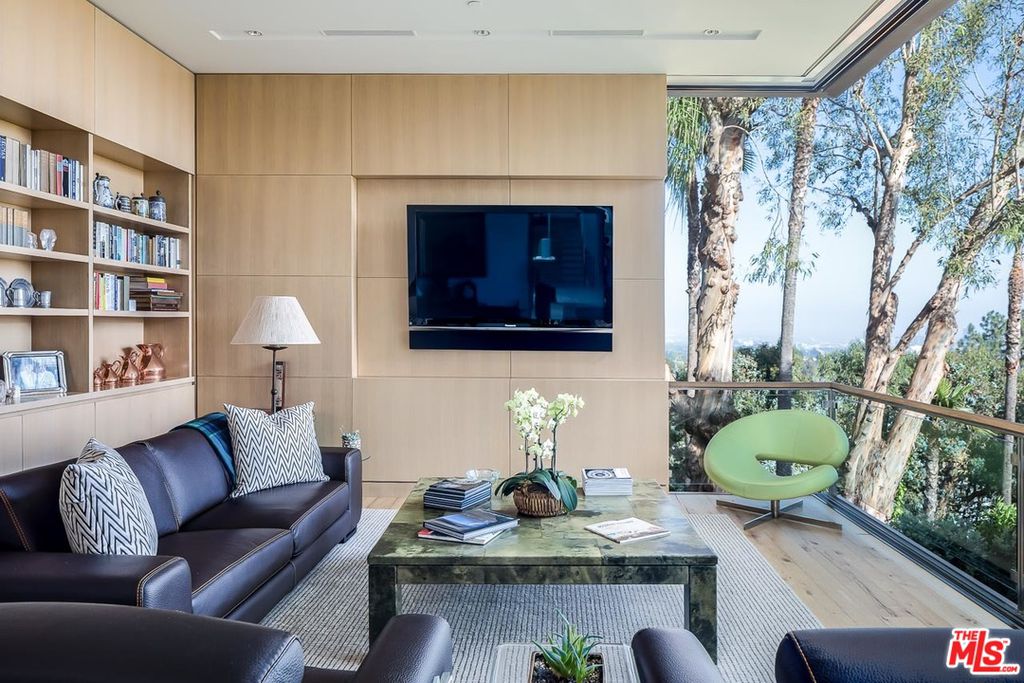 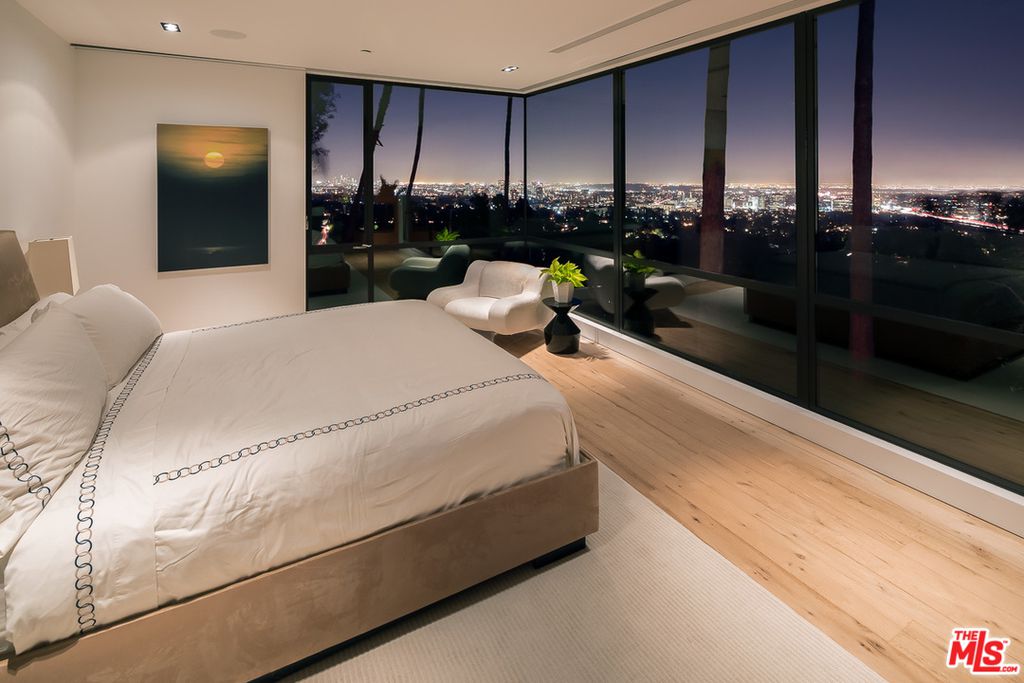 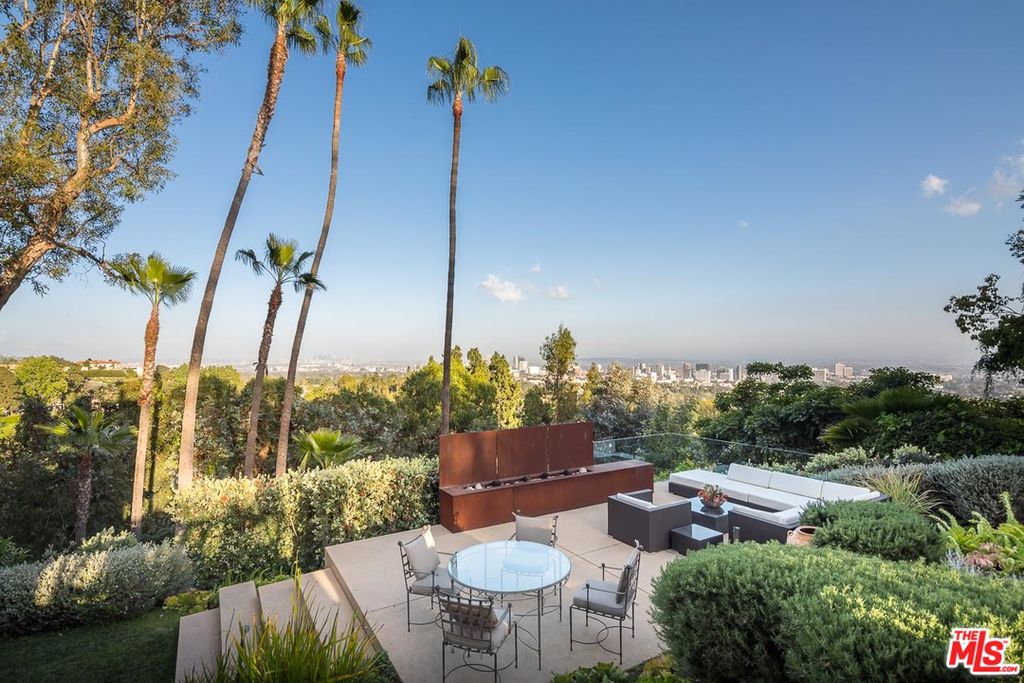 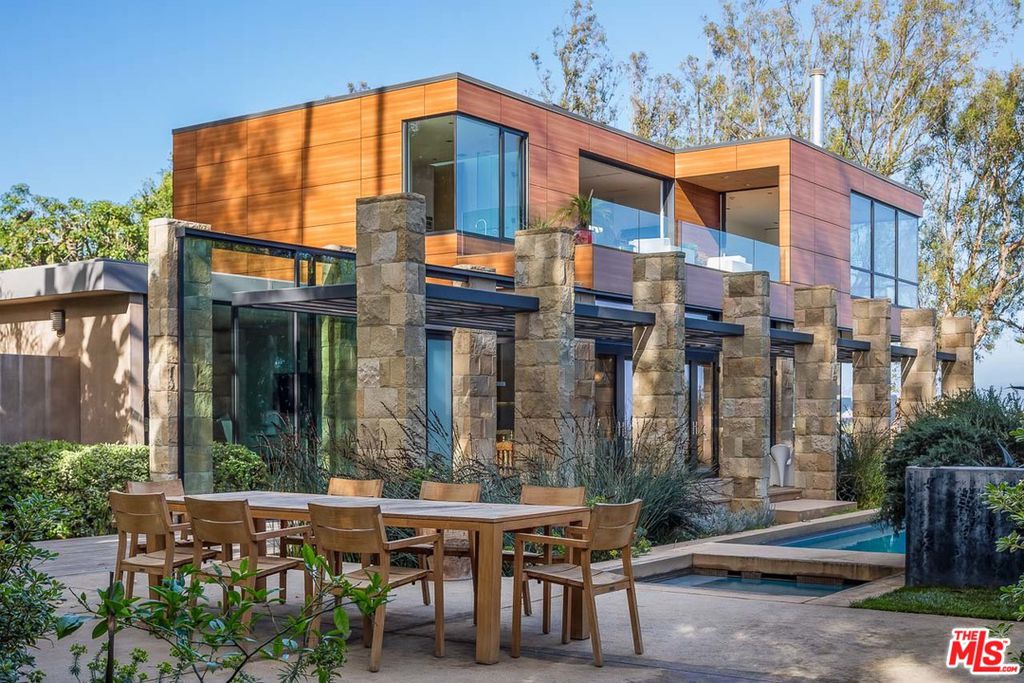 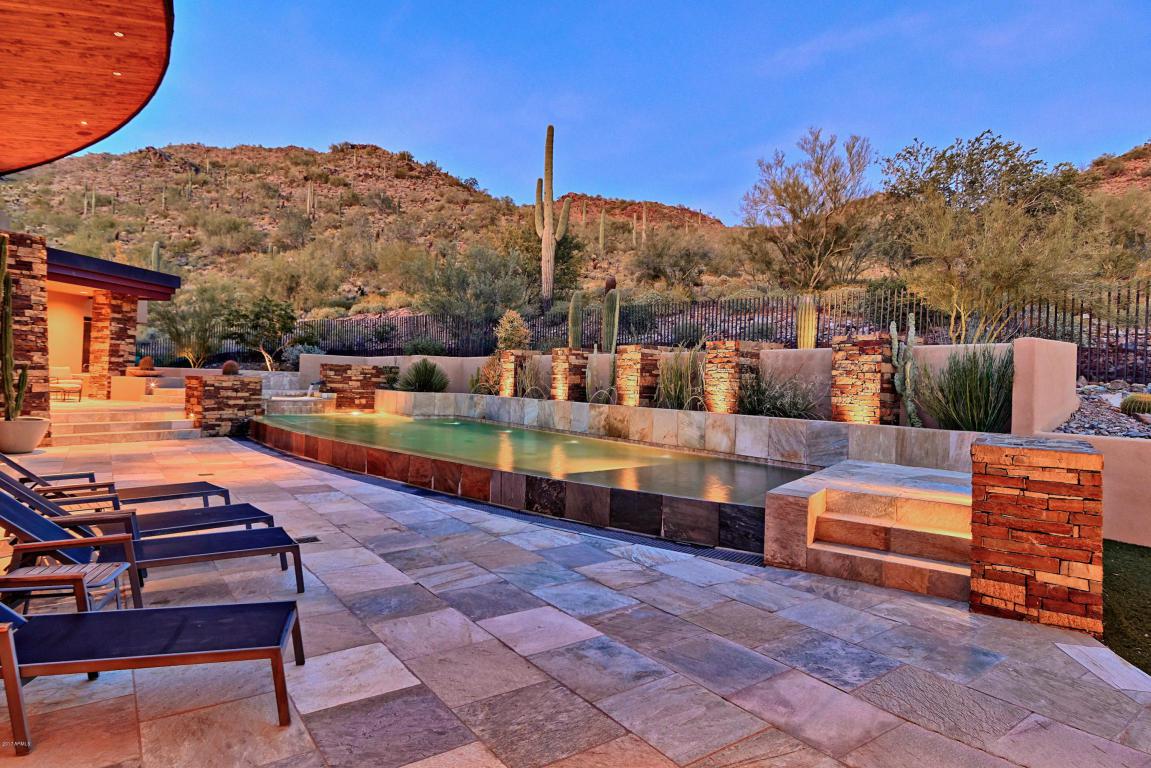 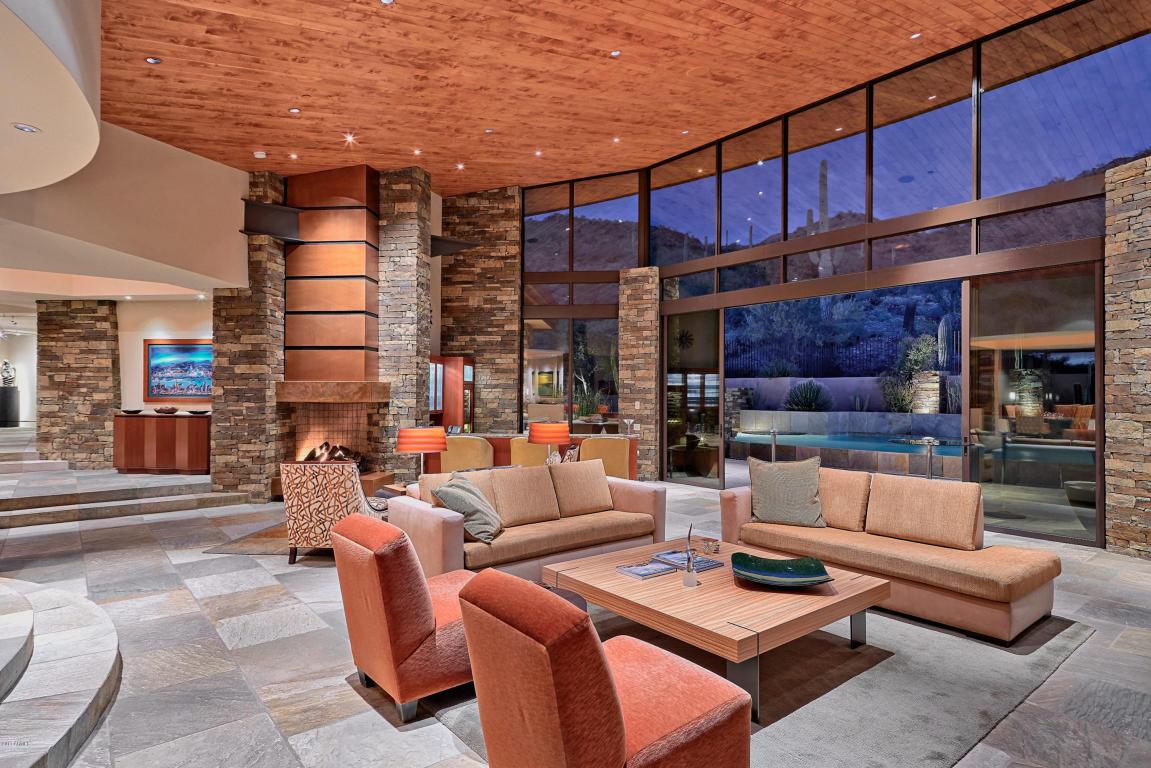 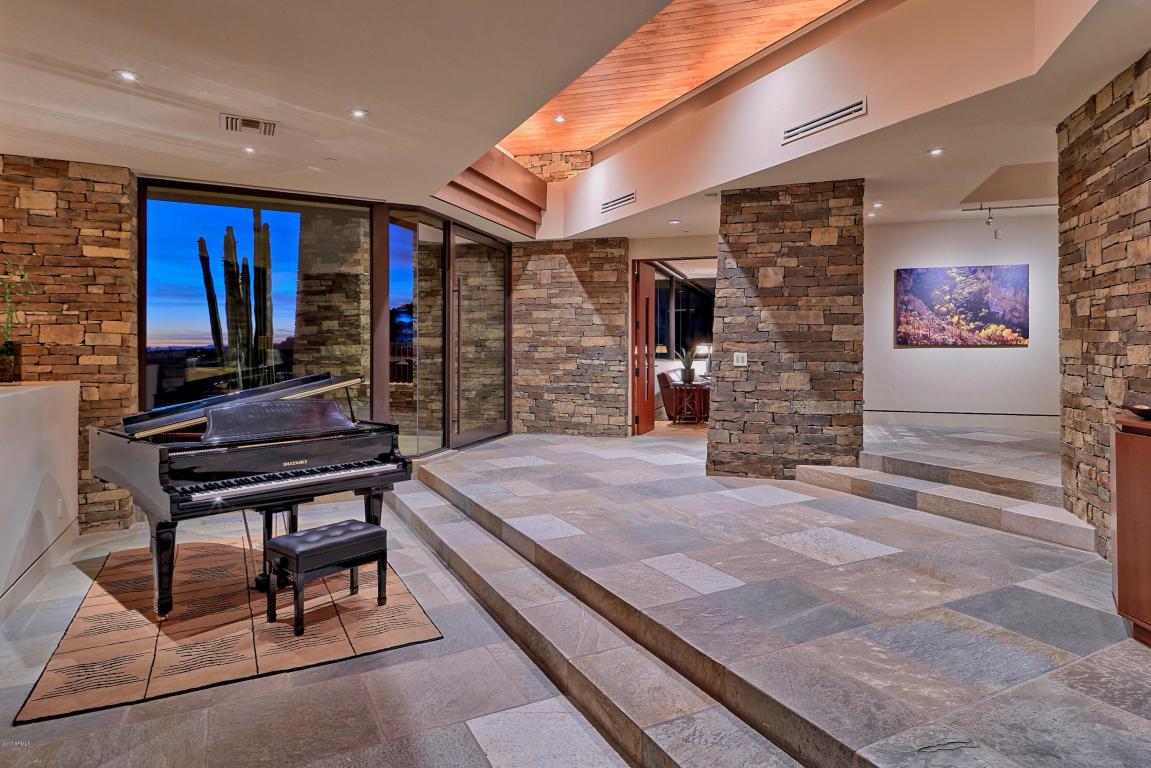 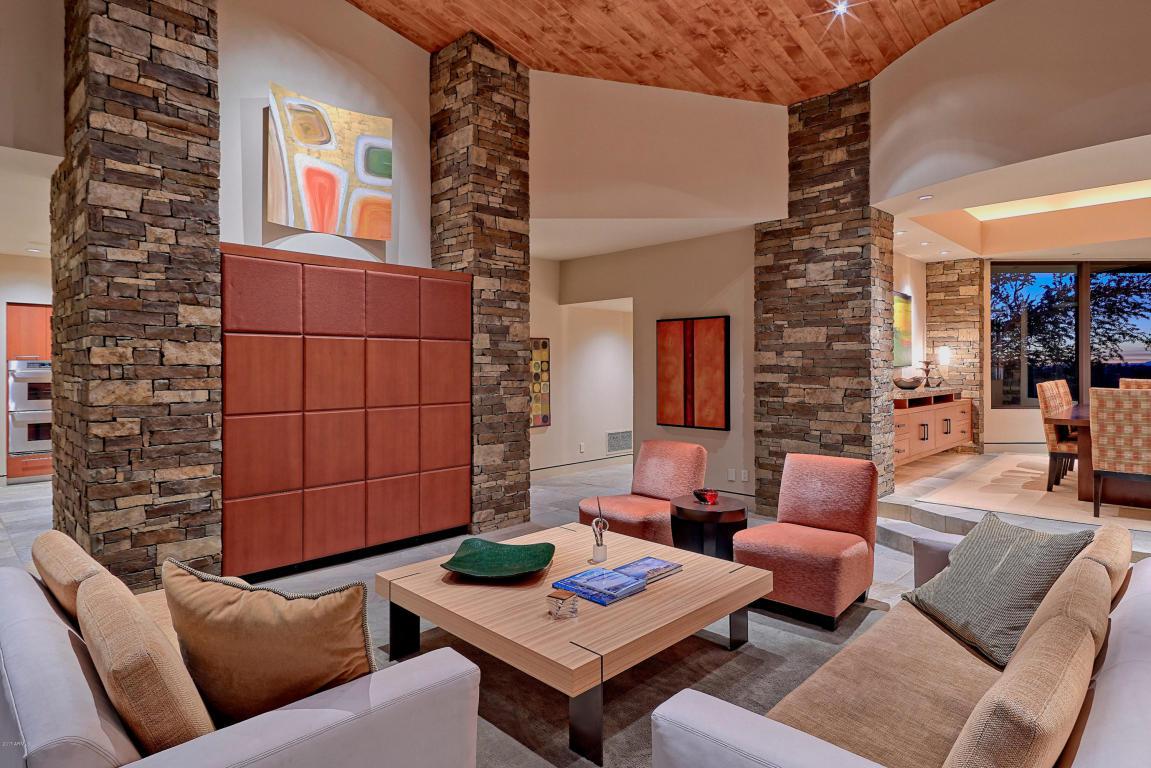 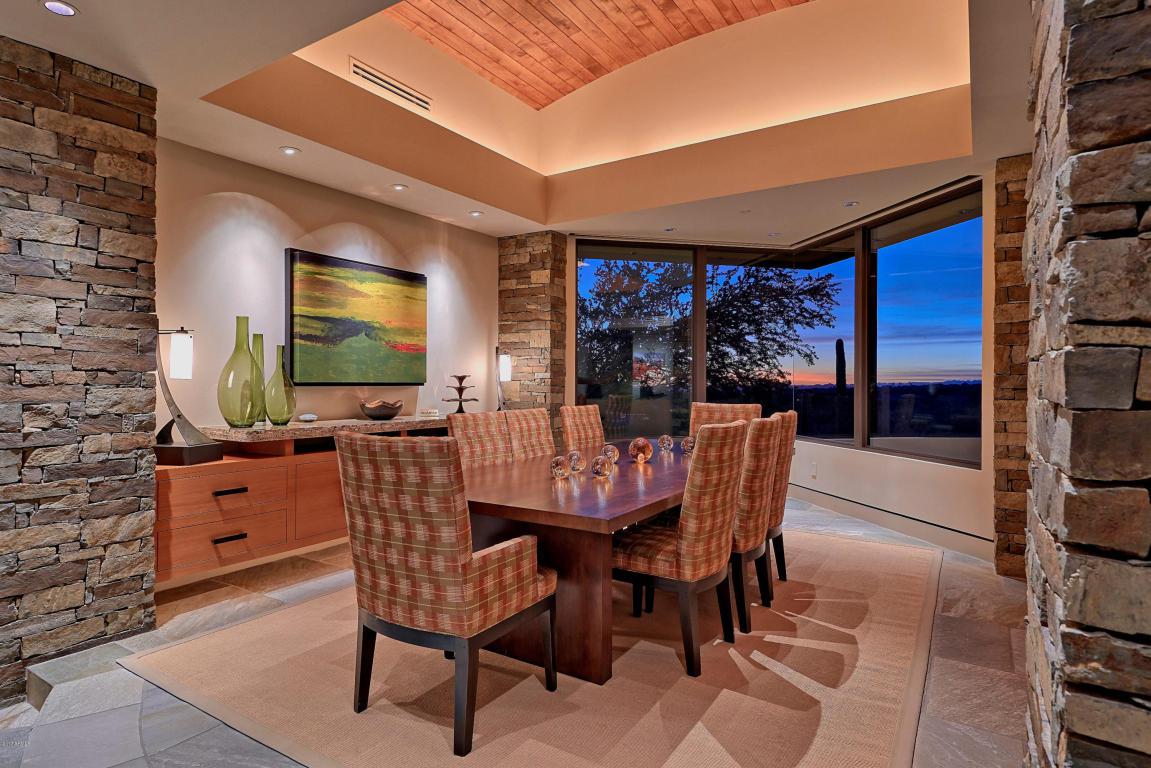 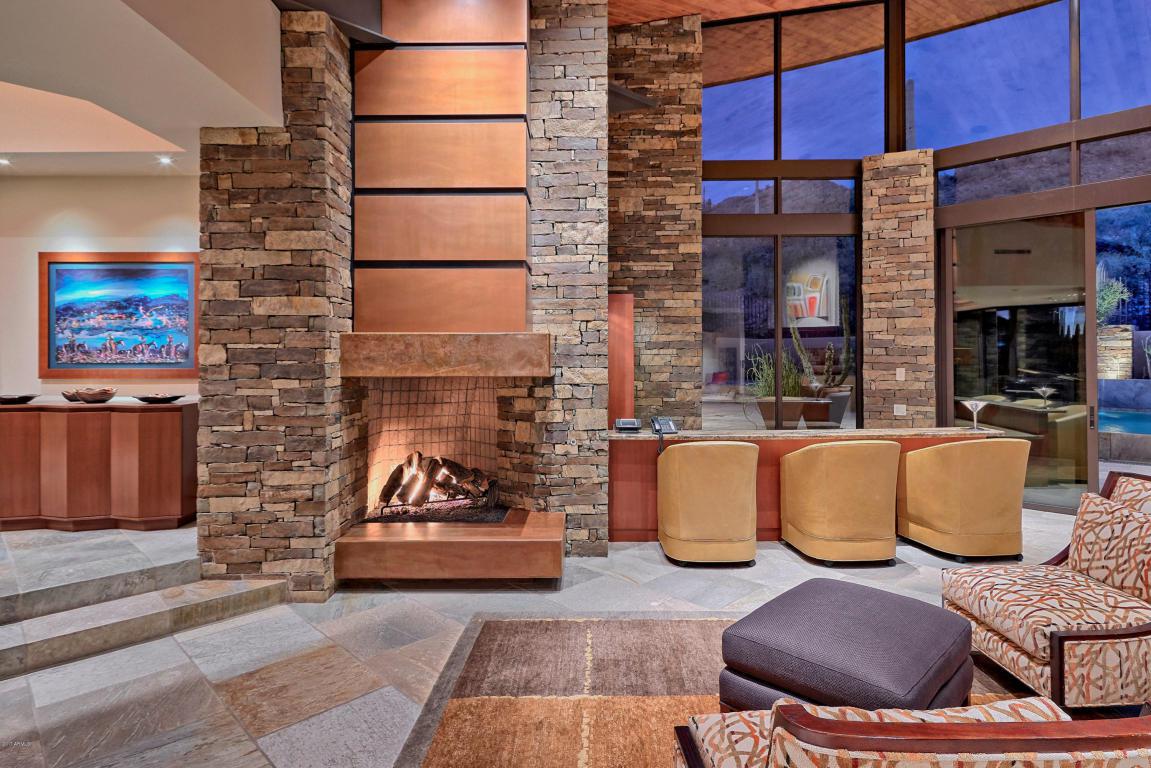 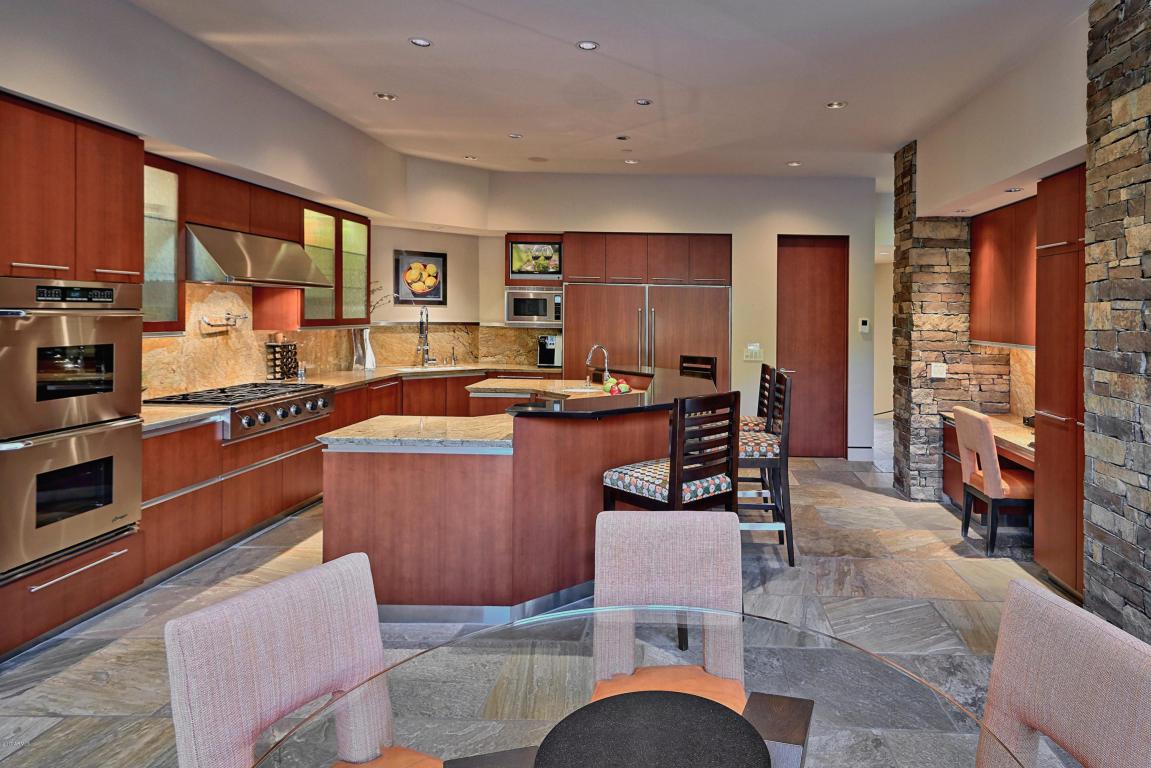 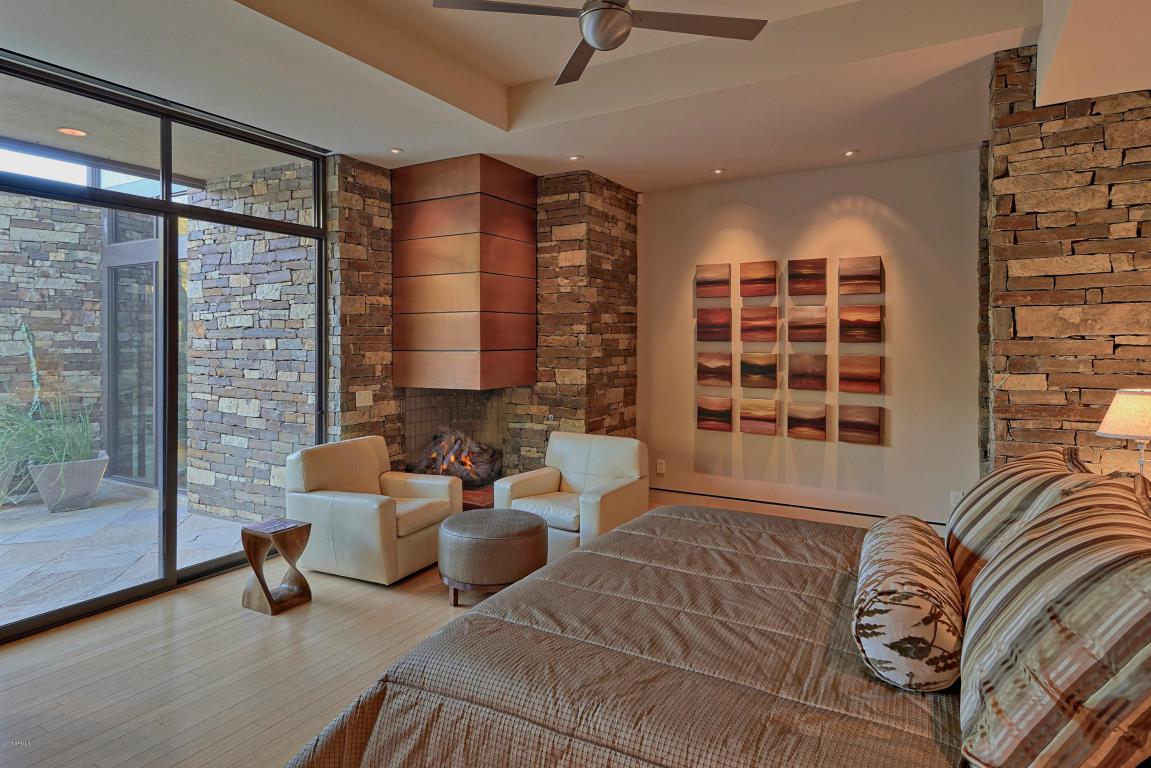 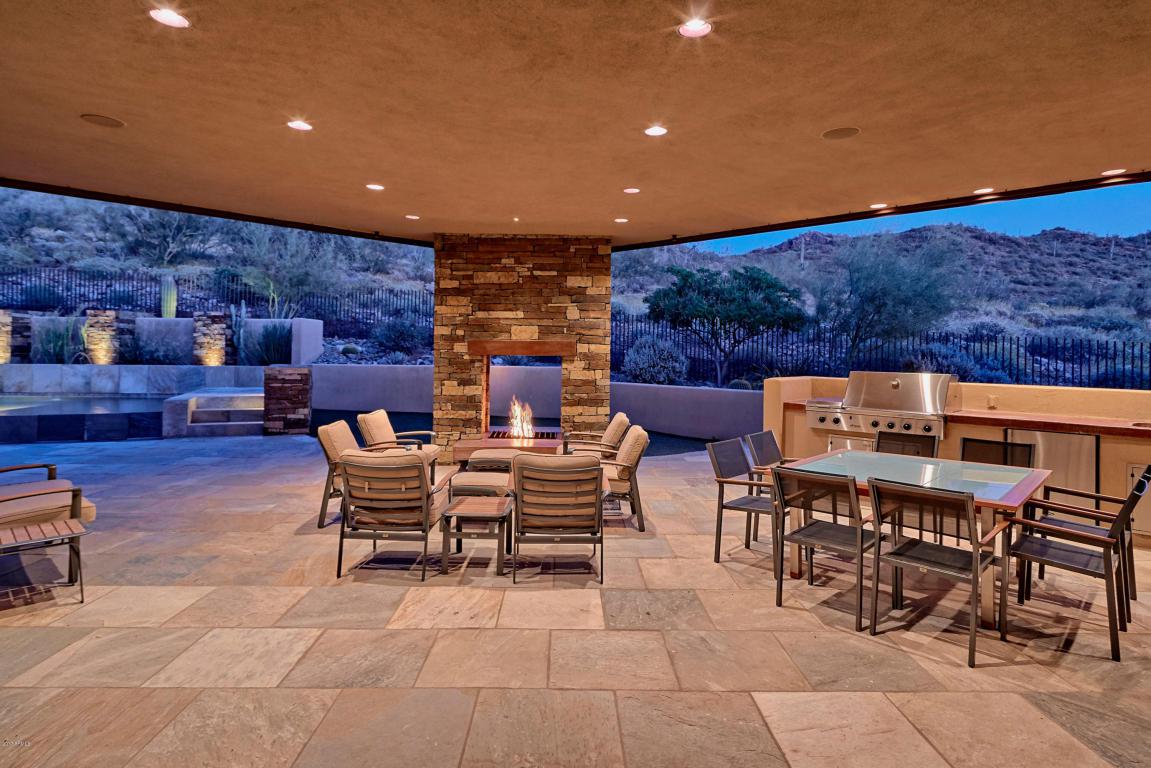 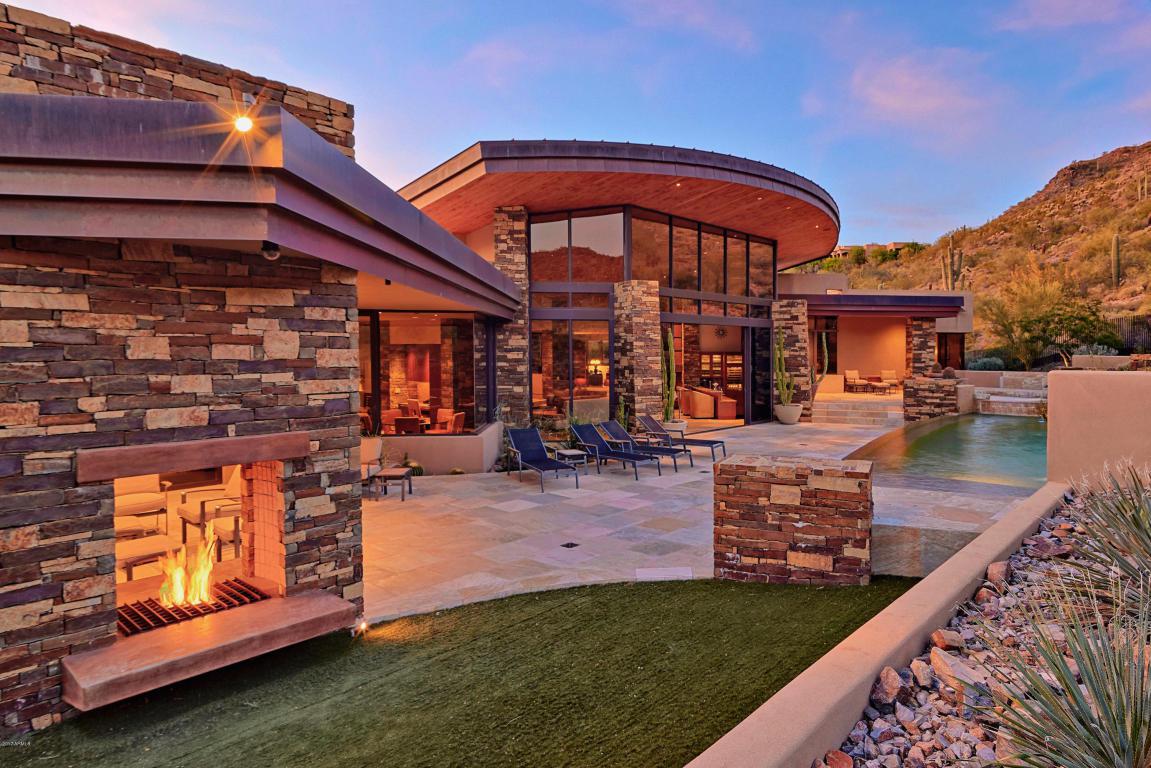 Beachfront on the sands of La Jolla Shores, this vast residence is uniquely and prominently positioned among the very few residences on this renowned beach for magnificent panoramic coastal views.Beautifully designed with 50 linear feet of frontage and glass and an expansive seaside deck for endless whitewater surf, sunset, wildlife, and people-watching.

Starchitect Robert Swatt of the renowned Swatt-Miers Architects understood complexity and the opportunities of the view lot not to mention the architects honed inclination to analyze every aspect of the experience.Considering its size, the house makes a relatively discreet impression from the street for maximum seclusion. Once encountered straight on, however, the scheme is a tour de force of architectural acrobatics, its breathtaking overhangs and column-free spans engendering a palpable sense of weightlessness. This quality is perhaps most eloquently expressed in the two independent volumes balanced atop the houses main level.The developer clearly appreciates the power of suspense, which builds as visitors enter a driveway to the massive laser measured Machiche wood (a Brazilian ironwood), smooth stucco and glass siding with a pivoted capacious walnut wood entry crowned by a dramatic approx. 24 foot ceilings that present seamless interior and exterior spaces and introduces the structures scale and luminosity. But the coup de Thtrea jaw-dropping panorama of the canyon below and the sprawling metropolis and San Francisco bay. In the foreground is an infinity edge pool and disappearing walls of glass that when those dazzling views open, the architecture recedes into the background, acting as a frame for the views from the East Bay mountains to the approx. 3,000 acre open space and Western Hills.

Rarely available: Historic estate sited for complete privacy on a 20,000' parcel with unheralded sweeping views of Lake Washington and Mt Rainier. One of the 3 original estates in Laurelhurst. Originally built as a large carriage house, it has been expanded to reflect the changing needs of its owners over the years. Spacious main level for entertaining. Upper level: master suite with jaw dropping views, 2 brs + gathering area. Lower level with guest space. Write the next chapter!

Inventory is Key to 2017 Housing Market

The housing inventory, or lack of it, dominates Freddie Mac's Outlook for April.  The company's Economic and Housing Research team says the supply of for-sale houses, especially starter homes, is at its lowest level in over ten years.  This has real implications for home sales in 2017 and, unless inventories improve, they see a decline from last year when sales were the best in a decade.

Between December 2016 and February of this year homes available for sale averaged an estimated 3.6-month supply, based on the current rate of absorption.  This was the lowest supply since 2000.  Last year there were 1.17 million housing starts and Freddie Mac estimates there will be 1.36 million this year.  However, they also project a need for 1.7 million additional units just to meet the demand created by new household formation, second home demand, and to replace existing housing stock.

Average marketing time in February was 3.0 months, compared to a historical average of 5.3 months.  This alone, the economists say, is not a cause for concern if it can be explained by an efficient market.  However, the number of homes for sale, both new and existing is significantly below pre-crisis years.  The historic average for combined inventory is 2.527 million units; in February, the number was 1.801 million.

Freddie Mac sees the inventory problem as circular.  Many existing homeowners who might like to move to a better location or to a larger home are not doing so out of fear they won't find a home they want or need and can afford.  That situation is aggravated by both interest rates and rising prices.  In some cases, homeowners who bought at the pre-crisis peak have not fully recovered their equity to an extent that they have a downpayment on a new home. Because of these factors, homeowners are staying in their homes for longer periods than before the housing crisis.

Existing homeowners who are not selling their homes add to a problem already created by pent-up demand following the housing crisis and growing numbers of Millennials who are forming households.  This problem is not unique, Freddie Mac says, to the strongest housing markets.  Tight inventories are common in most areas across the country.

Decisions by existing homeowners will impact the housing inventory but also will affect home sales this year.  Freddie Mac projects sales to decrease to 5.90 million in 2017.  The spring homebuying season depends on whether those willing to list their homes do, and those looking to buy get lucky, find a home, and buy. That will be key to understanding how the market performs over the rest of the year.

Mortgage rates, which are an important factor in home buying, could also come into play. If inflation reaches its target rate and labor markets tighten further, mortgage rates will rise as projected. This will make it difficult for some homebuyers, who might not be able to afford the higher mortgage payments and therefore might be sidelined.

Freddie Mac sees other economic news falling in line with their projections.  The labor market is continuing to strengthen, as the unemployment rate dropped to 4.5 percent in March-the lowest rate in nearly a decade, and inflation has gradually been ticking up since the start of the year. The Consumer Price Index (CPI) increased 0.1 percent in February and was at 2.7 percent year over year. Core-CPI (exclusive of food and energy components) increased 2.2 percent annually.

While full employment and rising inflation are signs of a strong economy, they also have the potential to push mortgage rates and house prices up. The higher rates and higher home prices (up 5.8 percent on an annual basis in January) create significant affordability concerns, which may continue to characterize the housing market for the rest of 2017
Today's Mortgage Rates

After stumbling just slightly yesterday, mortgage rates returned to their recent habit of setting new 2017 lows today.  At this point, we're getting closer and closer to post-election lows.  You'd have to go all the way back to November, 14th 2016 to see anything lower.
In specific terms, even more lenders have joined the majority in quoting conventional 30yr fixed rates of 4.0% on top tier scenarios.  The more aggressive lenders are now back into the high 3% territory (3.875% mainly, with a very small minority at 3.75%).  Many lenders are quoting the same NOTE rates as yesterday, but today's upfront costs are moderately lower on average.

Rates are benefiting from geopolitical uncertainty and a cooling-off of investor optimism over the Trump administration's fiscal policy path.

The bond rally, though modest today, continues.  With the trend being our friend, I continue to favor floating until you are within 15 days of funding.   If you are planning on locking today, wait until as late as possible to allow lenders to reprice for the better.  As of about noon  today, only a couple lenders have passed along some gains, and I suspect we shall see more.  -Victor Burek, Churchill Mortgage

Bond markets continued rallying in impressive fashion today, and yields hit levels last seen in mid November. Whether it's international tensions, fiscal disarray, or economic stagnation, bonds are benefiting. Hard not to consider floating here, as pricing typically takes longer to improve during rallies than it does to worsen during sell-offs. -Ted Rood, Senior Originator