#1      Santa's House, The North Pole  is "pocket listed" for $35,000,000.  The main estate residence includes 4 bedrooms, 4 baths, and over 4,000 sq.ft.  with numerous out buildings including workshop and guest house.  Seller requires life estate leaseback.

As featured on Zillow, this toy-lover's paradise nestled on 25 idyllic acres at the North Pole   is perfect for spirited reindeer games. The home, constructed in the 1800s of gorgeous old-growth timber logged on site, is steeped in Old World charm but offers modern-day amenities, thanks to a 2013 renovation.

A welcoming entryway leads to the living room with a floor-to-ceiling river rock fireplace for roasting chestnuts. The gourmet kitchen is a baker's dream, boasting an oven with 12 different cookie settings. Cookies are served directly from oven to table in the adjoining dining room.

Boughs of holly deck the hall leading to the master bedroom, which features sprawling mountain views. Jingle all the way to two charming guest rooms that guarantee visitors are never left out in the cold. Cuddle close to the wood-burning stove in the queen suite. Or bunk up in the cozy loft. The more, the merrier.

Over the river and through the woods is a state-of-the-art toy-making facility with workstations for 50 diminutive craftsmen. Nearby are a garage, with space for Santa's all-weather sleigh, and stables that board eight live-in reindeer, plus a bonus stall for red-nosed company, eagerly awaiting Christmas Eve.

This year, with less than two weeks left to go, is shaping up to be the best year for housing in a decade according to Freddie Mac's Economic & Housing Research Group. Their year-end wrap up and forecast however, sees a more mixed picture for 2017.

This  year saw home sales through November at the highest level since 2007 and construction, as measured by housing starts, were at the fastest pace since 2008.  Home prices finally erased all of the losses experienced during the downturn.  Economic growth appears to be accelerating in the latter half of 2016 and the labor market remains at full employment, but rising interest rates threaten to slow and possibly turn back housing's momentum.  The group restates its belief expressed in November that housing will stall a bit in 2017 as higher rates reduce home sales, curb the pace of growth in housing starts, and slow house price growth.

Still the fundamentals favor improvement in housing markets. Population and income growth should support housing demand going forward. Once housing absorbs the shock of higher interest rates, growth will resume.  They see 2018 as being a strong year for housing markets despite the mortgage rate forecasts.

Looking back over the past year the economists see the biggest surprise was the decline in interest rates that almost coincided with the New Year.  Despite the first hike in the federal funds rate in nine years in December 2015, concerns about overseas economic growth, particularly in Europe, started a decline in mortgage rates in January and they continued to drift down through early summer. Then the Brexit vote in late June sent the 10-year Treasury to its lowest-ever yield and pushed 30-year fixed mortgage rates below 3.5 percent.

Rates remained low throughout the rest of the summer and into early fall. At the beginning of September, rates drifted upward until they stood at 3.54 percent on the Tuesday before the U.S. election. After the election they increased by more than 0.5 percentage points in just a few weeks back to where they started the year.  As of early December, they are the highest they've been since October of 2014.

The decline in interest rates early in the year helped support housing, but the economists say that was merely the icing on the cake.  They had forecast, based on labor market strength and pent up demand for housing, that the market would perform well even with modestly higher rates. The surprising drop helped to spur housing activity to the highest levels in a decade.

Yet despite low mortgage rates and strong demand, new home construction did not pick up as fast as was forecasted last year.  Housing starts for much of 2016 remained essentially unchanged from a year earlier and well below long-term averages with the lack of available skilled labor appearing to be a primary culprit. The rate of new home construction is contributing to supply-constrained markets and making it difficult for prospective buyers to find a home.

Rising prices have improved the value of the housing stock substantially in the last five years while mortgage debt has declined.  This has increased home equity by about $7 trillion, to $13 trillion since the low water mark in the first quarter of 2009.  Freddie Mac says this improved equity position leaves American households primed to expand borrowing in coming years.

Increased equity along with near historic low interest rates led many homeowners to refinance this year.  Over the 12 months ended in September Freddie Mac facilitated about 823,000 refinancings, saving homeowners an average of $2,400 in interest payments the first year. Their current forecast is $1 trillion in single-family mortgage refinance originations by year's end, the highest total since 2012. Borrowers also are starting to take advantage of their increased equity through cash-out refinances. An estimated $42 billion was cashed out in the first three quarters of 2016, up $10 billion over the same period in 2015.

Freddie Mac extended its year-end forecast to include 2018. Over the next two years, they anticipate that economy will keep growing at a modest pace, inflation will pick up and the labor market will stay at full employment. Interest rates will gradually rise as the Federal Reserve continues on its path of policy normalization. Housing markets will slow a bit in 2017, but they will recover after they absorb the initial shock of higher interest rates.

An extraordinary estate, it is  literally beyond description. Situated in a 24-hour guard gated community with its own gates and private drive, this home is a modern architectural masterpiece of size and scale. The photos tell only part of the story, but some of the amenities include a large pool, tennis court, professional gym, theater, views, privacy, outdoor kitchen and living areas, and multiple fireplaces. A sumptuous master suite with head-on views plus two large baths and closets. Additionally, there are 6 more over-sized bedrooms ensuite, executive and house manager offices, TV room, and a guest house. Nothing has been forgotten. Interiors by Kelly Wearstler. Almost every room opens to the outdoors to make this the perfect Southern California estate.

.
The median home value in Scottsdale is $413,200. Scottsdale home values have gone up 3.6% over the past year. Zillow predicts they will rise 1.8% withiin the next year.

The median home value in Carefree is $729,000. Carefree home values have gone up 3.6% over the past year.  Zillow predicts they will rise 1.7% within the next year.

Perched above city lights and mountain views, this remarkable contemporary, multi-level residence was recently remodeled with beautiful finishes. The elegant entry features a sculptured water feature, floating stairway and access to the elevator, guest retreat and garage. Large glass walls frame the views in the great room and kitchen with waterfall island, cooking island, casual dining area and wet bar. The adjacent formal dining room has a built-in table for 12 made of stainless and in-laid granite with a modern chandelier. A walk-in movie theater is just off the great room with padded acoustic walls, wild animal carpeting and seating for 8. The master level offers a spacious bedroom with sitting area, balcony and fireplace into the spa-style master bath, workout room and custom closet.

The median home value in Sausalito is $1,217,500. Sausalito home values have gone up 3.0% over the past year. Zillow predicts they will rise 1.3% within the next year.

The median home value in Tiburon is $2,383,000. Tiburon home values have declined -0.1% over the past year. Zillow predicts they will rise 1.2% within the next year.

The median home value in Seattle is $611,500. Seattle home values have gone up 14.4% over the past year. Zillow predicts they will rise 6.3% within the next year.

The median home value in Bellevue is $743,500. Bellevue home values have gone up 13.9% over the past year. Zillow predicts they will rise 5.9% within the next year.


10.4% over the past year and Zillow predicts they will rise 4.8% within the next year.

Tranquility, Seclusion, and most importantly, LOCATION. This brand-new modern home boasts  2-fireplaces, high-end appliances (including W&D), high-efficiency heating & cooling, radiant polished concrete slab, multiple decks to enjoy the peaceful surroundings, pre-wired for TV and internet in every room (as well as 7.1-surround and projector on the 3rd floor) - and that's just the  house! The community has a dedicated beach access, easy access to I-90, and top-ranked schools!

Mortgage rates did nothing today.  They did less than nothing.  This week is already easily on track to be the calmest since the election.  And if tomorrow is similarly lifeless, it will be one of the calmest weeks ever.

Oftentimes, I'll note that it's the AVERAGE effective rate that's "unchanged."  Indeed, it's quite uncommon for almost every single rate sheet in our ongoing study to be the same as the previous day.  But that's exactly what happened today.  In fact, this week's rate sheets have seen less change  overall than any other week this year.

This is to-be-expected, to some extent, due to seasonal considerations.  The fact that underlying bond markets have been holding steadier than normal accounts for the extra stability in mortgage rate sheets.

Stability may be worth something, but it's not the greatest thing in the world when rates are staying stable near the highest levels in more than 2 years.  4.375% remains the most prevalent conventional 30yr fixed quote for top tier scenarios.  Several lenders still up at 4.5% and a few are down at 4.25%.

Barring the unforeseen, lenders will have little incentive to make meaningful adjustments to rates between now and the end of the year, thus decreasing the risk and reward associated with a "lock vs float" decision.

Weaker inflation data was the highlight of the morning.  As Matt Graham has been writing for days now there is limited activity in trading as most people are focused on the holidays.  That being said, locking in makes the most sense.  Avoiding any unpredictable volatility that may be coming our way.  Defense wins championships.  -Gus Floropoulos, VP, The Federal Savings Bank 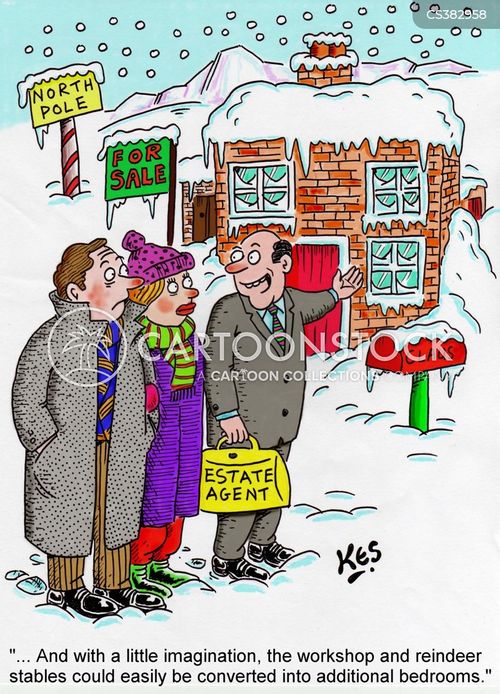 .
Thanks for reading today's Blog.  Looking for more information?  Have a comment?
Please call, text or email me.  Most importantly, have a great day! 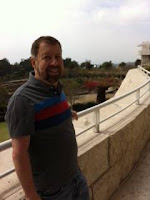