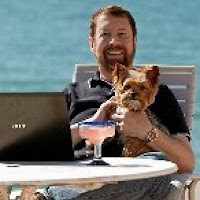 "A mansion is a large and stately dwelling"

The word mansion derives through Old French from the Latin word mansio "dwelling", an abstract noun derived from the verb manere "to dwell". The English word "manse" originally defined a property large enough for the parish priest to maintain himself, but a mansion is no longer self-sustaining in this way.  'Manor' comes from the same root—territorial holdings granted to a lord who would remain there—hence it is easy to see how the word 'Mansion' came to have its meaning.  Windsor Castle located in Berkshire, England is the largest mansion in the world with around 484,000 sq.ft 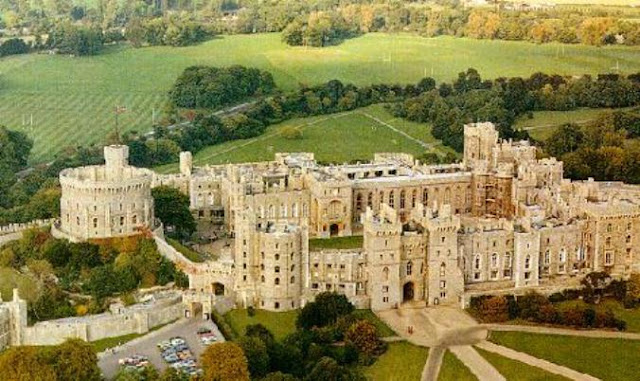 A spectacular contemporary bluff-estate in Malibu. Situated on a private 1.94-acre bluff, at the end of a gated tree-lined driveway. Enjoy sweeping ocean views from the moment one enters the foyer and stares down the 100-foot grand hallway. A peaceful interior offers Beaumaniere stone floors, dark wood, and walls that were hand-finished in white venetian plaster. Pocket doors throughout open to a lush tropical landscape with private steps leading down to Malibu Road. The exterior grounds feature an abundance of space for entertaining, with a pool, spa, bbq, and beautiful terraces with lounges. Perfect for casual indoor-outdoor living, this resort-like compound also features a state of the art tennis court, gym, guest-suite with its own entrance, staff quarters, and 6 luxurious bedrooms, including a his and hers master suite with a massage room, retreat, spa and fireplace. 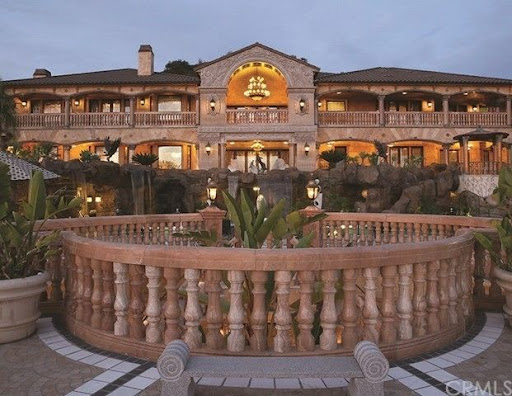 The Bradbury Estate sits on more than 9 acres of promontory with a spectacular breathtaking view on a secured gated enclave of one of the Most Expensive Zip Codes in the United States. The stone-paved driveway is lined with towering palms, emerald fairway and green of a private golf club, barbecue, tennis court and a clubhouse. As you arrive, your  attention is divided between the guest pavilion, water grotto and magnificent grounds. The spectacular water grotto on a crystalline pool with multiple 10 ft. waterfalls cascading over cool stone alcoves serves as a tropical oasis with a slide and a full entertainment wet bar. The Main Resident’s entry is adorned with expansive marble Corinthian columns with a dramatic entry door guarded by the traditional imperial lions. Throughout the estate’s
30,000 square feet of interior splendor, only the finest materials in the world have been used – marble, jade and exquisite woods. The estate features inlaid marbled floors, magnificent 22 karat chandeliers, luxurious baths, vaulted ceilings, a state of the art Theater, a Culinary Center, a Spa, Sauna, a Private Gym and a Wine Cellar. The expansive Ballroom has a spacious full-service bar, surround sound system and multiple television screens. This exotic masterpiece truly displays the opulence, conveniences and accoutrements uniquely reserved for royalty or for an Imperial Palace. It stands above the rest in grandeur, making it one of the Most Distinctive World-Class Estate!

Why The Housing Market Could Keep Rising For Years.

The number of first-time homebuyers could increase by a third over the next five years, adding a big boost to the housing market and the broader economy, according to a new study.

Credit reporting firm TransUnion estimates that up to 17.1 million first-time buyers are poised to enter the housing market over the next five years. That’s up 32 percent from the 12.9 million buyers in the last five years.

“From a consumer perspective, it’s important for wealth building and housing stability,” says Joel Mellman, vice president  TransUnion. “For communities, it stimulates economic activity. The first domino in the housing chain is the first-time homebuyer.”

The increase comes as Millennials age and become more financially secure. A separate study released Tuesday from  found that more young adults are employed full time compared with a year ago and that four out of five report that they are in “good” or “excellent” financial health compared  2015.

“The first-time homebuyer has become younger,” Mellman says. During the housing boom, investors crowded out first-time homebuyers and during the recession, younger people were hit hardest with unemployment or underemployment along with stricter mortgage requirements. “Now, those forces are easing up,” he says.

Americans planning to buy a home soon — whether for the first time or not — should take several steps to improve their credit profile before purchasing. Pay off all credit card balances in full each month. Don’t be late on payments and don’t go over credit limits, says Mellman.

A half-point higher in interest rate, which is set based on credit history, can mean almost $60 a month more in a mortgage payment and more than $20,000 more in interest over the life of the mortgage.

Mortgage Rates were steady to slightly lower today, which keeps them fairly close to 4-month highs.  3.625% continues to be the most prevalently-quoted conventional 30yr fixed rate for top tier scenarios, but some of the more aggressive lenders are still at 3.5%.
After rising sharply in the first half of the month, rates have leveled-off this week.  This could be happening for several reasons.  On the most basic level, rates (or any financial instrument for that matter) tend to take periodic breaks during broader directional trends.  In other words, if rates are rising consistently, in general, we might expect to see a few days where rates are sideways to slightly lower every now and then.   It's part of the natural ebb and flow of market movement.

Rates could also be pausing in anticipation of tomorrow's potentially important announcement from the European Central Bank (ECB).  Even though US mortgage rates are most directly influence by US mortgage-backed securities, global bond market volatility is only a few degrees of separation away.  Because any surprises from the ECB can easily cause big moves in global bond markets, US mortgage rates would certainly feel it.  At the moment, the concern is that the ECB will confirm recent rumors that its close to announcing some sort of reduction in the pace of its asset purchases (which are a big part of the low rate environment in general).

The ECB may or may not address the topic at this meeting, but if they do, rates are at risk of sharper movement, for better or worse.

Charts are telling a tale of an uptrend in rates that is poised to continue.  Until we see something to disrupt this trend the intelligent decision is to lock in.  We are in the final stage of the presidential race, the final stretch toward the Fed's decision to potentially hike rates in December, and poised to find out if Europe is headed toward a taper tantrum.  Until these major milestones pass, I think most bond traders will be hesitant to get behind to a strong move to lower rates.  Their outlook is defensive.  Ours should be too. -Gus Floropoulos, VP, The Federal Savings Bank 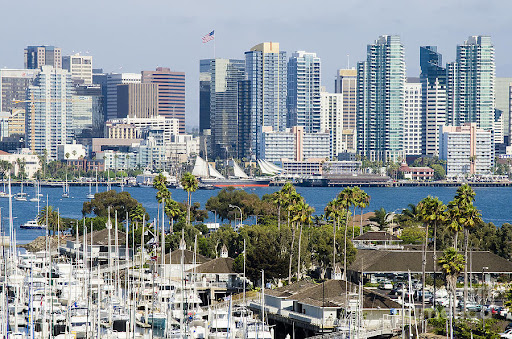 Atop an elevated, usable 2.04 acres sits this fabulous Tuscan estate. Ideally located in the Roger Rowe School District within the exclusive gated community of The Summit in Rancho Santa Fe, this estate offers 7 generous bedroom suites and lush tropical grounds. Upon entering the grounds, you are immediately captivated by the panoramic views, sense of warmth and privacy. 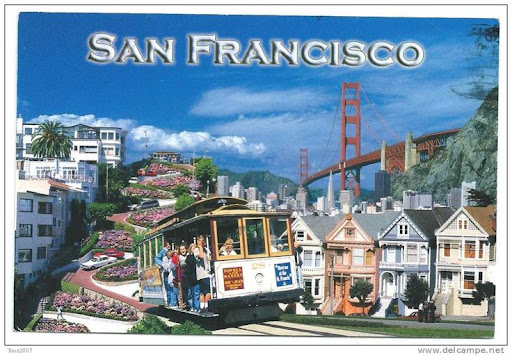 The median home value in San Francisco is $1,104,000. San Francisco home values have gone up 0.6% over the past year and Zillow predicts they will fall -0.4% within the next year.

The median home value in Sausalito is $1,203,400. Sausalito home values have gone up 6.6% over the past year and Zillow predicts they will rise 0.9% within the next year

The median home value in Tiburon is $2,360,800. Tiburon home values have gone up 2.6% over the past year and Zillow predicts they will fall -0.0% within the next year.

The median home value in Saratoga is $2,331,600. Saratoga home values have gone up 1.1% over the past year and Zillow predicts they will fall -1.1% within the next year.

Welcome to the Light House! Four years in the making this one of a kind townhome is like nothing you have seen before. Across from the newly renovated Dolores Park this home has been crafted from a restored church. Private entry leads to the great room with 30 ft ceilings and the whole width of the building, polished cement flrs, exposed brick, steel beams as well as original and repurposed woodwork is nothing short of breath taking. The open chef's kitchen. The Master bedroom is bright with lots of natural light, huge closet and stunning granite bath. There are 2 more full baths, dens, family/media rooms, bedrooms with exposed brick, 2 car garage parking, storage rooms and more. Complex
has its own private park. Like nothing you have seen! 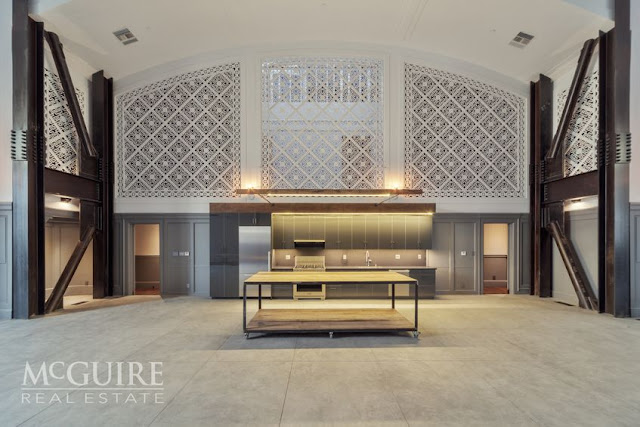 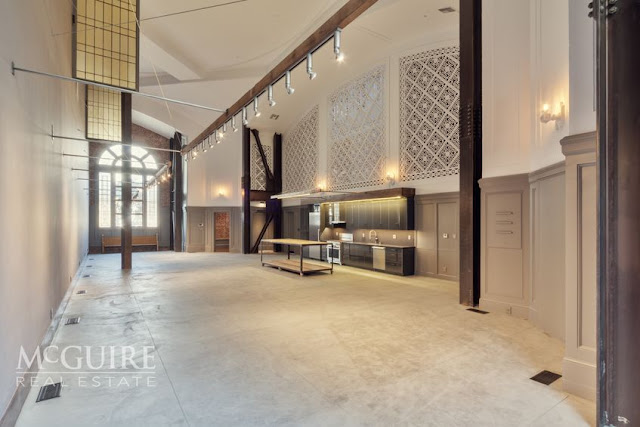 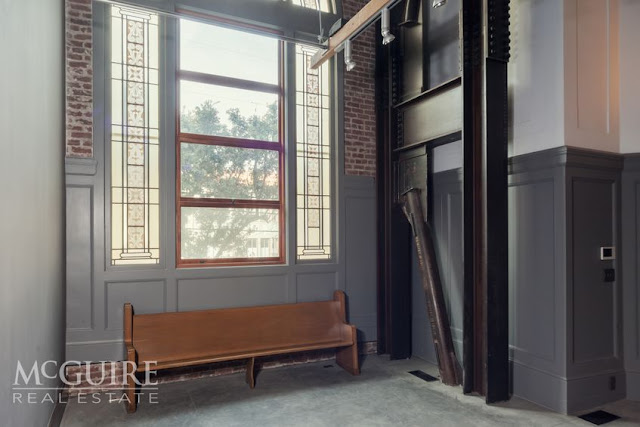 Luxury living at the Four Seasons! This magnificent residence is a study in class with timeless and elegant finishes and a spacious floorplan perfect for entertaining, all while admiring wonderful views from every room. The grand living room has walls of windows and corner views stretching from Twin Peaks and wrapping around the City to Alcatraz. A gracious dining room and eat-in chef's kitchen both feature captivating Bay views, while the elegant master and guest bedroom capture a tower of the GG Bridge. Additional custom library/office/guest with a Western picture window. Additional building amenities include a 24-hour doorman/concierge, 2-car parking, and access to the amazing Four Seasons Hotel services and the Sports Club LA.

The median home value in Malibu is $2,500,600. Malibu home values have declined -0.8% over the past year and Zillow predicts they will fall -0.7% within the next year.

The median home value in Beverly Hills is $2,998,500. Beverly Hills home values have gone up 4.7% over the past year and Zillow predicts they will rise 0.2% within the next year.

Located in the Upper Brentwood Mulholland view corridor and perfectly sited behind a gate and down a long driveway, this modernistic new construction architectural is one of a short list of properties that enjoy both unobstructed panoramic views and privacy. This beautifully constructed single story home has no detail overlooked. From the moment of entrance, you are welcomed by head on majestic and breath-taking vistas of the cities of the San Fernando Valley and the Santa Monica Mountains. With White Oak Hardwood Floors, walls of disappearing glass doors that open to a voluminous deck, and an infinity pool, the expansive open floor plan flows seamlessly between living, dining, and kitchen areas.The house offers a unique personalized living experience as there are dual master bedrooms at either end of the home. With numerous amenities, this "Smart House" has a premium of finishes and fixtures, including ceaserstone counter tops, Miele appliances, and more.

The median home value in Kirkland is $576,800. Kirkland home values have gone up
14.6%  over the past year and Zillow predicts they will rise 7.1% within the next year.

The median home value in Seattle is $592,200. Seattle home values have gone up
15.3% over the past year and Zillow predicts they will rise 6.9% within the next year.

The median home value in Bellevue is $730,000. Bellevue home values have gone up 13.6% over the past year and Zillow predicts they will rise 5.9% within the next year.

The median home value in Mercer Island is $1,240,400. Mercer Island home values have gone up 12.2% over the past year and Zillow predicts they will rise 6.4% within the next year.

Let's go look!   Thanks for reading today's Blog. Looking for more information?  Have a comment? Call or email me.  Most importantly, have a great day!